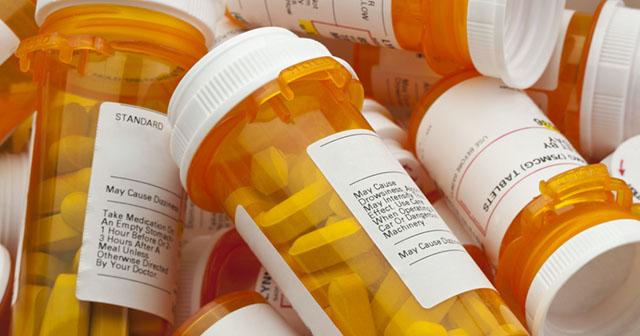 In an attempt to address the rising cost of healthcare in the United States, the Trump administration recently unveiled a plan to reduce the cost of prescription drugs. This issue is important not only for the quality and affordability of healthcare for all Americans, but also because it has significant implications for our nation’s fiscal future.

The Rising Costs of Prescription Drugs 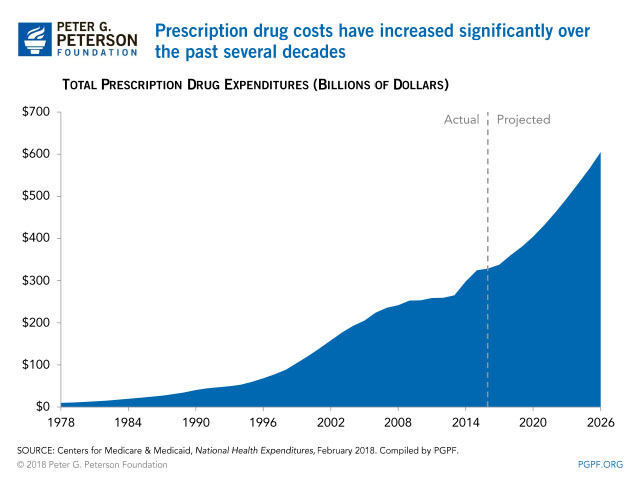 Why Are Prescription Drug Costs Increasing So Rapidly?

The rise in prescription drugs costs can be attributed to many factors. Prices for prescription drugs, arguably the largest driver of costs, have been increasing substantially over time. For example, a recent report by the Senate Homeland Security and Governmental Affairs Committee found that, on average, prices for the 20 brand-name drugs that are prescribed most often for seniors have increased by 12 percent every year for the last five years. Inflation over that period averaged only 1.5 percent annually.

According to the Commonwealth Fund, possible explanations for increases in prescription drug prices are:

The Impact on Medicare

Primarily due to a growing and aging population, Medicare Part D has grown from 22 million enrollees in 2006 to about 44 million enrollees in 2018. That figure is expected to continue climbing as more baby boomers approach retirement age and becoming eligible for Medicare. The Congressional Budget Office projects that Medicare Part D enrollment will reach 61 million by 2028, almost a 40 percent increase from 2018. 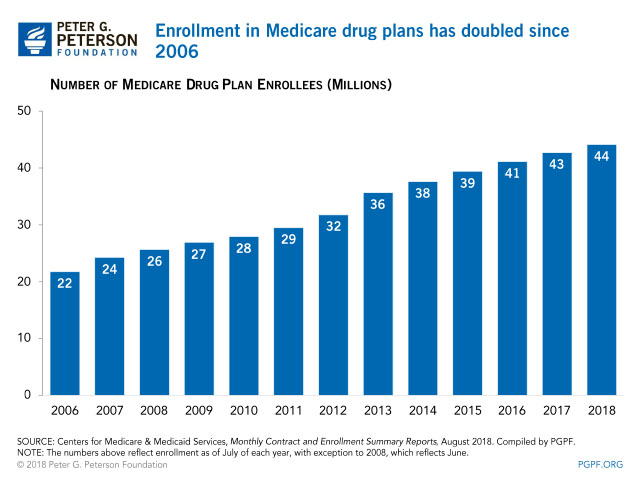 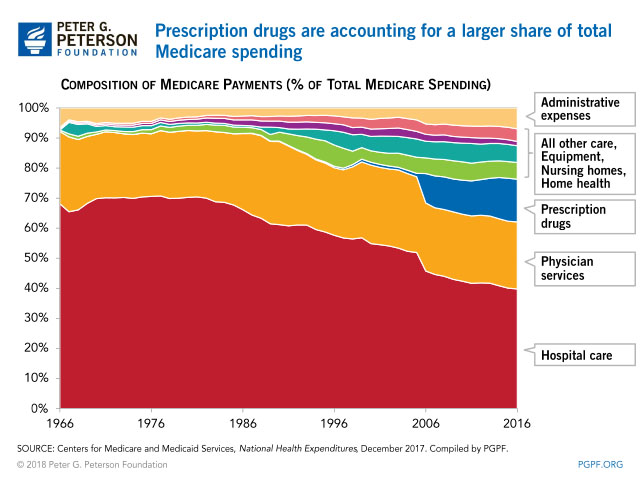 The rising costs of prescription drugs and their effect on Medicare could have serious consequences on our healthcare system and our nation’s long-term fiscal well-being. Containing those costs would be one step towards America’s long-term financial sustainability.