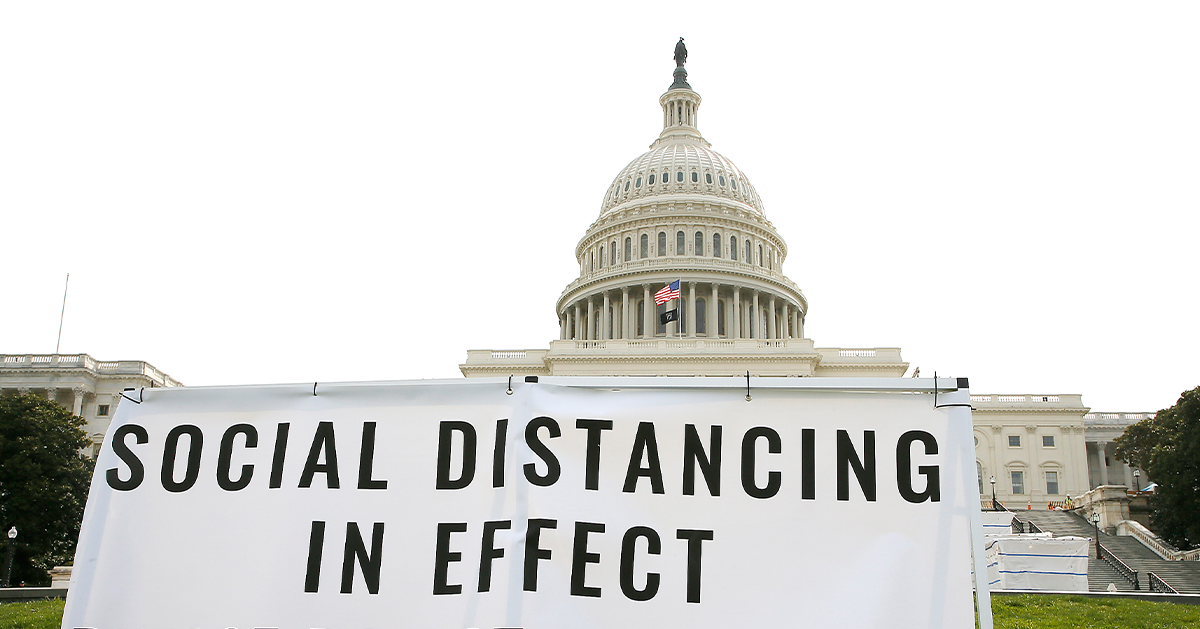 The recent outbreak of COVID-19 has caused a severe public health crisis as well as substantial economic disruption for every American. Policymakers have been considering legislation to help manage the pandemic and mitigate the economic burden on families and businesses.

So far, lawmakers have enacted four separate pieces of legislation, costing approximately $2.4 trillion. Below is a quick recap of that legislation.

As an initial response, policymakers enacted legislation in early March that provided $8.3 billion in emergency funding for public health agencies and coronavirus vaccine research. That bill appropriated $7.8 billion in discretionary funding to federal, state, and local health agencies and authorized $500 million in mandatory spending through a change in Medicare.

On March 18, the Families First Coronavirus Response Act was enacted to provide economic support to those in need. That legislation, totaling $192 billion, included a number of key components, including:

As a follow-up, lawmakers enacted the CARES Act, a relief package of around $2 trillion, on March 27 to address the near-term economic impact the virus is having on families and businesses. Some of the key items in the legislation include:

On April 24, policymakers enacted the Paycheck Protection Program and Healthcare Enhancement Act. That bill, totaling $483 billion, will provide an additional $383 billion in economic support for small businesses ($321 billion to replenish the PPP, $60 billion for emergency lending for small businesses, and $2 billion for salaries and expenses to administer such programs), another $75 billion in funding for hospitals, and about $25 billion to fund more testing for the pandemic.

Will More Support be Needed?

While the legislation enacted thus far may help mitigate the economic burden from COVID-19, many analysts believe that further support may be needed.

As the Brookings Institution notes, fiscal policy can be used now to cushion the economic downturn as much as possible. However, they suggest it should also aim to set the appropriate conditions for the economy to recover once the restrictions on economic activity are removed. As such, multiple fiscal packages may be needed. Brookings notes that after an initial stimulus is enacted, the United States could allow subsequent payments to those in need to vary with health and economic conditions over time.

If major economic disruptions continue in the coming months and further support is needed, the Progressive Policy Institute (PPI) notes that future legislation should be structured in a way that is directly tied to the health of the U.S. economy. That structure, according to PPI, should include expanding automatic stabilizers — features of the tax code and social safety net that offset fluctuations in economic activity, causing taxes to fall or federal spending to rise during an economic downturn — as those features are more quickly responsive to changes in economic conditions.

Furthermore, scholars at the American Enterprise Institute (AEI) note that providing support to businesses, especially small- and mid-size businesses, will continue to be crucial. AEI suggests that while the PPP is a bold new program to preserve business and employment relations, it can be made more effective. They suggest revising the program to fund non-payroll costs, assure lenders they will not be held responsible if borrowers misrepresent themselves, and increase funding for the program at a level commensurate with demand so that borrowers are not discouraged from applying.

The Center for American Progress suggests that the United States can learn from the economic measures taken by other countries to inform current and future responses. Specifically, such responses should involve prioritizing support to those who cannot work, providing relief to keep small- and mid-size businesses intact, suspending or reducing tax and housing payment obligations to avoid defaults, and providing direct support to crucial sectors in need such as healthcare.

Whether a future response is needed will be an ongoing conversation; such plans are yet to be developed and the policy landscape remains highly fluid. There is a critical role for the federal government in responding to this unprecedented situation, which includes complex and unique threats to our economy and public health.