How Does Climate Change Affect the Federal Budget? 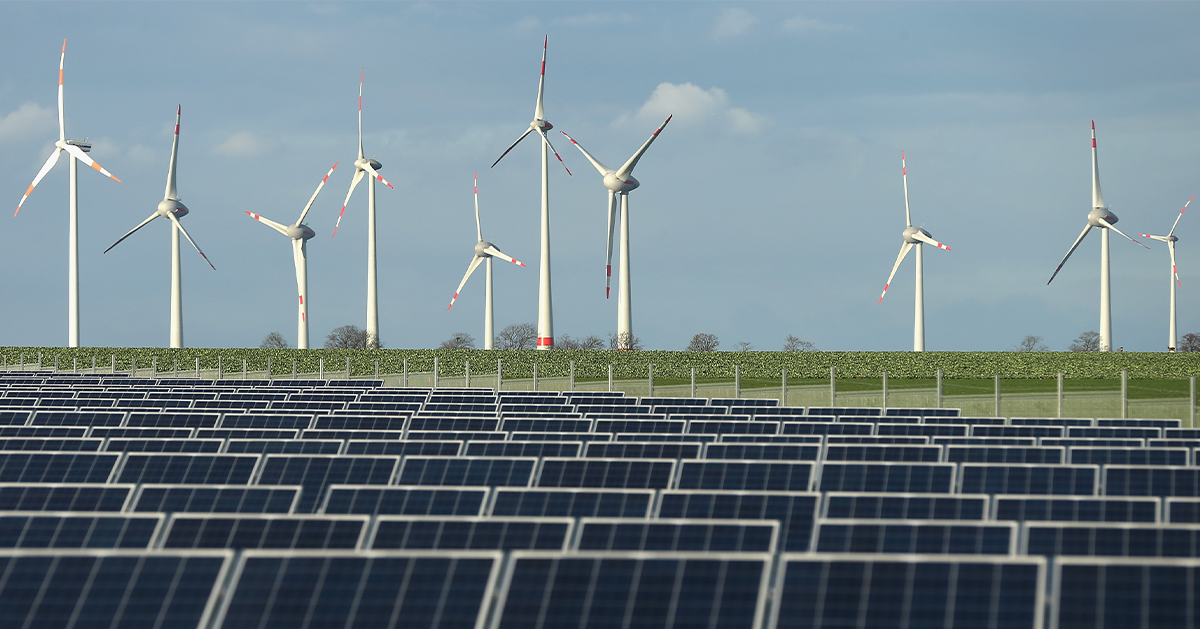 Climate change and its effects already impose a cost on the American economy and the federal budget — and looking ahead, the impact could be even more significant. In a recently released report, the Congressional Budget Office (CBO) outlines how higher temperatures, rising sea levels, and frequent severe storms can cause economic harm that increases federal spending and lowers revenues. CBO also describes ways that legislative mitigation and adaptation policies can reduce the fiscal and budgetary impact of climate change. Below, we summarize the report and review its findings.

Global warming is associated with various environmental consequences including rising sea levels, increasing average global temperature, and increasing frequency of major storms — each of which can have a negative impact on U.S. economic activity. Most notably, hurricanes, flooding, and wildfires reduce the nation’s output of goods and services by damaging buildings, equipment, and inventory. In 2020, the United States sustained an estimated $95 billion of such losses caused by natural disasters. Some aspects of climate change can have both positive and negative effects; for example, rising temperatures may increase the supply and productivity of agricultural lands and outdoor workers in some regions and decrease them in others. However, CBO expects those negative effects to outweigh positive effects and reduce economic growth, on net.

Overall, climate change is expected to lower the level of real (inflation-adjusted) gross domestic product (GDP) by 1 percent in 2051 if changes remain on the same trajectory. CBO highlights three ways the economic impact of climate change can affect the federal budget: by lowering revenues, increasing spending on mandatory programs, and affecting decisions for discretionary spending.

a. Climate Change Can Result in Revenue Loss

As climate change reduces the nation’s economic output, the amount of income subject to income and payroll taxes may also shrink, and as a result, federal revenues would fall. In addition, climate-related damages may also reduce income tax revenues as more people are able to deduct from their taxes losses of personal property caused by federally declared disasters that are not covered by insurance.

b. Climate Change Can Cause Increases in Mandatory Spending

Climate change can impact spending on mandatory programs in several ways. Increased illnesses caused by factors of climate change such as heat exposure and injuries from storms can boost healthcare costs for major programs such as Medicare and Medicaid. Similarly, spending on Social Security and Supplemental Security Income would rise if injuries force people to retire earlier or if disability rates increase. Tragically, CBO also notes that the effects of extreme weather from climate change may cause increased death or shorter lifespan among recipients of those programs, which would lower spending in those programs on aggregate. Increased frequency of severe storms and the damages they cause can also affect spending on programs like the National Flood Insurance Program.

c. Climate Change Can Cause Increases in Discretionary Spending

CBO finds that climate change and the resulting damages may also impact policymakers’ understanding of the risk of natural disasters, thereby influencing appropriation decisions for various discretionary programs. For example, lawmakers may increase national defense spending to protect, restore, or relocate military facilities vulnerable to flooding. They may also increase the amount of federal disaster assistance to state and local governments, as well as to households to help mitigate or respond to major disasters. A 2019 report by CBO estimated that under current conditions and policies, the federal government will spend about $17 billion annually to address the economic damage done by hurricanes and flooding.

Overall, as the climate continues to change, CBO expects its budgetary effects to continue growing, though the extent is highly uncertain.

What Type of Policy Response Could Reduce the Costs of Climate Change?

CBO also reviewed various measures that the government can take to prevent or lessen the environmental and economic impacts of climate change. Those measures include mitigation efforts, which intend to reduce the pace of climate change (such as by limiting carbon emission or removing already emitted gas), or adaptation efforts, which intend to reduce the consequences of climate change (such as by investing in the resiliency of infrastructure). Spending on climate change policies can be considered as investments; they entail additional costs for the government now and may generate savings in the future.

The timing and extent of future budgetary savings generated by such policies depend on how successfully the programs are implemented. Generally, CBO anticipates the benefits of climate change policies to accrue gradually over a long period of time. Physical changes such as home elevation and seawall construction may last decades, while a general reduction in emissions can lessen global warming and its harmful effects for hundreds of years. Benefits from adaptation efforts are often concentrated in certain geographic areas or industries, but mitigation efforts can benefit everyone affected by climate change. Well-designed policies can also increase economic activity, leading to a rise in employment and average income; such an increase can generate budgetary savings by reducing the cost of mandatory programs and by generating tax revenues.

Some policies may generate revenues large enough to help reduce budget deficits. For example, CBO estimates that imposing a $25 tax on carbon emissions would bring in $1 trillion in revenues over the next decade. On the other hand, they note that some policies, such as tax preferences for green energy, may increase budget deficits by reducing tax revenues. However, even when savings may not be large enough to offset the up-front costs of policies, CBO points out that such investments may be worth more than their measurable benefits in the budget as they help alleviate the harmful consequences of climate change.

Related: What is the Disaster Relief Fund?