What Are the Treasury’s “Extraordinary Measures”? 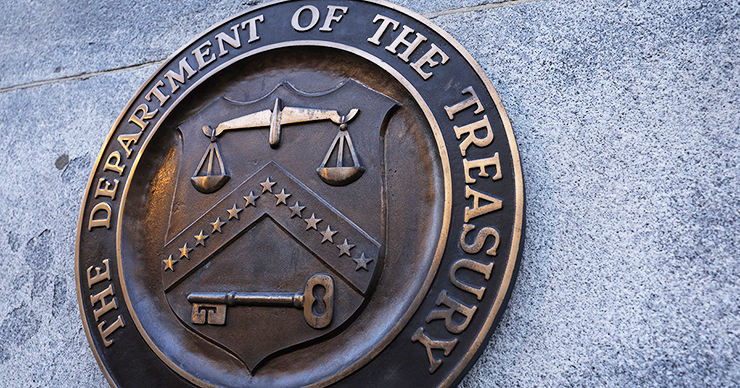 The U.S. government has hit the ceiling on the amount it is allowed to borrow, and the Department of the Treasury is now using “extraordinary measures” to keep the federal government from defaulting on its debts. The “debt limit,” which is currently set by law at $31.4 trillion, represents the maximum amount of debt that the Treasury can issue to the public or to other federal agencies. Once that limit is reached, federal spending would be limited to the amount of revenues coming in — even though legislators may have approved more spending than expected revenues. To avoid breaching the limit immediately, the Treasury can draw down on its existing cash balance and invoke measures to free up space to continue borrowing; however, such measures will only be effective for a few months.

How Much Cash Does Treasury Have Available to Pay Its Obligations?

One way for the Treasury to meet its spending obligations is to use its cash on hand. While the Treasury’s policy is to maintain sufficient funds to cover short-term needs, impasses around the debt limit can force its cash balance lower as the agency must rely on cash to finance the government’s spending. For example, the Treasury borrowed to increase its cash balance at the beginning of the pandemic to enable rapid payments of COVID-19 aid enacted through the CARES Act. However, that cash balance decreased notably in 2021, partially due to the debt limit impasse that year — eventually reaching a point where the Treasury had trouble meeting its next-day obligations.

What Are Extraordinary Measures and Why Do They Matter for the Debt Limit?

In addition to their cash balances, the Treasury can also use a variety of accounting maneuvers, known as “extraordinary measures,” to create space for borrowing once the debt limit has been reached. The ability to use such measures rests with the Secretary of the Treasury and does not need Congressional approval.

The extraordinary measures that the Treasury can use include:

Once a debt limit impasse is resolved, the funds listed above would be made whole so that beneficiaries are unaffected.

While extraordinary measures are only a temporary solution to a debt limit impasse, they can often delay the restrictions imposed by the statutory limit by up to several months. Estimates for when the federal government would become unable to meet its obligations in full and on time, commonly known as the “X date,” range from early June to a few months after that.

What Are the Effects of Delaying Action on the Debt Limit?

Debt limit impasses can increase federal borrowing costs, threaten the U.S. credit rating, and cause measurable damage to our economy. For example, waiting to address the debt limit in 2011 led to a number of such consequences:

Debt limit impasses can also threaten the stability of the Treasury market, which is important for both the U.S. economy as well as global financial stability. The Treasury issues debt in a “regular and predictable” manner to lower federal borrowing costs — the agency estimates that such an approach reduced interest costs by $27 billion from 1998 to mid-2015. To remain under the debt limit, the Treasury has to deviate from that approach and reduce the number of short-term securities they issue, which can introduce uncertainty and disrupt financial markets.

While delaying action on the debt limit can be dangerous, allowing the federal government to default on its debt would be significantly worse. In a 2021 report from Moody’s Analytics, the credit rating agency estimated that a four-month default on federal debt in that year would have decreased gross domestic product by 4 percent, caused a 30 percent decline in stock prices, erased $15 trillion in household wealth, and wiped away up to 6 million jobs.

While the federal debt needs to be placed on a sustainable path, putting our nation’s fiscal and economic future at risk over the debt limit is not an effective way to govern. Rather than risking the full faith and credit of the United States, lawmakers should focus on the underlying reason we keep hitting the debt limit in the first place: the structural imbalance between spending and revenues.

Related: How the Lack of Action on the Debt Limit Can Hurt the Economy