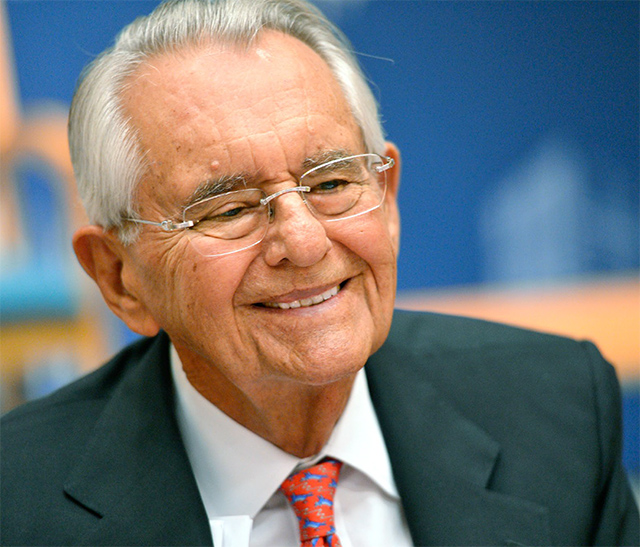 The Peterson Foundation's ninth annual Fiscal Summit was the first without the organization’s founder, Pete Peterson, who died on March 20, 2018, at the age of 91. Foundation Chairman and CEO Michael Peterson opened the Summit by reflecting on the passing of his father, who established the Foundation in 2008 to help build a sustainable fiscal foundation for the nation to support economic growth and widely shared opportunity.

Michael remarked on two key reasons that his father cared so deeply about the mission of the Foundation. First, his modest upbringing as a first-generation American taught him the value of saving for the future — a concept that, for Pete, became a “moral imperative.” Pete’s parents came to this country from Greece with “no education, no money, and no English,” but saved every penny so that their children could get the best education possible.

Second, Pete was keenly aware that he was the lucky beneficiary of the American Dream, and he saw our growing debt and unsustainable fiscal outlook as a threat to that dream being available to future generations of Americans. Michael said of his father: “As a successful dreamer himself, he cared deeply about making sure the next generation has the same opportunities to achieve the American dream that he was so fortunate to have lived.”