2014 Up To Us Nationwide Campus Competition: Highlights

Congratulations to the University of Texas-Pan American team on winning the 2014 Up to Us competition! The UTPA students were recognized by Peterson Foundation President Michael A. Peterson, Net Impact CEO Liz Maw, and President Clinton at the CGI U 2014 event in Phoenix:

Learn more about all the student teams that participated in Up to Us this year.

"We’ll be spending more and more of the revenues we get on interest on the [national] debt, and we’ll have less and less to spend on the future, which could complicate your debt, if you have to, for example, take out college loans."
- Bill Clinton (watch)

Up to Us, a nationwide campus competition sponsored and managed by the Peter G. Peterson Foundation, the Clinton Global Initiative University and Net Impact, provides an opportunity for students to build a movement to raise awareness and engagement on America's long-term fiscal and economic challenges. Student teams selected from across the country compete to design and run thought-provoking, fun and impactful campaigns around the effects of rising debt on economic opportunity and investment in the future.

"We all have a responsibility to deal with our common challenges. And in the case of the [national] debt, it’s not just the debt, it’s putting our country back in the 'future business'."
- Bill Clinton (watch)

The 2014 Up to Us teams engaged their peers in broad discussions about the nation’s fiscal health, including hosting a U.S. Senator or Congressman on campus; convening students on campus to lead civic engagement activities, such as sending petitions, postcards and letters to elected officials; and visiting local high schools and community centers to raise awareness about the nation’s rising debt in the larger community.

Nearly 19,000 students participated in these events, and the teams partnered with more than 240 other campus groups during the five-week competition. Students used digital tools to enhance their campaigns with over 8,500 students taking a Facebook quiz on the nation’s budget and over 13,000 people viewing student-produced YouTube videos on the debt.

The winners of this year’s competition are the team from the University of Texas-Pan American. The students from UTPA were recognized by President Clinton at the CGI U 2014 event in Phoenix and were awarded a $10,000 cash prize. 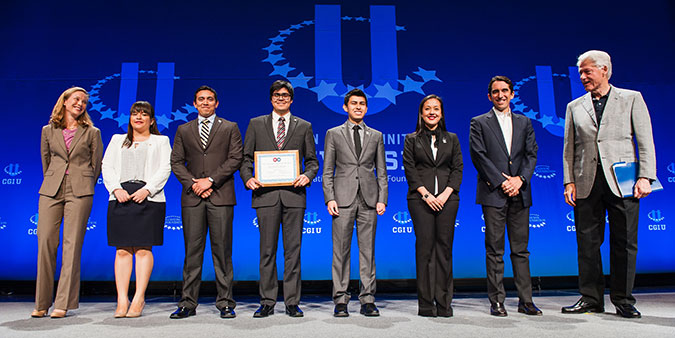 Team members from the University of Texas-Pan American, winners of the 2014 Up to Us competition, with Net Impact CEO Liz Maw, Peterson Foundation President & COO Michael A. Peterson, and President Bill Clinton at CGI U 2014. (Photo Credit: Max Orenstein / Clinton Global Initiative) 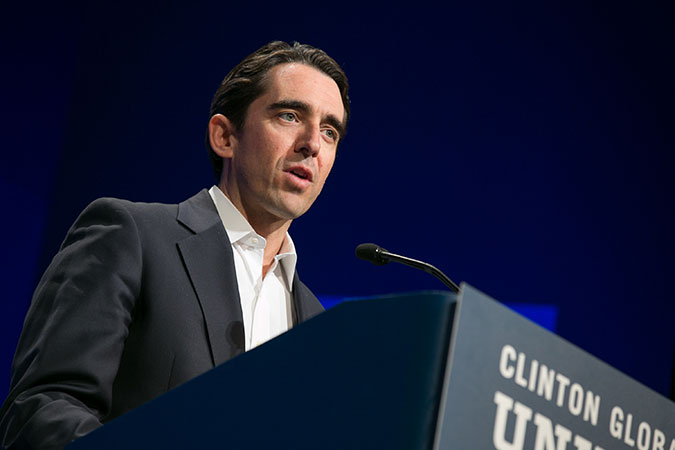 Five prizes of $2,500 were also rewarded to the following schools for their successful work in several categories:

The 22 participating teams for the 2014 Up to Us competition were:

Student Debt vs. Other Debt