In their report, the Trustees find that:

The Trustees emphasize the value of addressing reforms quickly:

“The Trustees recommend that lawmakers address the projected trust fund shortfalls in a timely way in order to phase in necessary changes gradually and give workers and beneficiaries time to adjust to them. Implementing changes sooner rather than later would allow more generations to share in the needed revenue increases or reductions in scheduled benefits and could preserve more trust fund reserves to help finance future benefits.”

The aging of the population creates serious financial challenges for OASI. As baby boomers retire and life expectancy continues to increase, the number of Social Security beneficiaries is projected to climb sharply over the next several decades. By 2035, driven by the large growth in Americans age 65 and older, the total number of beneficiaries in the OASI program is projected to reach 75 million — about 40 percent more than in 2018. 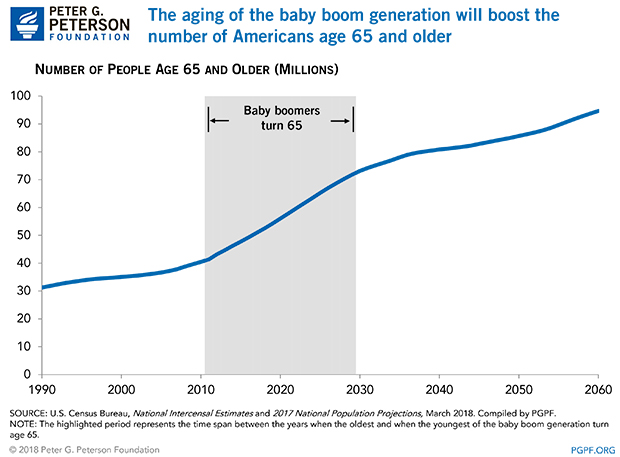 Over the same period, the ratio of workers paying taxes to support each Social Security beneficiary will decline significantly from 3:1 today to 2:1. In 1970, that ratio was nearly 4:1. 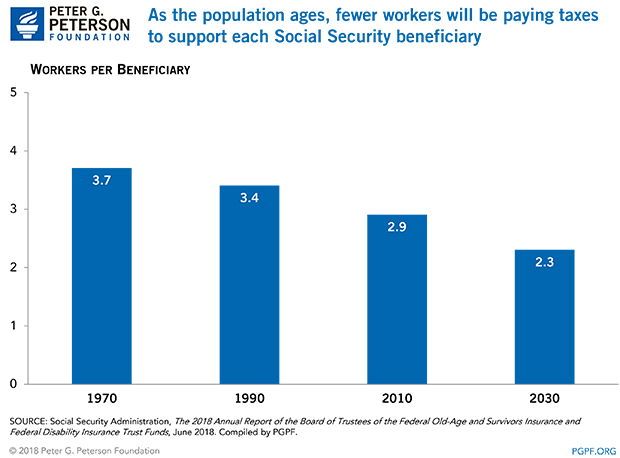 The predictable, growing mismatch between the number of people paying into Social Security and the number receiving benefits will cause spending on the program to increase significantly faster than the amount of revenues collected to cover it. 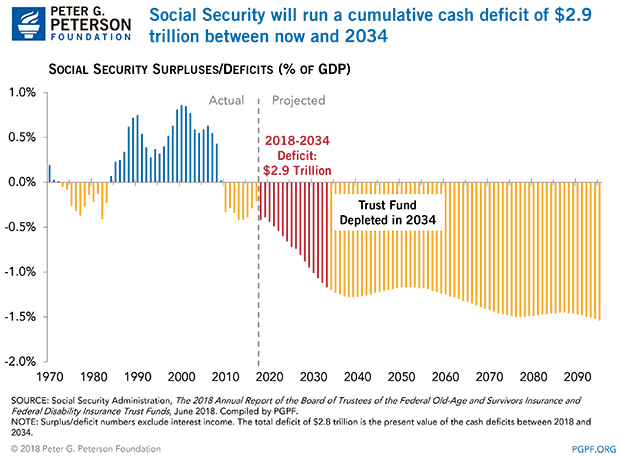 Absent legislative action, once the trust fund is exhausted, Social Security will no longer be able to pay full benefits, and retirees could face an immediate 23 percent cut in their scheduled benefits. The DI trust fund is expected to be exhausted in 2032, at which point it will be able to pay 96 percent of its obligations (a 4 percent reduction). On a combined basis, cuts to the two programs would be 21 percent. 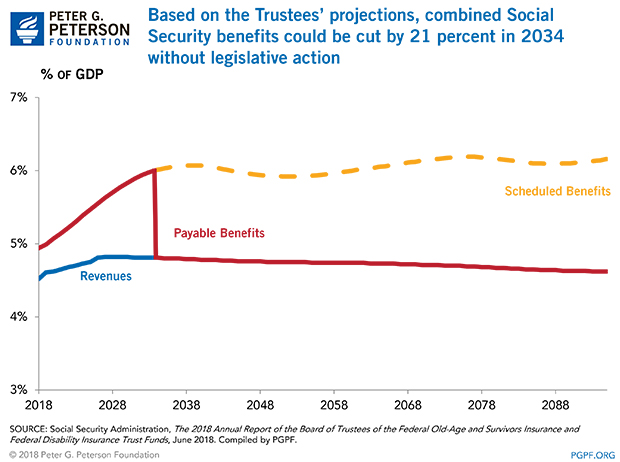 A reduction in benefits of that magnitude would impose huge burdens on all recipients, but especially low-income seniors because Social Security is a primary source of their income. Social Security provides more than 80 percent of the income of seniors in the bottom 40 percent of the income distribution (those with $23,592 or less in total income). 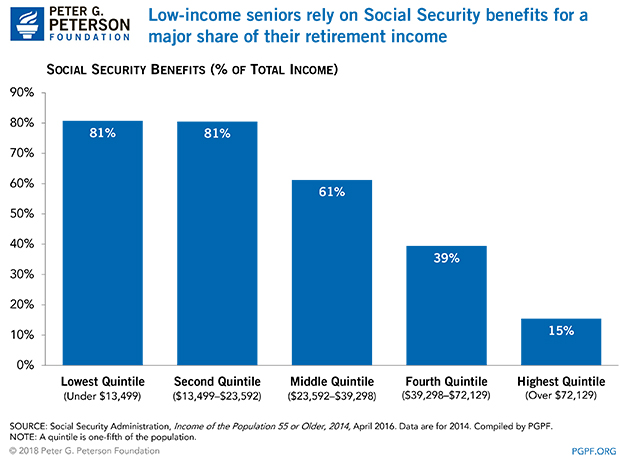 The Social Security trust funds are used to conduct the financial operations of the OASI and DI programs. Income from taxes and other sources are credited to the funds and disbursements for benefits and administrative costs are counted against the funds’ balances. Although many believe that the existence of trust funds guarantees the sustainability of programs in the future, they are simply accounting mechanisms that are part of the way the federal government keeps its books.

The actual cash inflows and outflows of Social Security and other programs with trust funds are combined with the rest of the federal budget, and therefore surpluses in such programs have served to reduce the amount that the government has had to borrow for other programs. Trust funds do not hold their own outside investment assets; they are credited with special Treasury securities that effectively serve as IOUs from one part of the government to another.

Even though the Social Security trust funds are expected to have positive “balances” into the 2030s, beginning this year, the Treasury will have to borrow funds from the public to cover deficits in the program.  Ultimately, trust fund income and outlays are not separate from the rest of the federal budget, and therefore the sustainability of trust fund programs, like Social Security, depends on the overall sustainability of the federal government.

Long-term demographic trends are clear and their fiscal consequences are well known. The good news is that many policy solutions are available to address this predictable challenge and improve the financial outlook of Social Security. The Congressional Budget Office has published a report containing over 30 options for improving the long-term stability of the program, including reducing annual cost-of-living adjustments, increasing payroll taxes, lifting the income cap on payroll taxes, reducing initial benefits, and raising the retirement age. The Bipartisan Policy Center also published an extensive report outlining options for strengthening both Social Security and overall retirement security.

Social Security is an essential program that is relied upon by millions of American seniors. The sooner that we implement reforms, the easier it will be to protect this critical program.