Seven Questions on Debt for the Final Presidential Debate 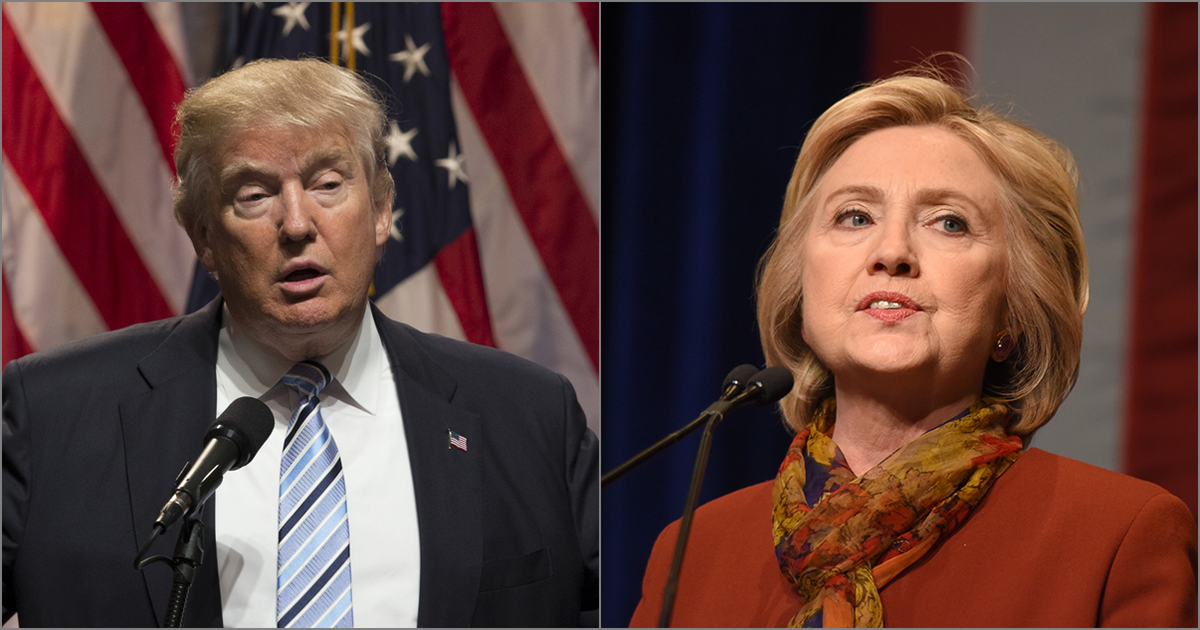 Last week, the topics for the third and final presidential debate were announced. “Debt and entitlements” was at the top of the list of six topics — and for good reason.

America’s unsustainable long-term debt threatens our economic future, and our fiscal policy will determine a number of important issues voters are concerned about, from healthcare to tax reform to national security.

Below are some important questions that moderator Chris Wallace could ask to start the conversation about our nation’s most pressing fiscal concerns.

1) Our debt is already at historically high levels, and the nonpartisan Congressional Budget Office projects that it will soar to 141 percent of GDP in 30 years — well above the highest level of debt ever recorded.

What are your plans to stabilize and reduce the national debt in the decades to come? 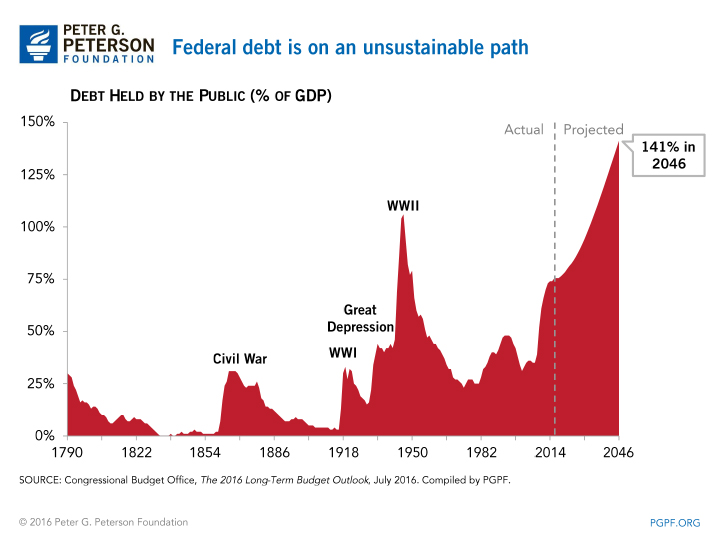 2) The Congressional Budget Office projects that net interest costs will total nearly $5 trillion over the next decade, crowding out important investments in education, infrastructure, and R&D.

How will you reform our budget to slow the growth of interest costs and make sure we can finance investments in our future? 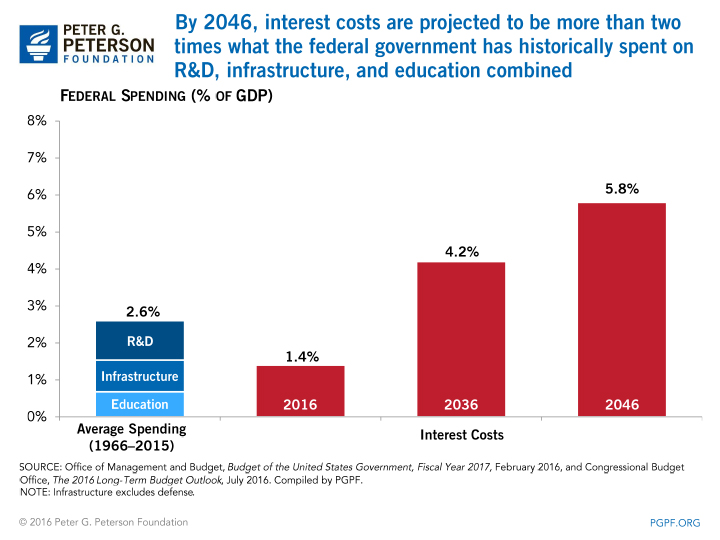 3) The trustees project that the Social Security trust funds will be fully depleted by 2034 — just 18 years from now. Without legislative action, all beneficiaries — 88 million in total — could face sudden, across-the-board benefit cuts of 21%.

How will you reform Social Security to make sure it is financially secure? 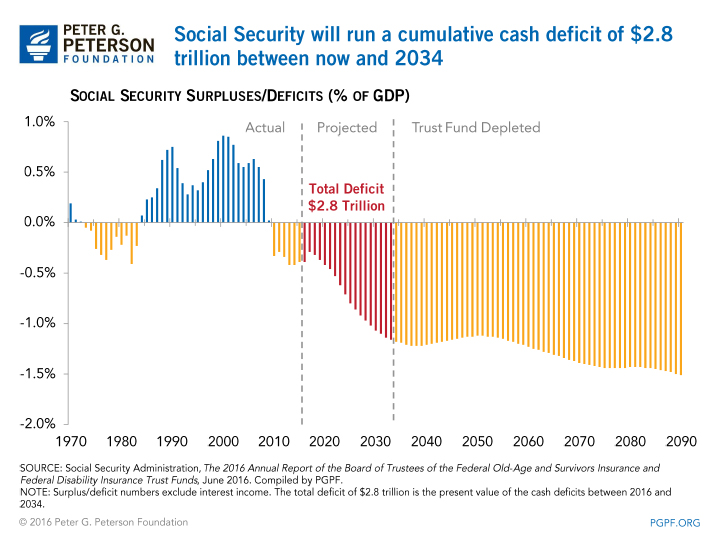 4) Waiting just five years to address our fiscal challenges would raise the cost of stabilizing the national debt by nearly 25%, according to the Congressional Budget Office. So we are much better off getting started sooner rather than later.

What actions will you take in your first year of office to tackle our long-term fiscal challenges? 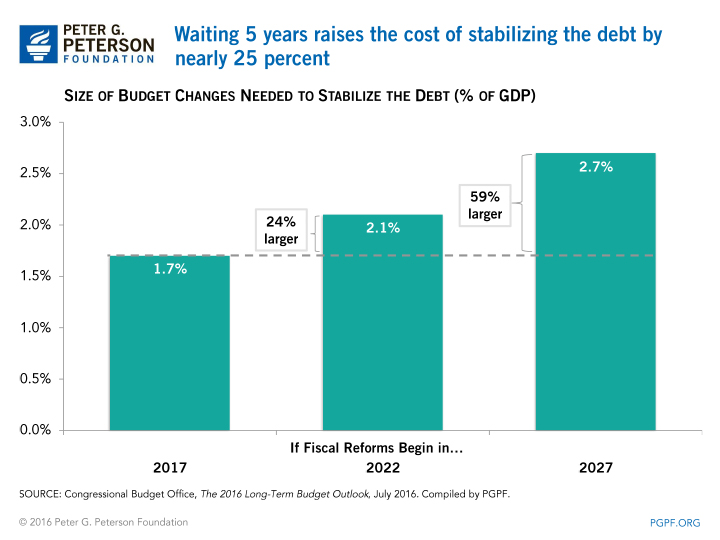 5) The current budget process devotes most of its attention to the current fiscal year, but many of our fiscal challenges stem from revenue and spending policies over the long term.

How will you work with Congress to focus more on our long-term future?

6) Rising healthcare costs are one of the major drivers of spending in the budget. Moreover, the United States’ healthcare system is the most expensive among advanced nations, yet America’s health outcomes are generally no better than those of our peers.

How will you work to restrain our nation's growing healthcare costs? 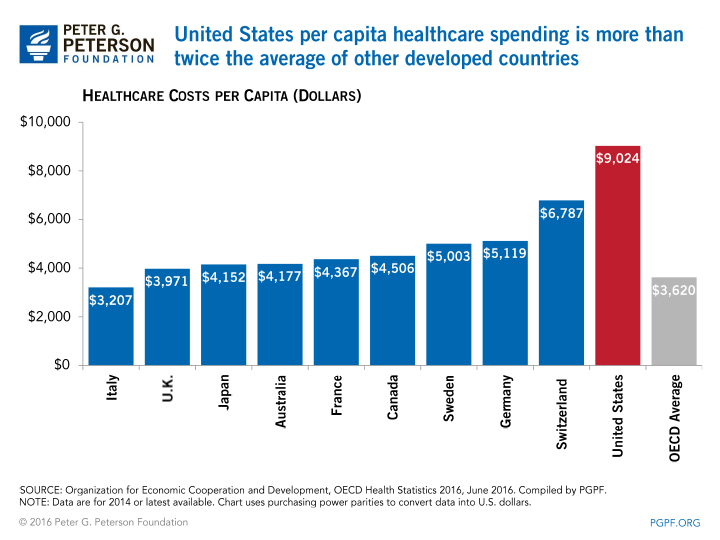 What are your plans to reform the tax code to make it fairer and more supportive of economic growth? 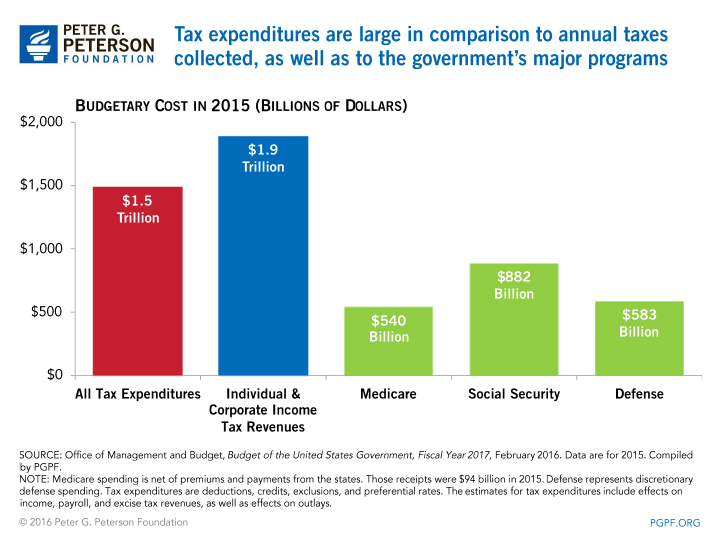 Analysis: The President's FY 2017 Budget
The 2011 Fiscal Summit: The Solutions Initiative
Will the presidential candidates debate the debt?