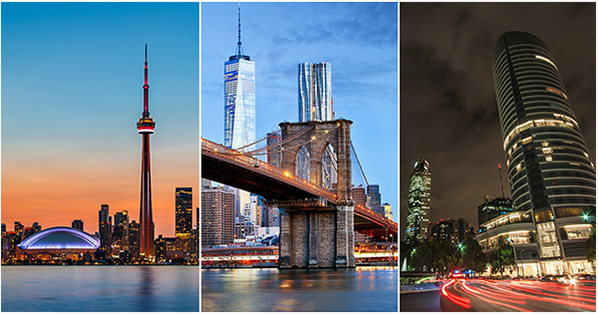 A new report from the George W. Bush Institute highlights the economic competitiveness and strength of North America — but warns that fiscal policy in the United States poses a challenge to growth.

Investments in future competitiveness, the report warns, require a “stable and growth-oriented macroeconomic environment. The United States, in particular, must put its long-term fiscal and monetary trajectory on a sustainable course.”

According to the report:

The U.S. ratio of government debt to GDP is currently 77 percent, a historically high level for the United States, and is projected to climb to 141 percent of GDP in 2046, according to the Congressional Budget Office. The rising debt stems from a long-term structural mismatch between revenues and spending, driven by escalating healthcare costs and retiring Baby Boomers.

Those large and mounting debt burdens will crowd out investment, raise interest rates, and slow economic growth. They will also restrict policymakers’ ability to respond to unexpected challenges such as future economic downturns or financial crises.

The paper and scorecard were developed by a bipartisan panel of scholars and economic experts, and with the help of a grant from the Peterson Foundation. See the scorecard and read the full report at the George W. Bush Institute site.

Related: Infographic: How Does The National Debt Affect The Economy?

The Peter G. Peterson Foundation Progress Report: 2008-2011
The Macroeconomic Gains from Stabilizing and Reducing Federal Debt
For A Stronger Economy, Deal With The Debt