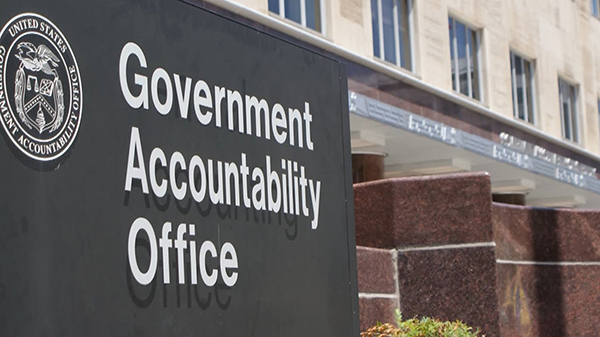 The government’s fiscal condition significantly worsened in 2016, according to a new report from the Government Accountability Office (GAO). The federal deficit increased to $587 billion (up from $439 billion the previous year), and the national debt — the total amount of money the U.S. government owes — rose to 77% of GDP (up from 74% of GDP at the end of 2015).

“The Congress and incoming Administration face serious economic, security, and social challenges that will require difficult policy choices in the short term about the level of federal spending and investments as well as ways to obtain needed resources,” the GAO report warns.

Spending, largely driven by Social Security, Medicare, Medicaid, and interest on the debt, increased by $166.5 billion. Federal receipts, on the other hand, grew by only $18 billion.

More importantly, however, the long-term projections indicate that “the federal government’s fiscal path is unsustainable and that the debt-to-GDP ratio would surpass its historical high of 106 percent within 15 to 25 years.” To put that figure in context, the GAO report notes, “While the federal government has carried debt throughout virtually all of U.S. history, the 2016 Financial Report shows that the current fiscal position is unusual in the nation’s history and that debt as a share of the economy is the highest it has been since 1950.” 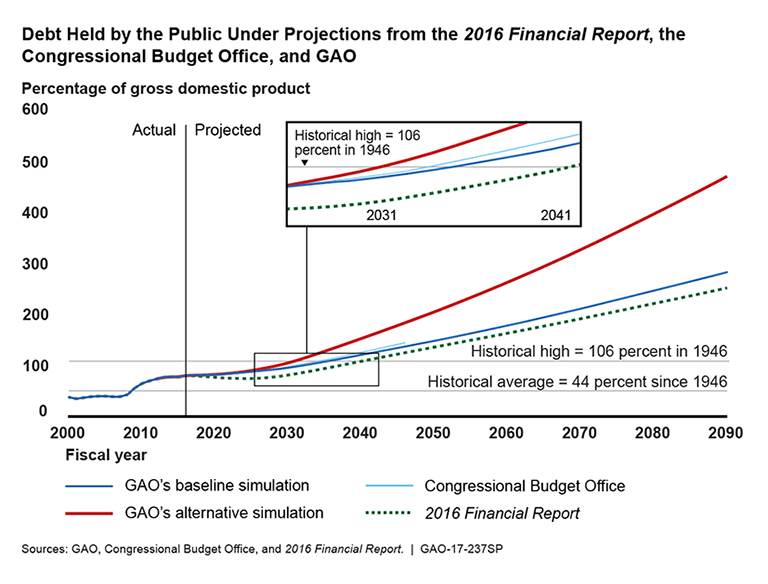 The main drivers of long-term debt, according to the GAO, are federal spending on healthcare programs and interest on the national debt. As the government debt grows, so do its maintenance costs, and as the Federal Reserve raises interest rates, the federal government will face increased borrowing costs. 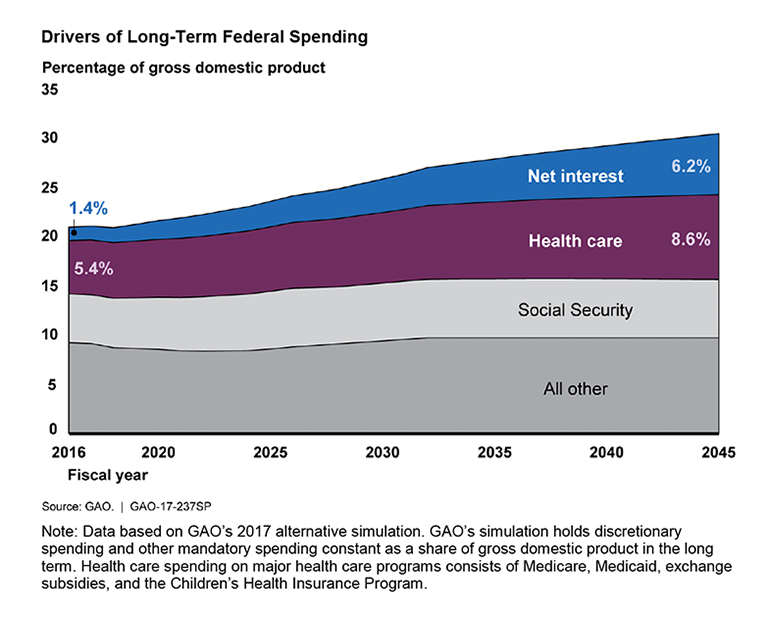 Citing previous work from the Congressional Budget Office, the GAO report notes that the growing national debt would have negative long-term consequences for the economy. In particular, the projected levels of debt would:

The GAO reports also emphasizes the importance of early action in addressing the fiscal imbalances, noting that “the longer action is delayed, the greater and more drastic the changes will have to be.” The good news is that while the country’s fiscal and economic challenges are serious, they are also solvable. Lawmakers can draw from a host of ideas from across the political spectrum.