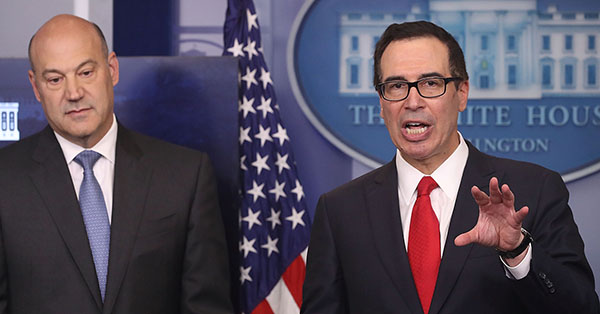 As the Trump administration marks the 100 day milestone, a number of pressing fiscal issues remain to be resolved. The continuing resolution that kept the government operational during the ongoing negotiations over the FY2017 budget was set to expire on April 28, but Congress narrowly avoided another shutdown by issuing yet another stopgap measure that will give lawmakers one more week to iron out a few remaining issues.

Republican leaders continued discussions on the American Health Care Act, potentially moving closer to bringing the bill up for a vote.

On April 26, the Trump administration released the broad strokes of its tax plan. In his statement on the administration’s tax blueprint, Michael A. Peterson, President and CEO of the Peter G. Peterson Foundation, said:

"Reforming taxes in a way that worsens our fiscal condition is counterproductive because adding to our national debt hurts economic growth. Tax changes that increase the deficit would harm the economy by raising interest costs, reducing wages and crowding out public and private investments in our future.”

A number of other observers commented on the plan, as well as its potential effect on deficits.

The overall fairness of our tax code has long been a hotly contested issue, but there are a range of helpful materials available to increase understanding of the complexity of the code:

The Fiscal Confidence Index for April is 53, the lowest it has been since the November 2016.