House Tax Bill Adds $1.7 Trillion to Deficits When You Include Interest

Recently, the House of Representatives released its proposed tax bill, which, according to an analysis of its major components by the Congressional Budget Office and the Joint Committee on Taxation, would add $1.4 trillion to our national debt over the next 10 years. Using that analysis and layering on the additional interest paid as a result of increased borrowing, deficits from 2018–2027 would total $11.8 trillion — $1.7 trillion higher than projected in CBO’s June 2017 baseline.

The bill as written would move up the date we return to trillion dollar deficits by two years, to 2020. And by 2027, federal debt held by the public would be closing in on 100 percent of gross domestic product, an increase of 6 percentage points compared to the baseline. Since 1790, our debt has never exceeded the size of the economy, except for a brief time during World War II. 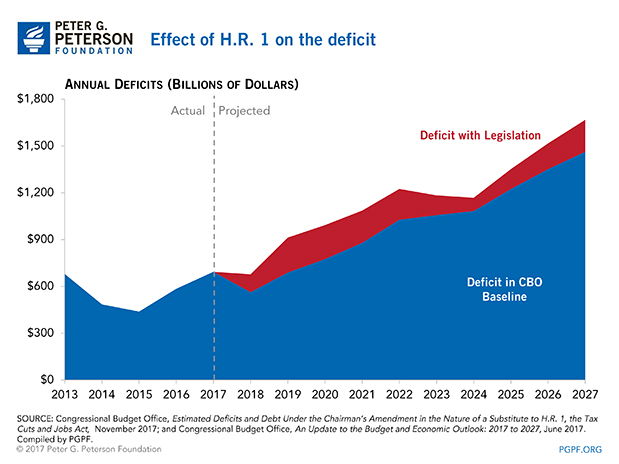