What They're Saying: Deficit Hits Six-Year High Despite Strong Economy 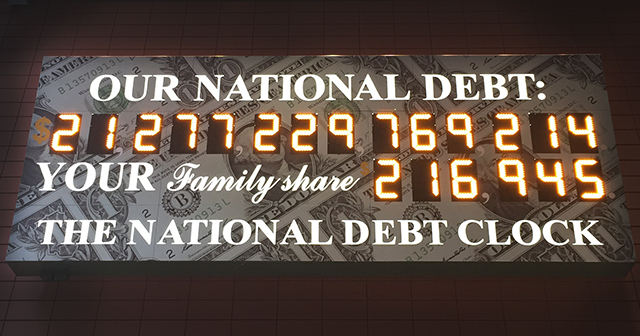 This week, the U.S. Treasury Department announced that the fiscal year 2018 deficit hit $779 billion — the highest since 2012.

As bad as this year’s deficit is, our fiscal outlook is projected to worsen significantly in coming years. Annual deficits will surpass $1 trillion annually as early as 2019, and continue to rise in the years ahead. Following Treasury's announcement, many economists and other observers noted the unique danger posed by rising deficits while the economy is growing and unemployment is low.

Jason Furman, chairman of the Council of Economic Advisers in the Obama administration and a professor of economic policy at Harvard University, told the Wall Street Journal:

“A deficit of this magnitude in an economy this strong is historically unprecedented. Undertaking permanent fiscal stimulus [through tax cuts] at this stage of the economic expansion is contrary to all sound tenets of economic policy.”

William Gale, a senior fellow at the Brookings Institution and former senior economist for the Council of Economic Advisers under President George H.W. Bush, lamented the missed opportunity to address our already unsustainable fiscal path.

“Gale said it's generally better to reduce the deficit when the economy has improved, which can minimize the sting of any changes to spending and prevent steeper cuts to spending in the future … ‘By cutting taxes in 2017 when the economy was already quite strong, Congress and the administration not only missed a golden opportunity to begin to address the fiscal problem, they actually made the problem worse.’”

“Over the course of the next year, new spending priorities will dig the hole deeper. Damage from unforeseen natural disasters such as hurricanes will also require federal assistance and add to the growing deficit."

Reminder: The deficit isn't supposed to rise in such good economic times. The last time the economy was this strong -- in 2000 and 1969 -- the U.S. gov ran a surplus.

But this is what happens when spending jumps 129% and tax receipts rise just 0.4% after the tax cuts. https://t.co/fiFgKisHta

“Economic boom times are expected to be paired with low deficits, as economic growth leads to higher tax revenues and household incomes. That increases the government’s ability to spend while reducing the demand for social services. But in this case, circumstances have converged to produce the opposite effect.”

“The figures will intensify concerns about the vast deficits the US government is running during an economic boom that has driven unemployment to its lowest levels since the late 1960s. Tax reductions pushed through at the end of 2017, coupled with higher public spending agreed by Congress early this year, are set to push up public debt at a rapid pace, triggering concerns that there will be less room for fiscal stimulus when the US next enters a downturn.”

“The federal deficit ballooned to $779 billion in the just-ended fiscal year — a remarkable tide of red ink for a country not mired in recession or war.”

Even with terrific economic growth, the U.S. deficit is ballooning. The projections used to justify #taxreform were wrong. https://t.co/OAJDrCcBZ0

In the Washington Post, Jared Bernstein, a senior fellow at the Center on Budget and Policy Priorities and former chief economist to Vice President Joe Biden, asked:

“Why is the deficit 17 percent higher than last year, especially when the economy is growing faster, and unemployment is lower?”

“This is a uniquely imbalanced time in our fiscal history, with deficits rising despite a growing economy and low unemployment. In fact, the U.S. is the only developed country in the world whose debt-to-GDP ratio is growing. This is a reflection of just how irresponsible our budget policies have become.”

Now, while the economy is growing, lawmakers should take the opportunity to put our fiscal outlook on a more sustainable path. Our national debt is already at historically high levels, and is projected to rise rapidly in the years ahead. The time to act is now.

Related: This Fiscal New Year May Mark a Permanent Return to Trillion-Dollar Deficits