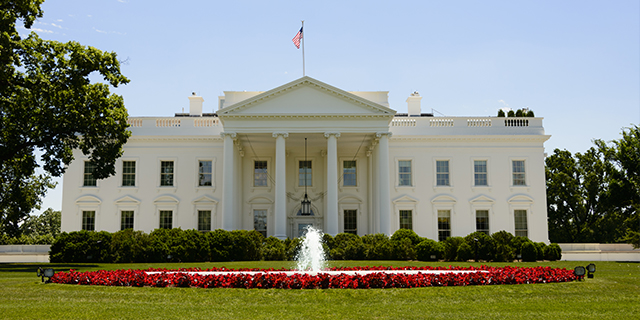 Yesterday, the Congressional Budget Office (CBO) released its analysis of the president’s budget for fiscal year 2020. In that analysis, CBO notes that the president’s proposals would achieve some deficit reduction, but that the trajectory of the debt would remain on an uphill path.

CBO’s Estimate of the President’s Budget

CBO estimates that the national debt would climb from 78 percent of gross domestic product (GDP) in 2018 to 87 percent of GDP by 2029 under the president’s policies — about 4 percentage points lower than CBO’s baseline projection. CBO also estimates that annual deficits under the president’s budget would total $9.9 trillion over the 2020–2029 period, which is $1.5 trillion (or 13 percent) lower than under current law. Relative to the size of the economy, deficits would average 3.8 percent of GDP over the next decade — 0.9 percentage points above the 50-year historical average of 2.9 percent of GDP.

Meanwhile, the $0.9 trillion decrease in revenues over the next 10 years would primarily result from an extension of provisions related to individual income taxes in the 2017 tax act.

CBO’s estimate of annual deficits under the president’s budget — $9.9 trillion over the 2020–2029 period — is $2.7 trillion higher than what the administration estimated. CBO reports that if the president’s policies were enacted, revenues over the 10-year period would be $3.8 trillion (or 8 percent) lower than the administration’s calculation; CBO also calculates that outlays would be $1.1 trillion (or 2 percent) lower over that timeframe.

Much of the difference stems from variation in economic assumptions. For example, CBO projects that real GDP growth will average 1.8 percent over the next decade whereas the administration uses a more optimistic average growth rate of 2.9 percent. As a result, CBO estimates that debt under the president’s policies would rise to 87 percent of GDP by 2029; the administration reported that it would fall to 71 percent of GDP by that date.

Despite showing a slight reduction in debt and deficits, the president’s budget does not address the structural mismatch between revenues and outlays — the underlying cause of our unsustainable fiscal outlook. The growing burden of debt will reduce economic growth, lower incomes, and make it difficult to fund important priorities in the future. While our economy is healthy, we should take advantage of the opportunity to start managing our debt problem.