Why The 2019 Long-Term Budget Outlook is More Bad News 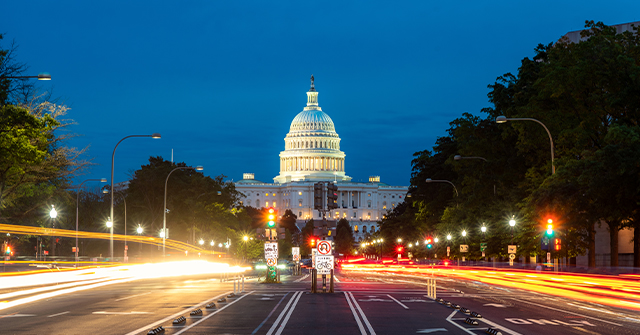 Last month, the Congressional Budget Office (CBO) released The 2019 Long-Term Budget Outlook, which contains projections about the federal government’s fiscal future. While CBO’s projections of debt were somewhat better than what the agency calculated in last year’s report, the new projections are still a cause for concern. This year’s report demonstrates why lawmakers should focus their attention toward improving our nation’s debt path as soon as possible.

The Outlook for Debt Remains Well Above the Historical Average

CBO’s current projections anticipate that the U.S. will face a debt equal to 141 percent of GDP by 2048, if current law generally remains the same. Last year, CBO projected that debt would be 152 percent of GDP in 2048. Despite that improvement, America remains on a treacherous fiscal path. This year’s report projects that debt nearly doubles relative to the size of the economy from 2019 to 2048, when it will be nearly 3.5 times greater than its average over the past 50 years. In America’s 243-year history, its highest level of debt was 106 percent of GDP, which occurred as a direct result of U.S. involvement in WWII. We are currently projected to surpass that level in 2037.

A larger debt also brings larger interest payments. Interest on the debt is projected to be three times greater in 30 years than it is today. CBO anticipates that the U.S. will pay interest of more than 5.7 percent of GDP in 2049, up from the 1.8 percent that it will spend this year. By 2049, interest payments alone will comprise more than 20 percent of all federal spending, making it more difficult to fund national priorities and control the deficit in the future.

It is also important to note that CBO’s projections assume that spending cuts and tax increases, such as the expiration of individual income tax cuts in 2026, will occur as scheduled. However, lawmakers may ultimately choose to avoid spending reductions or extend tax provisions, which would worsen the fiscal outlook.

Increased debt projections are partially attributable to lower-than-expected revenues. In 2009, CBO projected that revenues would reach 23.4 percent of GDP by 2049. Legislative changes to tax law, such as temporary payroll tax cuts in the aftermath of the Great Recession and the Tax Cuts and Jobs Act (TCJA) in 2017, are two of the reasons why CBO now projects revenue to be 19.5 percent of GDP in 2049.

Related: The Risks of Running up Deficits When the Economy is Good