What is an Alternative Fiscal Scenario? 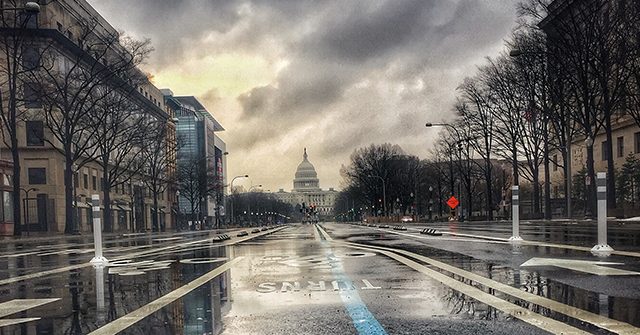 The projections of spending, revenues, debt, and deficits in the Budget and Economic Outlook issued by the Congressional Budget Office (CBO) are based on the assumption that current laws will generally remain the same. That requirement is specified by law and enables CBO to provide a benchmark — also known as the baseline — that lawmakers can use to assess the budgetary effects of policy decisions.

However, oftentimes policies in place are scheduled to expire, even though many observers expect that they will continue in some form. For example, in recent years, a number of tax policies have been enacted with expiration dates; those policies could be extended or modified in the future if new legislation were enacted. Similarly, spending policies may also contain provisions that are likely to be changed in the future. To account for the continuation of such current policies, CBO also prepares what is known as an alternative fiscal scenario (AFS), which can be helpful for lawmakers and the general public in understanding a range of potential outcomes.

In CBO’s current AFS, there are two sets of effects that differ from their baseline estimates:

In CBO’s most recent projections, issued in August 2019, the agency estimated that the deficit for this year will be $960 billion, and that the cumulative deficit over the following 10 years would total $12.2 trillion. As a result of mounting deficits, the national debt would rise from 78 percent of GDP in 2018 to 95 percent of GDP by 2029.

Under an AFS, things would look even worse. Under such a scenario, deficits would total $14.9 trillion over the next decade — $2.7 trillion higher than projected in CBO’s baseline. And debt as a percentage of GDP would reach 104 percent of GDP by 2029 — nearly as much as its peak right after World War II. An AFS was also constructed for CBO’s long-term estimates and indicated that the difference between the baseline and the alternative scenario continues to grow over time.

We don’t know how lawmakers will address fiscal policy in the future. As such policy changes are considered, the alternative fiscal scenario helps illuminate some options and outcomes that are in play.

Related: What is the Primary Deficit?