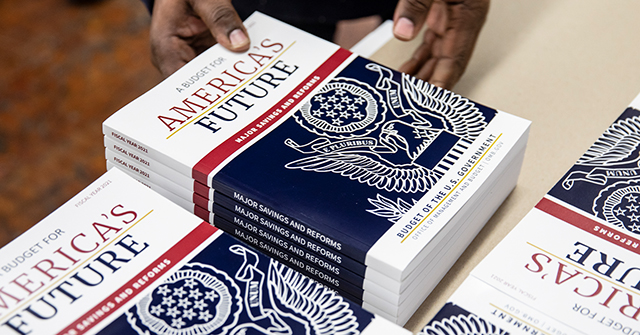 Today, President Trump released his fourth budget, which outlines the administration’s policy proposals, budget projections, and economic forecast for the next decade. Although the budget would achieve deficit reduction on paper under the administration’s calculations, it does so by relying on optimistic projections for economic growth and unlikely budget cuts.

Below are five key takeaways from the president’s budget:

3. The president’s budget relies on overly optimistic assumptions for growth. The president’s budget would reduce the annual deficit to 0.7 percent of GDP in 2030, compared to 4.9 percent of GDP estimated for 2020. That reduction, however, relies on an assumption that real (inflation-adjusted) GDP will average 2.9 percent growth annually over the next 10 years — significantly above other forecasts. For example, the administration estimates that nominal GDP in 2030 would be $36 trillion — $4 trillion (13 percent) higher than the Congressional Budget Office recently projected.

4. The president’s budget targets non-defense appropriations for its largest cuts. Under the president’s budget, reductions in non-defense appropriations would total more than $1.5 trillion over the next 10 years. Spending on Medicare and Medicaid from 2021 to 2030 would be 10 percent lower than under current law, although much of that reduction would stem from attempts to address waste, fraud, and abuse. The budget also would make significant reductions in spending for education as well as for safety net programs such as the Supplemental Nutrition Assistance Program.

The release of the president’s budget marks the beginning of the annual budget process and underlines the need for further discussion about our fiscal policy. Despite optimistic economic assumptions and sharp spending cuts to critical programs, debt as a percentage of GDP would remain very high relative to historical standards. The administration and Congress should commit themselves to effective budgeting based on realistic forecasts to build a secure fiscal foundation for economic growth while investing in America’s future.

Related: Economists Agree: The National Debt is a Long-Term Concern for America