What is SNAP? An Overview of the Largest Federal Anti-Hunger Program 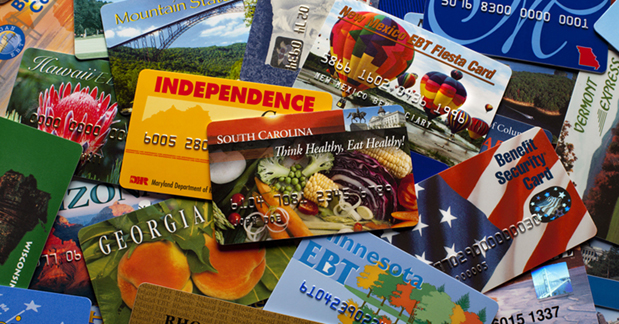 The Supplemental Nutrition Assistance Program (SNAP) is the largest federal program aimed at combating hunger and food insecurity among low-income Americans. Sometimes referred to as food stamps, SNAP benefits are transferred to needy families through debit cards, which can be used to purchase food items in retail stores.

SNAP has demonstrated significant anti-poverty effects while comprising a fraction of federal spending. In fiscal year 2018, the most recent year for which a complete set of data is available, SNAP:

Below is a look at how SNAP works, who benefits from it, and its place in the federal budget.

How Does SNAP Determine Eligibility and Benefit Levels?

In general, there are two paths for SNAP eligibility. Many participants are eligible for SNAP benefits because they receive assistance from other federal programs, such as Supplemental Security Income or Temporary Assistance for Needy Families. Households who do not receive assistance from those programs may still qualify for SNAP, but must meet certain income and asset tests. Apart from income eligibility standards, those age 16–59 generally must also register to work and accept suitable job offers to receive SNAP benefits. Of that group, able-bodied adults age 18–49 without dependents are limited to three months of benefits out of every three years unless they meet additional work requirements or are exempted by their state.

When calculating benefit amounts for SNAP, the U.S. Department of Agriculture (USDA) relies on its Thrifty Food Plan, a set of dietary guidelines designed to meet nutritional needs at a low cost. Based on those guidelines, the USDA sets maximum benefits for different household sizes, shown in the table below. Not including SNAP benefits received, families are expected to spend 30 percent of their net income on food.

Therefore, when determining benefits for individual households, USDA calculates 30 percent of a household’s net income and subtracts that amount from the maximum benefit amount to which that household is entitled. For example, in 2018, the maximum monthly benefit for a household with two people was $352 in the contiguous United States. If the household’s net income totaled $500 per month, it would be expected to spend 30 percent of that, or $150, on food. Therefore, the monthly benefit would then be $352-$150 = $202. Of all households receiving SNAP benefits in a given month, 37 percent of them receive the maximum amount.

Individuals and households must submit an application and undergo an interview to receive SNAP benefits. Once deemed eligible, they receive an Electronic Benefit Transfer (EBT) card that is automatically filled with the designated benefit amount every month. EBT cards work like debit cards and can be used at any authorized food store. Households cannot use their benefits to purchase items like cigarettes and alcohol, or for hot foods.

Some people are ineligible for SNAP for reasons other than failing to meet financial and work requirements. Those include individuals who are on strike, unauthorized immigrants, and some lawful non-citizens.

Who Benefits from SNAP?

SNAP is a wide-reaching program that provides support to many individuals and households across geographical boundaries. About 12 percent of all Americans participate in SNAP, and the rate of participation varies widely by state.

A majority of households receiving SNAP benefits include a child, or an elderly or disabled person; according to the USDA, 41 percent of such households in fiscal year 2018 included children, and 47 percent contained someone who was elderly or disabled. However, many eligible people from those vulnerable groups do not receive any benefits. According to the latest report by the USDA, only 48 percent of eligible adults 60 and older are enrolled in the program, in contrast to 84 percent of all eligible individuals. Many of them are unaware that they are eligible, believe that their benefits will be insignificant, or are unable to go to a grocery store to use the benefits.

SNAP’s participants are racially diverse but not reflective of the population of people in poverty. While white Americans have one of the lowest poverty rates among all races, they comprise almost two-fifths of both SNAP participants and benefits received.

How Much Does SNAP Cost?

SNAP comprises a very small portion of the federal budget and it is not a key driver of our federal debt. The Congressional Budget Office (CBO) projects that spending for SNAP will make up about 1 percent of total federal spending in 2020. However, SNAP is a counter-cyclical income-security program, meaning that participation automatically — and by design — expands during economic downturns and shrinks in response to reduced need. As a result, spending spiked during the most recent recession, but CBO projects that SNAP spending will continue falling as a percentage of total outlays over the coming decade.

While SNAP is not a large part of the federal budget, it is the largest nutrition assistance program in the United States by far; the program alone constituted almost half of USDA’s budget and about 67 percent of all federal food assistance spending in fiscal year 2018. Whereas other nutrition assistance programs target specific populations like school children and new mothers, SNAP is generally available to households in need and therefore more responsive to fluctuations in the economy.

In addition to helping individuals secure access to food, SNAP supports other goals such as promoting healthier diets, providing nutrition education to low-income families, and encouraging self-sufficiency through work requirements. Discussions about reforming the program therefore generally revolve around how to best achieve those goals. In particular, common themes include:

Over the past year, the Department of Agriculture proposed three major changes to SNAP. Those proposals would:

Ultimately, SNAP is a program with a small budgetary impact that benefits Americans who live near or in poverty. SNAP is not a significant cause of our nation’s overall fiscal imbalance, which is driven by structural factors stemming from an aging population and rising healthcare costs.

1. The USDA used poverty guidelines from 2017 to set SNAP eligibility standards in 2018. ↩

SNAP Lifts People Out Of Poverty

It’s Been 25 Years Since We Last Raised the Gas Tax, and Its Purchasing Power Has Eroded

As of June 9, 2020, the Treasury has disbursed roughly $147 billion, or about 98 percent, of the total $150 billion allocated in the Coronavirus Relief Fund.