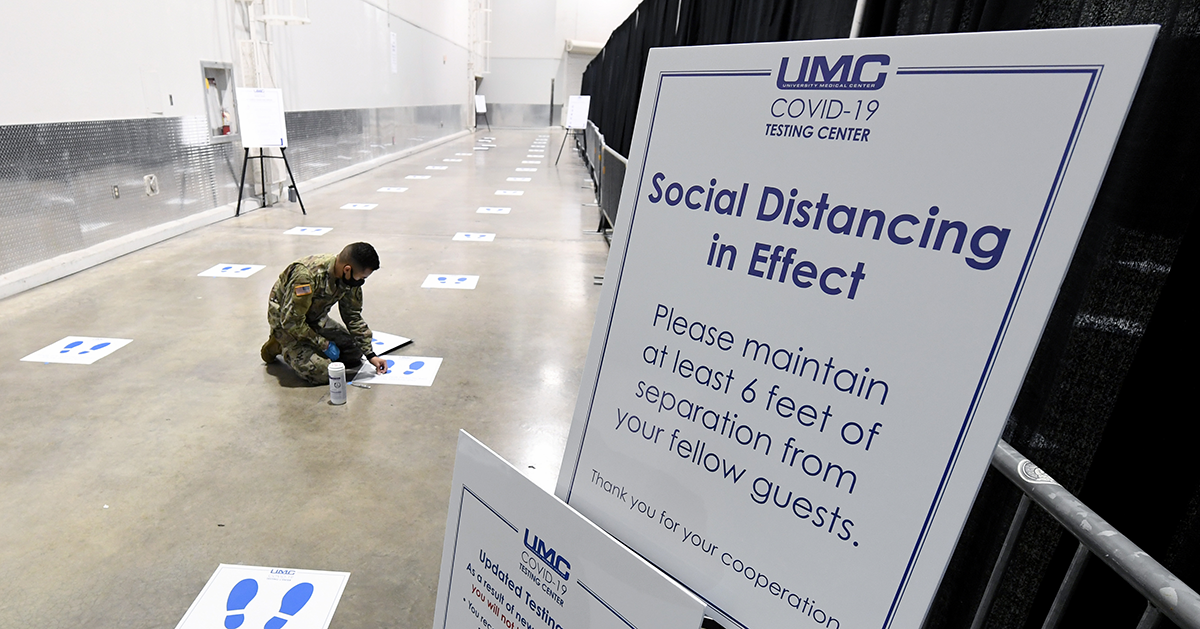 Today, the nonpartisan Congressional Budget Office (CBO) released its baseline budget projections for the next decade — its first analysis to fully take into account the economic effects of the coronavirus (COVID-19) pandemic and the legislative response to it.

Below are five key takeaways from CBO’s report:

2. The federal deficit will exceed $3.3 trillion this year and will remain over $1 trillion throughout the rest of the 10-year period. Mostly as a result of the legislative response to the pandemic, this year’s deficit will be more than twice as high as the previous peak of $1.4 trillion, which was reached at the height of the financial crisis in 2009. Over the next 10 years, deficits will remain elevated, totaling $13 trillion over that period.

3. Once the effects of the pandemic have wound down, large deficits will remain as a result of a structural mismatch between spending and revenues. Spending — driven by an aging population, rising healthcare costs, and interest costs — is expected to grow from 21.0 percent of GDP before the pandemic to 23.0 percent in 2030. Revenues, on the other hand, are anticipated to be insufficient to meet the spending promises that have been made, and are projected to rise from 16.3 percent of GDP in 2019 to just 17.8 percent in 2030.

4. Spending in the longer term will be driven by Social Security and the major healthcare programs. Mandatory spending is projected to grow by 70 percent from $2.7 trillion in 2019 to $4.7 trillion in 2030. High per-capita healthcare costs and the demographic realities of an aging population will combine to make projected spending for federal healthcare programs like Medicare and Medicaid rise rapidly in the coming years. Similarly, as the number of people entering retirement increases, spending on Social Security will also grow from 4.9 percent of GDP in 2019 to 6.0 percent in 2030.

5. CBO expects that interest rates will remain low, significantly reducing projected interest payments. In January, CBO anticipated that the interest rate on 3-month Treasury bills would rise to 2.4 percent by 2030, while the rate on 10-year Treasury notes would reach 3.1 percent by that year. However, CBO now anticipates that the interest rate on 3-month bills will remain near zero for several years and that the rate on 10-year notes will rise to 3.2 percent by the end of the decade. As a result, net interest costs are now projected to grow more slowly than anticipated in January, totaling $3.7 trillion over the next 10 years ($2.2 trillion below the estimate presented in January). Nevertheless, annual interest costs are still projected to nearly double over the next 10 years.

The latest projections from CBO highlight the lasting effect the COVID-19 pandemic may have on the federal budget, and complement the agency’s earlier projections of the disruption caused to the U.S. economy. While CBO underlines the volatility of such projections, particularly amid the continuing economic and fiscal response related to the virus, this outlook underscores the impact of the pandemic and reveals the seriousness of our underlying fiscal challenges.

Related: See How the Coronavirus Has Impacted 10-Year Projections for Unemployment, GDP, Inflation, and Interest rates

CBO’s Budget Outlook Shows Pandemic’s Acceleration of U.S. Fiscal Challenges
Deficits are Back on the Rise
CBO: Recent Budget Deal Will Add $1.7 Trillion to the National Debt over the Next 10 Years