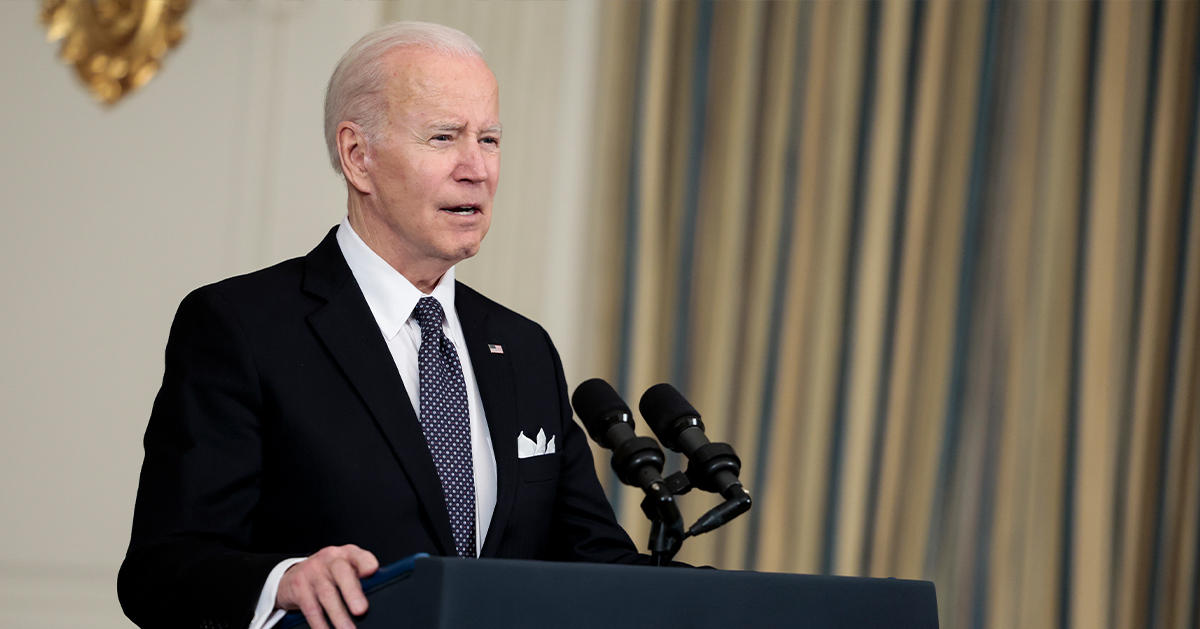 In an important acknowledgement of our nation’s unsustainable fiscal outlook, the President’s budget for fiscal year 2023 proposes to reduce deficits by $1 trillion over the next decade relative to current law. While that is a positive step, our nation would nonetheless remain on a path of unsustainable rising debt. The budget outlines tax policies that would increase revenues over the next 10 years, more than offsetting the proposed spending increases over that period, but it does not address the underlying structural imbalance that defines our fiscal outlook in the decades ahead.

1. The President’s budget reduces deficits relative to current law. Policies in the budget would reduce annual deficits over the next decade compared with their current path. However, deficits would still exceed $1 trillion each year. As a percentage of gross domestic product (GDP), the deficit would remain relatively steady at around 4.5 percent of GDP, above the 50-year average of 3.5 percent.

2. Debt would rise under the President’s budget. According to the Administration, debt held by the public as a percentage of GDP would increase from 102.4 percent at the end of 2022 to 106.7 percent in 2032. The ratio would reach the highest level in American history — exceeding the 106 percent of GDP recorded in 1946.

5. The President’s budget accounts for key assumptions around inflation and interest rate hikes. The budget incorporates some recent trends in economic variables and assumes that they will stabilize over the next few years. For example, the Administration assumes that the economy will grow at an inflation-adjusted rate of 4.2 percent in calendar year 2022, but hover between 2.0 and 2.3 percent from 2024 through 2032. In addition, the budget incorporates higher interest rates for Treasury securities – for example, the interest rate for 3-month Treasury securities would rise from 0.2 percent in 2022 to 2.3 percent by 2028; however, recent data from the Federal Reserve indicate higher short-term rates over the next couple of years. Those interest rates are in the context of inflation that is currently projected to be 4.7 percent in 2022 but fall to 2.3 percent in 2023 and remain at that level throughout the 10-year period.

The release of the Biden Administration’s budget is a critical opportunity to discuss and consider our nation’s fiscal policies and economic future. The President calls for greater investment in many important national priorities, and identifies ways to pay for such new spending, while also decreasing projected deficits.

However, the country’s overall fiscal outlook remains on an unsustainable path due to the underlying mismatch between spending and revenues. The effects of the pandemic and recent geopolitical developments underscore the need to have a sustainable long-term budget that provides the flexibility to respond to such developments. As budget season gets underway, the President and Congress should work together to establish priorities that ensure economic growth and put America on a more solid fiscal foundation.