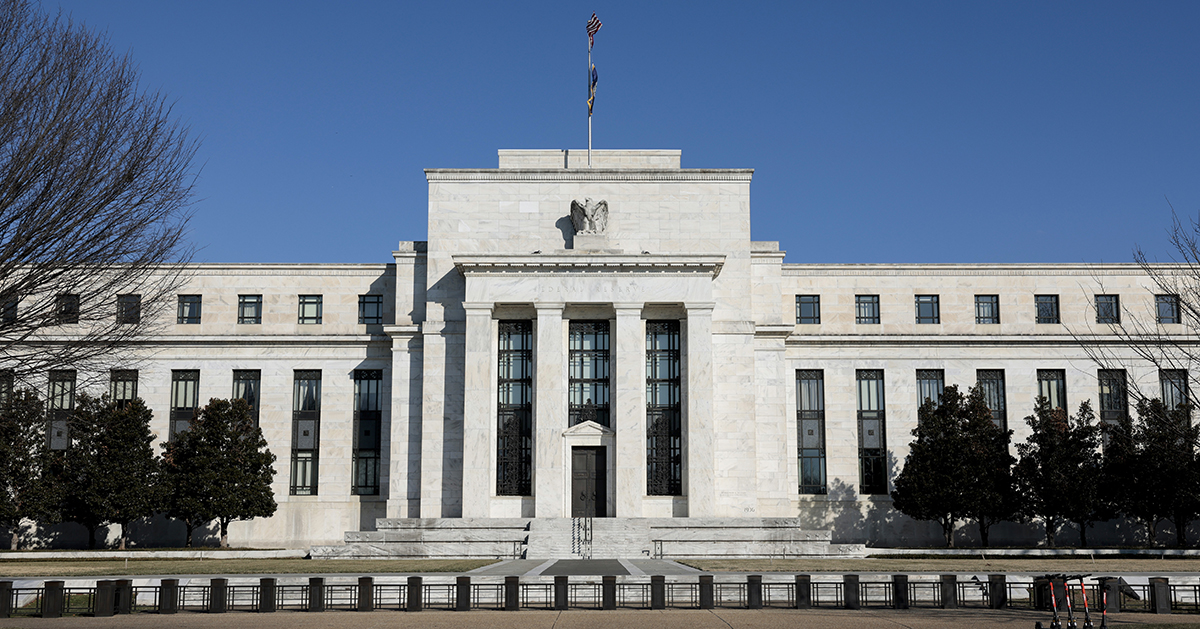 Federal debt held by the public at the end of 2021 was about 100 percent of gross domestic product (GDP), higher than at any time in history apart from a short period at the end of World War II. The recent surge in debt has been somewhat mitigated because interest rates are historically low, which has made it cheaper to borrow in recent years. In a report at the end of last year, Brian Riedl of the Manhattan Institute considered the risks to our economy and the federal budget as interest rates rise. Riedl argues that despite current low interest rates, the likelihood of a return to higher rates is “both reasonably likely at some point and potentially calamitous for the federal government and broader economy.” Therefore, he writes, “lawmakers should begin taking steps to mitigate this risk.”

Here are five key insights and arguments made in the report.

As interest rates have declined in recent decades, some have predicted that they would remain permanently low. That perspective ignores two things: economic variables such as interest rates and inflation fluctuate over time, and they are difficult to forecast. For instance, no member of the Fed’s rate-setting Federal Open Market Committee expected inflation above 2.5 percent last year, yet by December it had reached a four-decade high of 7 percent and has continued to rise. Given that economic forecasts often turn out differently, borrowing heavily with the hope that interest rates will remain permanently low is a significant risk.

In addition, the Manhattan Institute report notes that factors leading to the decline of interest rates may begin to reverse:

There are also “unknown unknowns” like wars, pandemics, or cyberterrorism that could cause an increase in interest rates.

Higher Interest Rates Have a Severe Effect on the Budget

Higher interest rates mean higher interest costs, which could crowd out opportunities to invest in other areas of the economy. The report notes that the Congressional Budget Office’s interest rate projections “would push federal budget interest costs to historic levels . . . by 2051, interest on the national debt will cost 8.6% of GDP (the current equivalent of $1.9 trillion annually),” thereby becoming the largest federal expenditure and equivalent to nearly half of all tax revenues. Over the upcoming decade, net interest costs would total $5.4 trillion, nearly tripling from $306 billion in 2022 to $910 billion in 2031. That growth could lead to a loss of flexibility for the government to implement its policies, as well as lower economic growth and incomes because federal borrowing absorbs savings that could have financed business investment and other pro-growth activities.

Social Security and Medicare are the two largest benefit programs in the budget and the key drivers of growth in spending. Riedl points out that based on the CBO’s projections, the Social Security and Medicare systems will see their spending levels rise from 7.9 percent of GDP to 12.6 percent between 2019 and 2051. “These rising costs will, in turn, deepen budget deficits that push net interest costs on the debt from 1.6% to 8.6% of the economy,” he wrote. He further argues that the two programs are so large that no combination of tax increases and or savings in other programs would feasibly be enough to address the growth in debt unless the programs themselves are reformed. Moreover, he writes, the longer we delay reforms, the more painful it is going to be down the line.

As Riedl states in his report, “standard economic theory has long held that government borrowing reduces the amount of savings available for the private sector to borrow and invest — which, in turn, raises the price of savings, or the interest rate.” Although the reduction in interest rates in recent decades has coincided with a period of rising government debt, the report cites several economic research papers suggesting that the economic principle remains valid, and that government debt has actually pushed interest rates upwards. However, that increase has been offset by other factors, including large savings by baby boomers, the global savings glut, and Federal Reserve policy, among others.

To manage the risks of potentially high interest rates causing economic damage, the report recommends that lawmakers hold off on making major new spending commitments, “especially new entitlements with rising long-term costs.” The report also suggests that the government should begin reforms of the Social Security and Medicare systems. Some suggested reforms to those programs over the next few years include gradually phasing in higher eligibility ages, benefit trims for wealthy seniors, modest payroll tax increases, and health efficiency reforms such as a new Medicare premium support system. Lawmakers could also mitigate long-term interest-rate risk by locking as much of the debt as possible into longer-term securities. That approach could temporarily raise borrowing costs, but it could save trillions of dollars if interest rates continue to rise.

Note: This report was funded by the Peter G. Peterson Foundation as part of our work to support projects, through grants and partnerships, that educate and engage Americans from a variety of perspectives. Learn more about our grantmaking.