Social Security Reform: Should We Raise the Retirement Age? 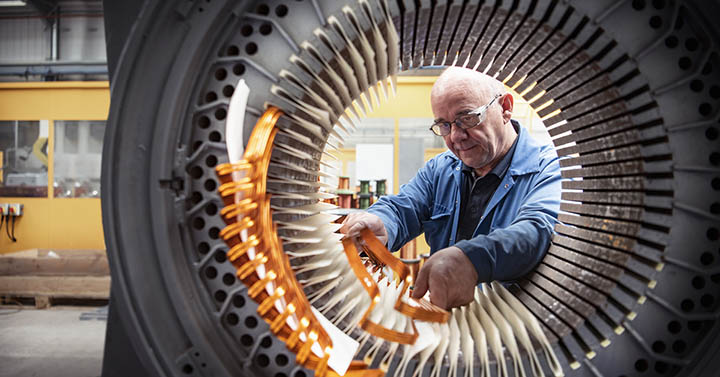 In their 2022 Annual Report, the Social Security trustees estimate that the program’s primary trust fund — Old Age and Survivors Insurance (OASI) — will spend more in payments to beneficiaries than it collects every year until it is depleted in 2034. At that time, an estimated 70 million beneficiaries would see a substantial reduction in their benefits as OASI will only able to distribute as much in benefits as it collects in annual revenues. Driving that impending depletion are the dual demographic trends of retiring baby boomers and lengthening life expectancies, which together have placed considerable strain on Social Security’s finances.

Many options exist to shore up the solvency of OASI, including increasing revenues dedicated to the program, raising the full retirement age, and decreasing the program’s benefits. A balanced approach that included components from each option in combination would likely provide the fairest, most lasting, and least painful adjustment for the future. Here we examine the effects of raising the full retirement age.

What Is the Full Retirement Age?

Individuals also have the option to begin collecting benefits as early as age 62, but their benefits would then be subject to a permanent reduction. Conversely, retirees that delay the initial collection of their benefits would have higher payments once they begin participating in Social Security. In practice, many retirees begin claiming their benefits as early as possible. In 2021, for example, one quarter of retired workers began claiming Social Security benefits at the earliest eligible age of 62, while nearly half of all retirees began collecting benefits some time before reaching full retirement age.

Not only are more retirees beginning to collect Social Security benefits in their early 60s instead of at 67, but they are also projected to live much longer than previous generations. Life expectancy among individuals who live to age 65 has risen dramatically since the inception of Social Security in 1937, with the number of people 85 years of age and older expected to nearly triple over the next 30 years. Simply put, a much greater number of people will collect Social Security benefits for a longer period than at any other point in U.S. history.

What Effect Could Raising the Full Retirement Age Have on Social Security’s Long-Term Solvency?

Given that more retirees are beginning to collect Social Security benefits earlier in their retirement, and that overall life expectancy continues to increase, many policymakers have called for a modification to the program wherein full retirement age is gradually raised and ultimately pegged to average life expectancy. According to an analysis from the Committee for a Responsible Federal Budget (CRFB), gradually increasing the full retirement age by two months per year until it reaches 69 and then indexing it for changes in overall life expectancy would save $90 billion over a 10-year period, but much more in future decades; CRFB estimates that the change would close over half of the structural mismatch between Social Security’s revenues and spending in the long run.

A similar analysis conducted by the Congressional Budget Office (CBO) found that increasing the full retirement age by two months per birth year until it reached age 70 for Americans born in 1978 or later would decrease total federal outlays by $72 billion through 2030. In its calculations, CBO allowed for workers to continue choosing to begin collecting benefits as early as age 62, but their initial monthly benefit would be reduced by a larger amount.

What Are the Arguments in Favor of Raising the Full Retirement Age?

First and foremost, raising the Social Security retirement age would help make this essential program stronger and more sustainable for the future, as outlined above. It would also have a positive effect on the nation’s overall fiscal outlook.

Additionally, many proponents of raising the full retirement age argue that doing so would encourage people to work longer, which in turn would have a positive effect on economic output. A study from the Urban Institute found that because older workers will be incentivized to delay retirement in order to accumulate more Social Security benefits, the overall effects would be increased production of total goods and services in the economy, enhanced standards of living post-retirement, and greater federal payroll tax revenues. According to the study, if all workers responded to an increase in the full retirement age by delaying retirement by just one year, the additional payroll and income tax revenues generated could be as much as 28 percent of the annual Social Security deficit 40 years from now.

Proponents of the policy also argue that the alteration in benefits to near-term prospective retirees would not be overly burdensome because the annual increase to the full retirement age would be incremental and because the option to begin collecting early (albeit reduced) benefits at 62 would remain in place. A report from the Social Security Administration analyzing the projected effects of three different approaches to raising the full retirement age found that, because the increases in the retirement age occur over a long time, the effects on benefits for a midcareer worker would not be significantly different from scheduled benefits.

What Are the Arguments Against Raising the Full Retirement Age?

In addition, critics note that increases in overall life expectancy are not spread equally across the income spectrum. According to a report from the Congressional Research Service (CRS), overall life expectancy is lower for individuals with lower socioeconomic status. What’s more, CRS notes that those differential life expectancies have resulted in a widening gap in the value of lifetime Social Security benefits between low- and high-income earners. Therefore, some economists argue that the potential benefit cuts associated with increasing the full retirement age would be unfairly borne by low-income workers who were more likely to have worked in labor-intensive industries, and are less likely to live and collect Social Security for as long as their high-income counterparts.

As the American population continues to age and live longer, Social Security’s solvency will continue to be put under greater strain. In order to preserve the program that is so vital for tens of millions of older Americans, policymakers must consider reforms. In addition to raising the full retirement age, there is a host of other revenue and spending side policy options that can be enacted to narrow Social Security’s solvency gap and put the program on sounder fiscal footing. It is critical that lawmakers work to strike the right balance between the adequacy of benefits for recipients and the financial and fiscal implications for the federal government.