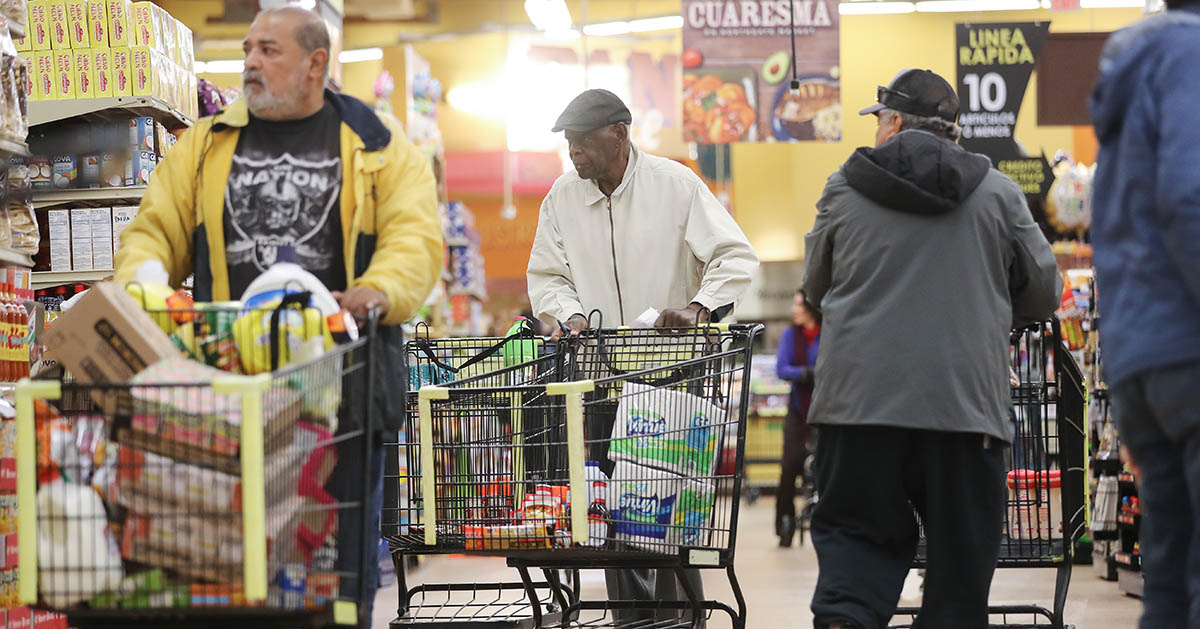 Social Security is the primary source of government-funded retirement support in the United States. Since its establishment in 1935, Social Security has grown to become the largest program in the federal budget; outlays in 2022 were 19 percent of total federal spending. However, the Social Security Trustees project that with the retirement of baby boomers and lengthening of life expectancies, the Social Security trust fund will continue to spend more every year, as it has since 2021, in payments to beneficiaries than it collects in payroll taxes, taxation of benefits, and interest earnings. As a result, the trust fund will be depleted by 2034. At that time, an estimated 70 million recipients would see a 23 percent reduction in their benefits.

Many options exist to shore up the solvency of OASI, including increasing revenues dedicated to the program, raising the full retirement age, and decreasing the program’s benefits. A balanced approach that included components from each option in combination would likely provide the fairest, most lasting, and least painful adjustment for the future. Here we examine proposed modifications to Social Security that would adjust benefits under the program.

How Much Do We Spend on the Social Security Retirement Program?

How Are Social Security Benefits Calculated?

Generally, an individual must work at least 10 years and pay into the Social Security system to be eligible for retirement benefits. A prospective retiree’s initial monthly retirement benefit, or primary insurance amount (PIA), is calculated using a three-tiered formula based on an individual’s average indexed monthly earnings (AIME). The AIME is determined by taking the sum of monthly earnings for the 35 years where one’s earnings are highest (if one was in the workforce for fewer than 35 years, the total number of working years is used). Then, the sum is divided by the number of months being considered, and this value is rounded down to the next lower dollar. For 2022, the PIA three-tiered calculation takes into account 90 percent of the first $1,024 monthly earnings, 32 percent of earnings between $1,024 and $6,172, and 15 percent of the earnings over $6,172.

What Are the Approaches for Reducing Social Security Benefits?

All of the nearly 70 million Social Security beneficiaries will face a sizeable reduction in benefit payments in 2034 if the OASI trust fund is actually depleted in that year. In particular, retirees with the lowest lifetime earnings and for whom Social Security payments represent the majority of total retirement income will be hit the hardest.

Because of this, some propose benefit modifications in the short term as part of a balanced approach to improve the solvency of the program. What’s more, proponents argue that a well-designed benefit reduction policy would improve the equitability of the Social Security program by better balancing the payouts between low-income and high-income earners. The following are some approaches to adjusting benefits that could improve the solvency of the trust fund.

One option for improving the solvency of Social Security is to reduce the amount newly eligible beneficiaries receive. In a 2010 report, the Social Security Administration (SSA) analyzed the distributional effects of three degrees of austerity in reducing the PIA. The first two policy options reduce total benefits for all new Social Security beneficiaries by 3 percent and 5 percent respectively. The PIA formula would remain the same under those options. Those reduction percentages are regardless of lifetime AIME, meaning that each beneficiary experiences the same percent reduction regardless of income. The third policy brief reduces the percentage thresholds for PIA, which is currently set at 90, 32, and 15 percent thresholds, rather than overall reductions for all income levels.

While all three approaches show a reduction to the long-term actuarial deficit, the PIA percentage threshold approach has the most significant anticipated reduction for beneficiaries. At the same time, while this option would result in higher average benefit reductions, it would also shield about 25 percent of the lowest lifetime earners from any benefit reduction and would leave fewer old-age beneficiaries in poverty. This is because the option adjusts the PIA percentages for the two upper thresholds but leaves the 90 percent threshold the same, meaning that all earners with income that remains in the first bracket would be unaffected by the policy change. However, while this policy option protects low earners who are dependent on their own earnings for retirement entitlements, the option would not protect low earners receiving a survivor benefit from a high earner, whose PIA would be reduced by the policy.

The primary downside of the three options above is that future beneficiaries would receive less in benefits than they are presently scheduled to receive. The Social Security Administration found that each of the three options in the 2010 report resulted in reduced benefits for nearly all future beneficiaries and an increase in the number of beneficiaries in poverty by 2070. Even the option designed to shield the lowest-income earners from any benefit reduction is projected to reduce overall benefits by a median of 19 percent when compared to scheduled benefits in 2070. Benefits for the highest and second highest wage quintiles would face massive cuts of 23 and 21 percent respectively over the same period.

Another option is to reduce benefits for high earners rather than all earners, improving the equity of payouts. One proposal, B7.7, included in the “Summary of Provisions that Would Change the Social Security Program” aims to reduce individual Social Security benefits if modified adjusted gross income (MAGI) is above $60,000 for single filers or $120,000 for taxpayers filing jointly. MAGI is a taxpayer’s adjusted gross income, minus taxable Social Security benefits plus nontaxable interest income. The percentage reduction would increase linearly up to 50 percent for single filers with MAGI of $180,000 and above or joint filers with MAGI of $360,000 and above. Thresholds would be indexed to the SSA average wage index and the proposal would take effect for newly-eligible beneficiaries 2027 and after. This approach is expected to improve the long-range actuarial balance by 15 percent.

Apart from critiques about future beneficiaries receiving less in benefits than they are presently scheduled to receive, some also argue that closing the gap on payouts is unfair to high earners and could threaten longstanding support for Social Security across all income levels. The current replacement rate of income, the percentage of an individual’s annual employment income that is covered by retirement income when they retire, is not linear. Low earners receive a higher replacement rate of income than high earners. Decreasing newly eligible retirement benefits for only high earners would widen that discrepancy, which some argue is unfair to high earners.

Changing how quickly benefits grow is another way to reform Social Security and decrease expected spending on scheduled benefits. Currently, Social Security benefits grow at the same rate as average wages. Pure price indexing would link the growth of initial benefits to growth in prices instead, which generally grow at a slower rate. This approach would utilize Chained Consumer Price Index for All Urban Consumers (C-CPI-U) rather than the current Consumer Price Index for Urban Wage Earners and Clerical Workers (CPI-W). Pure price indexing would cause the real value of average initial benefits to remain the same across time, but benefits for each future beneficiary would be smaller than current law. This option would reduce outlays by $109 billion over a ten year period, 2021 to 2030.

The Congressional Budget Office (CBO) analyzed a similar benefit reduction policy aimed at protecting low-earning retirees. Under this policy, referred to as progressive price indexing, initial benefits for the lowest 30 percent of lifetime earners would continue to be pegged to increases in the national wage index; however, benefits for the highest-earning workers would be pegged to the growth of prices as measured by changes in the consumer price index. Initial benefits for all workers in between would increase at a rate dependent on their position in the distribution of earnings. CBO found that progressive price indexing would still increase real annual average benefits for all but the highest-earning beneficiaries, with lower-earning beneficiaries not being affected at all. However, for most workers, initial benefits would increase more quickly than prices but slower than wages. This means that over time, this policy would reduce Social Security benefit expenditures compared to if indexing was left at current law. CBO’s analysis found that progressive price indexing would reduce total federal outlays by $69 billion over a 10-year period.

CBO’s analysis shows that those individuals who would become eligible for benefits in the distant future would be most affected by pure price or progressive price indexing. Although progressive price indexing would have a less dramatic effect on scheduled Social Security benefits than pure price indexing, both policy options would result in benefits replacing less of affected workers’ earnings than under current law. What’s more, CBO notes that because benefits would be pegged to changes in prices rather than wages, affected beneficiaries wouldn’t share in overall economic growth to the same degree that they would under current law, and thus would receive less in replacement benefits than they would today.

Finally, an assessment of progressive price indexing from the Committee on Budget and Policy Priorities (CBPP) titled “‘Progressive’ Price-Indexing Would Significantly Cut Social Security Benefits for Many Recipients” also shows that such a policy would lead future retirees to experience an increasingly lower standard of living than they otherwise would since the portion of workers’ past earnings replaced by Social Security would diminish. CBPP notes that progressive price indexing would dramatically reduce Social Security benefit replacement rates (the fraction of an individual’s past earnings represented by their Social Security benefits). At the time of publication in 2010, CBPP’s analysis projected that progressive price indexing would ultimately cut replacement rates from then current levels of 36 percent for medium-income earners and 24 percent for high-income earners to 26 percent and 12 percent respectively over a 70-year period.

Social Security faces major financial challenges that threaten abrupt and substantial benefit cuts for the program’s tens of millions of beneficiaries. Adopting a policy that gradually and equitably adjusts benefits is one of many viable reforms that can be enacted to narrow Social Security’s solvency gap and put the program on sounder fiscal footing.