Here’s What We Know about Foreign-Born Workers in the U.S. — and How Their Demographics Compare to the Native-Born Population 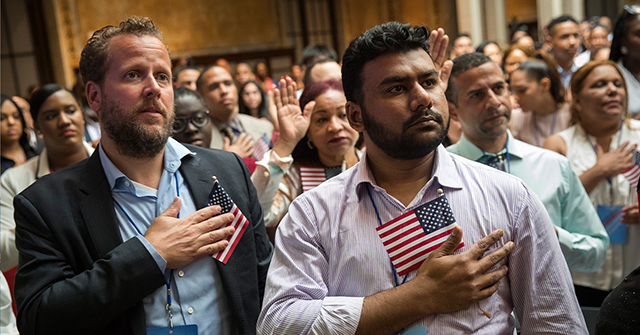 Foreign born workers make up 17 percent of the U.S. labor force. Understanding the differences between foreign- and native-born workers sheds light on important details of the U.S. economy, with implications for our budget and policy choices. Annual data published by the Bureau of Labor Statistics (BLS), as well as data from the American Community Survey (ACS), provide a useful look at the significant contributions that foreign-born individuals make to the United States’ economy.

Highlights from the most recent BLS and ACS data include the following takeaways:

How Much Do Foreign-Born Workers Earn?

A different story emerges when analyzing the data by race. For White, Black, and Asian workers, foreign-born individuals earn slightly more than those who are native-born. However, for workers who are Hispanic or Latino, the foreign born earn considerably less (13 percent) than the native born.

However, foreign-born individuals from several regions of the world have considerably higher levels of educational attainment than the foreign-born population as a whole. Those who are now living in the United States but were born in South Central Asia, East Asia, Europe, and Africa are more likely to have bachelor’s degrees than the native-born population of the United States.

The ACS collects data each year about the English proficiency of individuals age 5 or older. Data from the survey showed that in 2021, 17.0 percent of the foreign-born population spoke only English at home. A further 37.0 percent spoke English “very well” in addition to speaking one or more other languages. The remaining share of foreign-born individuals, nearly half of the total, characterize their skills in English as less proficient.

The U.S. labor force is changing in many ways. A substantial part of the labor force is foreign born, so an understanding of that population’s characteristics is key to understanding the overall economy. The information provided by BLS and the ACS on the foreign-born workforce can help policymakers as they consider legislation aimed at promoting a healthy economy.

While investing in a college education has undeniable, lifelong economic benefits, excessive levels of student debt can impose hefty financial burdens on borrowers.
How Much Government Spending Goes to Children?

Interest costs on the national debt are expected to rapidly outstrip spending on children in coming years.