The U.K. Economic Crisis Proves That Debt Matters, Even for the United States 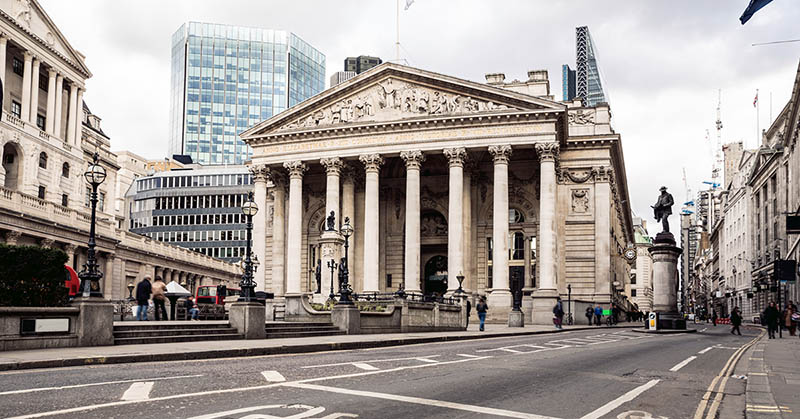 The economic turbulence in the United Kingdom demonstrates that fiscal responsibility is increasingly important in an era of high inflation and rising interest rates. A recent U.K. proposal to implement significant tax cuts and new spending in the midst of high inflation caused market turmoil and political instability due to concerns that such a policy would cause interest rates and inflation to rise even higher than planned. That episode may help draw lessons for policymaking and the importance of fiscal responsibility in the United States.

After holding interest rates close to zero to mitigate the economic effects of the COVID-19 pandemic, the central banks of both countries have taken a similar path to increasing interest rates in response to rising prices. The Central Bank of England increased the Bank Rate, the interest rate the Bank of England pays to commercial banks that hold money with them, six times this year so far. At 2.25 percent, the Bank Rate is the highest it’s been in nearly 14 years. The Federal Reserve, meanwhile, increased the target for the federal funds to between 3.00 and 3.25 percent, also a 14-year high. That move reflected the fifth time the central bank has increased rates this year.

What Caused the Economic Predicament in the United Kingdom?

In late September, while the United Kingdom was grappling with high inflation and rising interest rates, Prime Minister Liz Truss released a controversial “mini-budget” of unfunded tax cuts and spending increases. A deficit-financed plan would have added strain to the United Kingdom’s fiscal position, as their federal debt was already at 97 percent of GDP; furthermore, increasing the nation’s debt at a time of rising interest rates would have further increased their borrowing costs, which would have exacerbated fiscal concerns. While the plan was released without an official cost estimate, some analysts estimated that it would have provided £146 billion (around 1 percent of GDP, or $165 billion) in tax breaks over five years, including a reduction in tax rates for high-income individuals and corporations, as well as increases in spending to offset higher energy prices.

The announcement of that plan led to a rapid sell-off in government securities, which caused prices of such bonds in the United Kingdom to fall sharply, as many investors were concerned that the new policies would fuel existing inflation and push interest rates even higher. That rapid sell off posed a significant economic risk to the country, as some types of pension funds were struggling to stay solvent and the value of the British pound dropped. Because of the turmoil in the U.K. financial markets, the Bank of England stepped in and pledged to purchase £65 billion of government bonds to help calm the markets. While the former prime minister’s fiscal proposals have since been withdrawn, the country still faces a significant economic challenge in confronting high inflation and interest rates as well as restoring faith in the government’s bond market.

What Does the Economic Situation in the United Kingdom Mean for U.S. Fiscal Policy and the Federal Reserve?

The economic turmoil in the United Kingdom can serve as a lesson, and a warning, for the United States — financial markets are concerned with inflation and, as such, fiscal policy that seems inflationary can pose a serious risk to those markets (and, therefore, to the economy). Inflation in the United States is still at notably high levels and the Federal Reserve has increased the target for the federal funds rate five times so far this year.

But high inflation constrains the monetary policy options for the Federal Reserve in case of a recession. When typically faced with an economic downturn, the central bank can reduce interest rates to make it cheaper to borrow, which typically helps boost the economy. However, reducing interest rates also increases inflationary pressures — meaning the Fed would likely be unable to implement such a policy in an era of rapidly rising prices without risking a fallout in the bond market. Furthermore, inflation also limits the Fed’s ability to serve as a backstop to address potential turmoil in financial markets, as the Bank of England had to do in the United Kingdom.

Drawing on the experience from the United Kingdom, U.S. fiscal policy must not add to inflationary pressures or it could also undermine faith in the U.S. financial markets. Put simply, fiscal and monetary policy work best when they are both pushing in the same direction — especially during a crisis.

The unfortunate economic fallout in the United Kingdom should serve as a lesson to policymakers in the United States — fiscal responsibility is increasingly important in today’s economic climate. While fiscal policy can be used to help the Federal Reserve fight inflation, it must be well-targeted and not contribute to inflation. Rather than enacting policies that make the nation’s fiscal outlook worse and risk increasing inflation, policymakers should work together to put the nation on a sustainable fiscal path.