On October 2, the gross federal debt of the United States surpassed $27,000,000,000,000. Although the debt affects each of us, it may be difficult to put such a large number into perspective and fully understand its implications. The infographic below offers different ways of looking at the debt and its relationship to the economy, the budget and American families.

The $27 trillion gross federal debt includes debt held by the public as well as debt held by federal trust funds and other government accounts. In very basic terms, this can be thought of as debt that the government owes to others plus debt that it owes to itself. America’s high and rising debt matters because it threatens our economic future. The interest that we pay on the federal debt is now the fastest growing part of the budget. In fact, we spend nearly $1 billion per day, just on interest.

The coronavirus crisis has accelerated an already unsustainable fiscal trajectory, both because of its devastating effect on the economy and the necessary legislative response. When the health crisis is under control, it will be important to understand where our nation stands in its fiscal outlook and work together to implement sustainable solutions that promote economic stability in the years to come. Read on to learn more.

Tweet: America’s $27 trillion in #NationalDebt is greater than the size of the economies of China + Japan + Germany + India combined via https://ctt.ec/w4z73+ @pgpfoundation 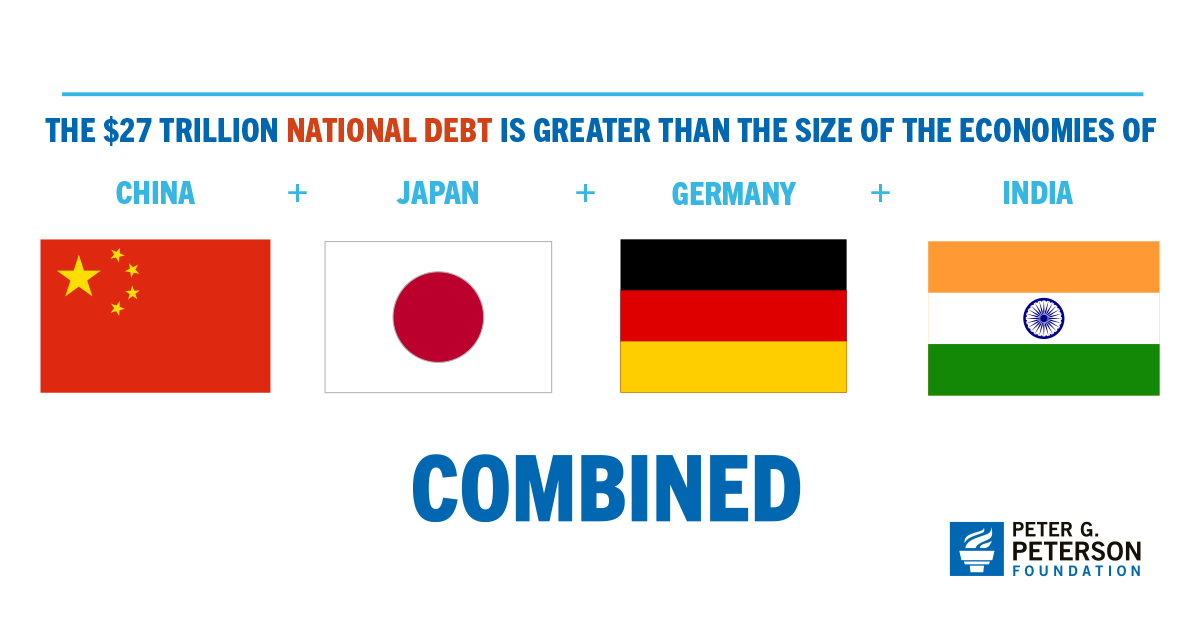 Tweet: Now at $27 trillion, our growing #NationalDebt is an issue for families across the U.S. https://ctt.ec/LI6a5+ via @pgpfoundation 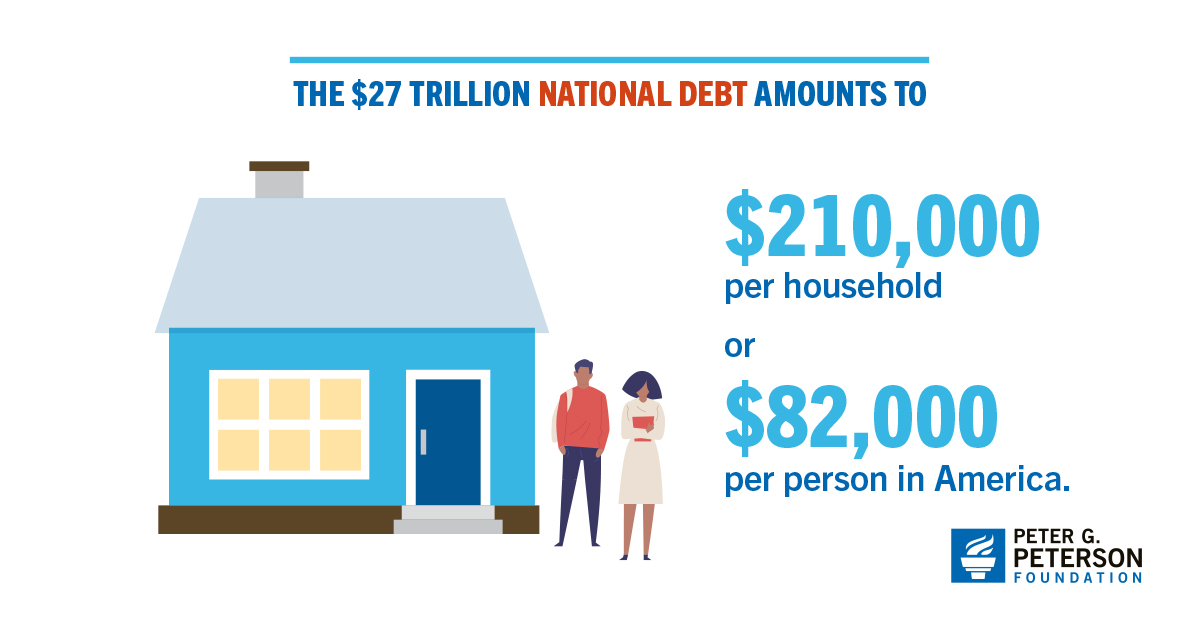 Tweet: At $27 trillion and rising, the #NationalDebt threatens our economic future. https://ctt.ec/X1gw9+ via @pgpfoundation 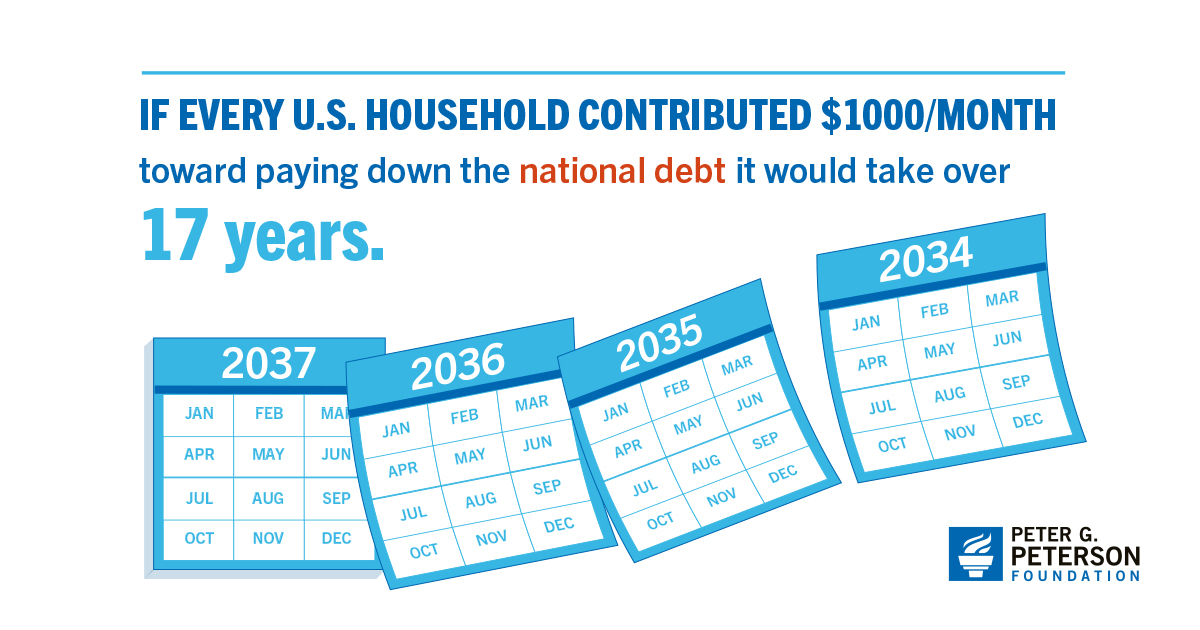 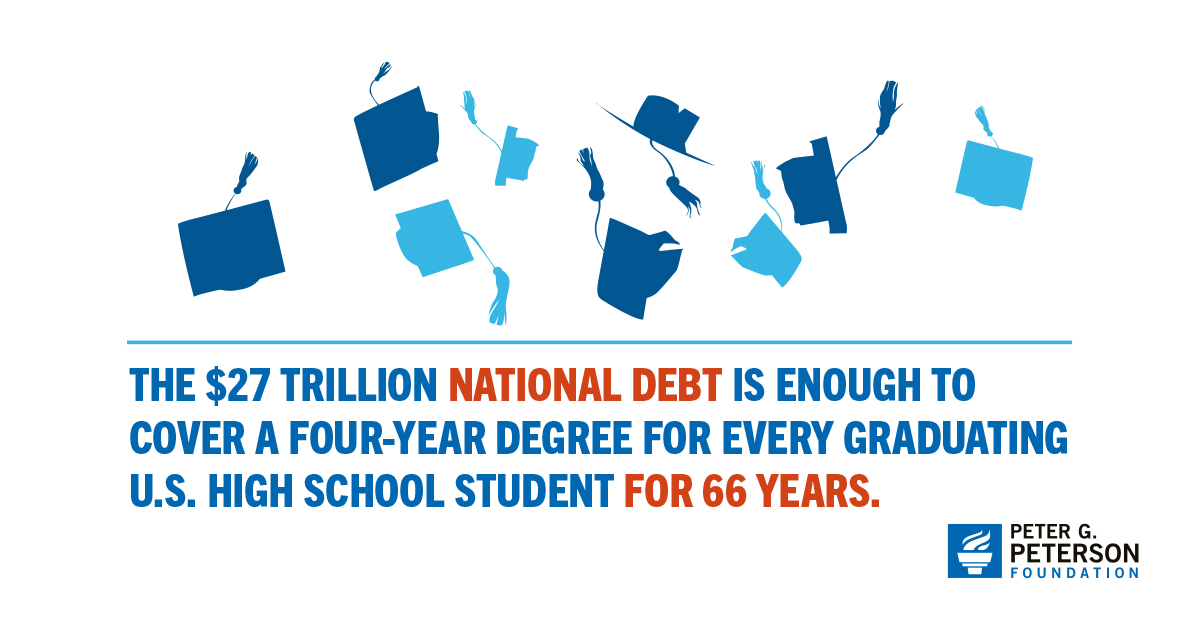 Tweet: The interest that we pay on the #NationalDebt is now the fastest growing part of the budget. https://ctt.ec/d87DZ+ via @pgpfoundation 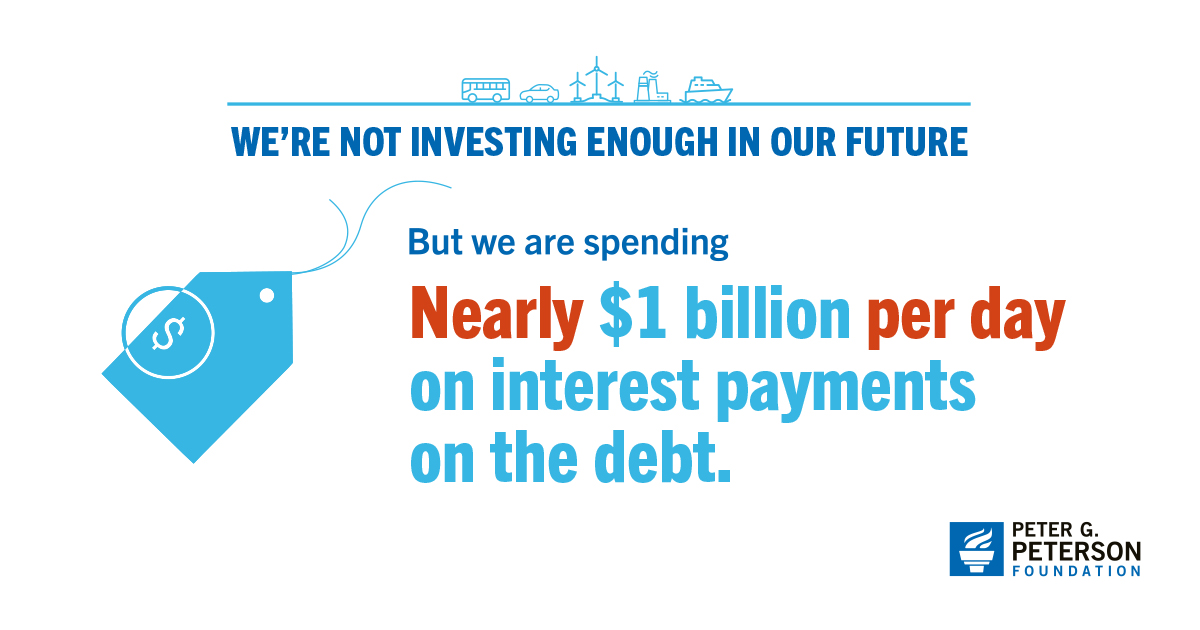