The gross federal debt of the United States has surpassed $31,000,000,000,000. Although the debt affects each of us, it may be difficult to put such a large number into perspective and fully understand its implications. The infographic below offers different ways of looking at the debt and its relationship to the economy, the budget, and American families.

America’s high and rising debt matters because it threatens our economic future. The coronavirus pandemic rapidly accelerated our fiscal challenges, but we were already on an unsustainable path, with structural drivers that existed long before the pandemic. Putting our nation on a better fiscal path will help ensure a stronger and more resilient economy for the future.

Tweet: America’s $31 trillion in #NationalDebt is roughly the value of the economies of China + Japan + Germany + United Kingdom combined. 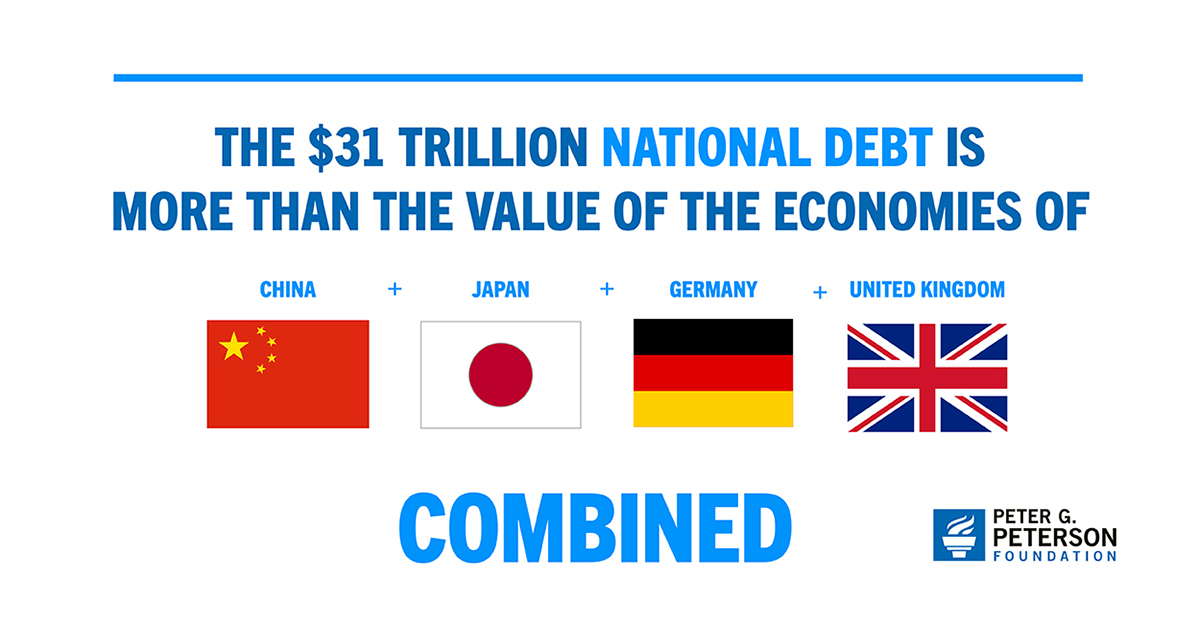 Tweet: Now at $31 trillion, our growing #NationalDebt is an issue for families across the U.S. 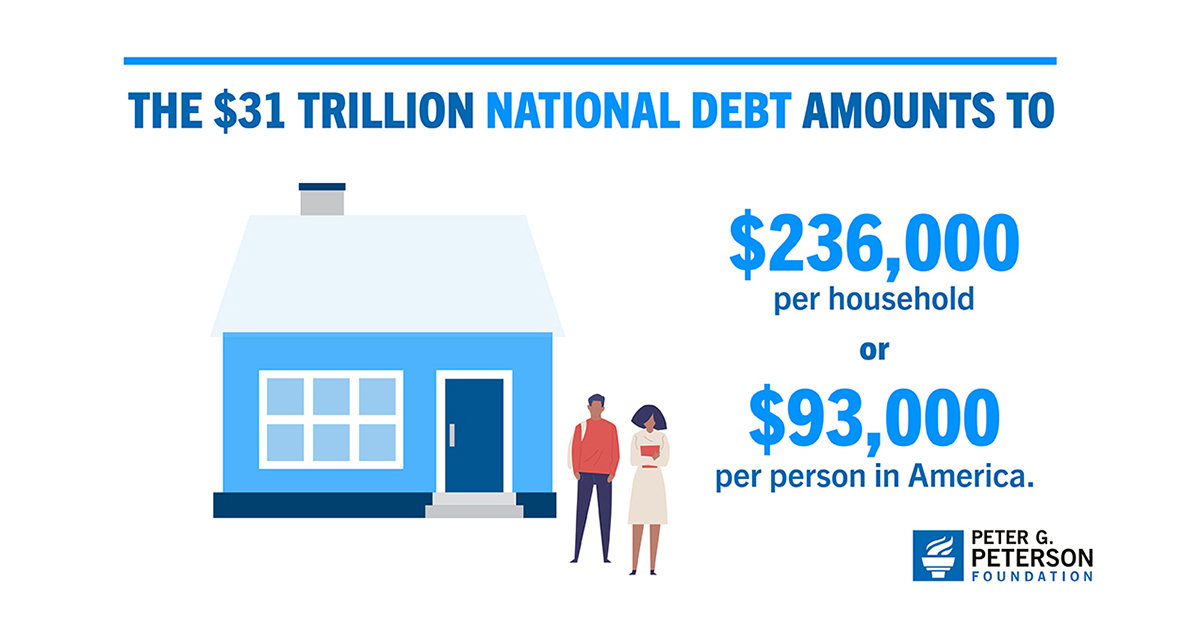 Tweet: At $31 trillion and rising, the #NationalDebt threatens our economic future. 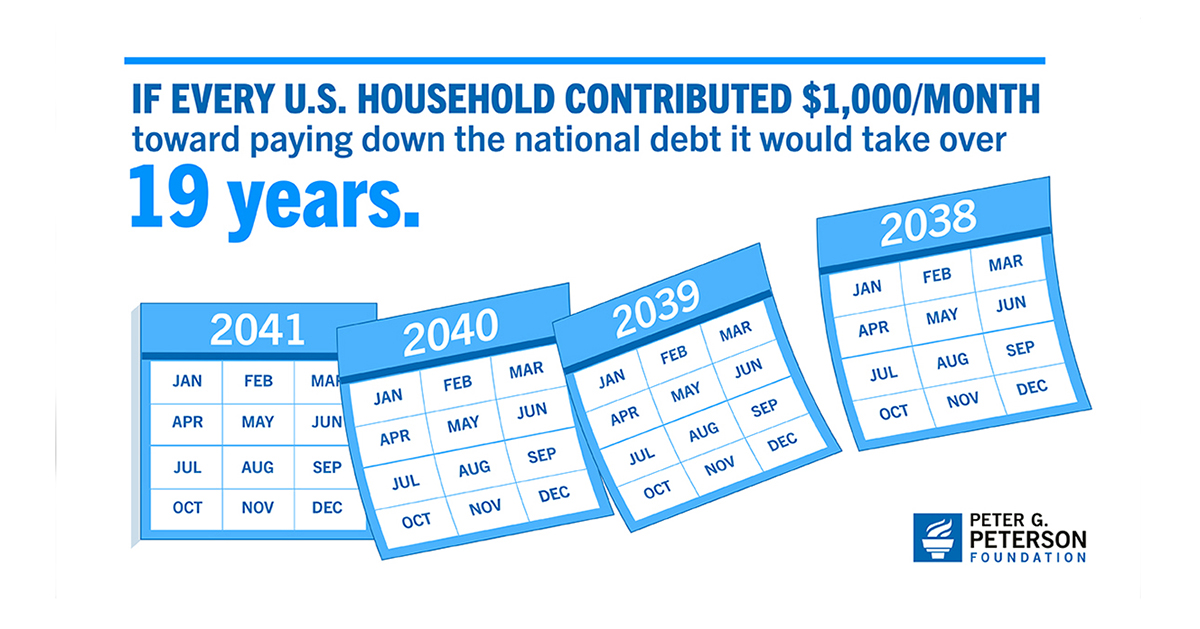 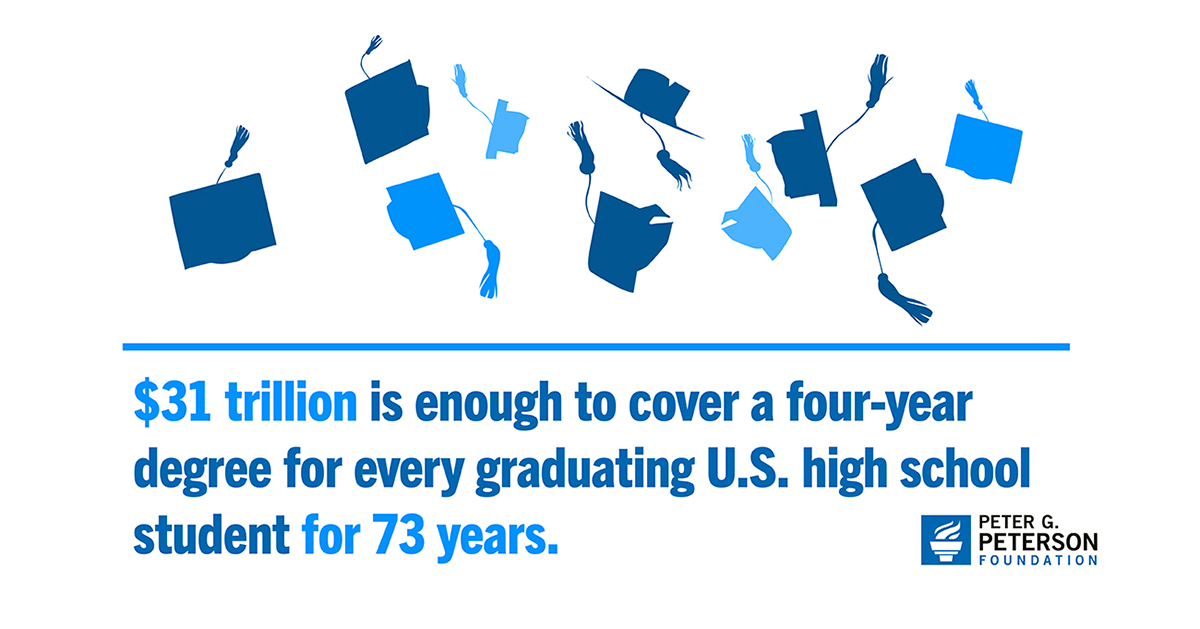 Tweet: The interest that we pay on the #NationalDebt is now the fastest growing part of the budget. 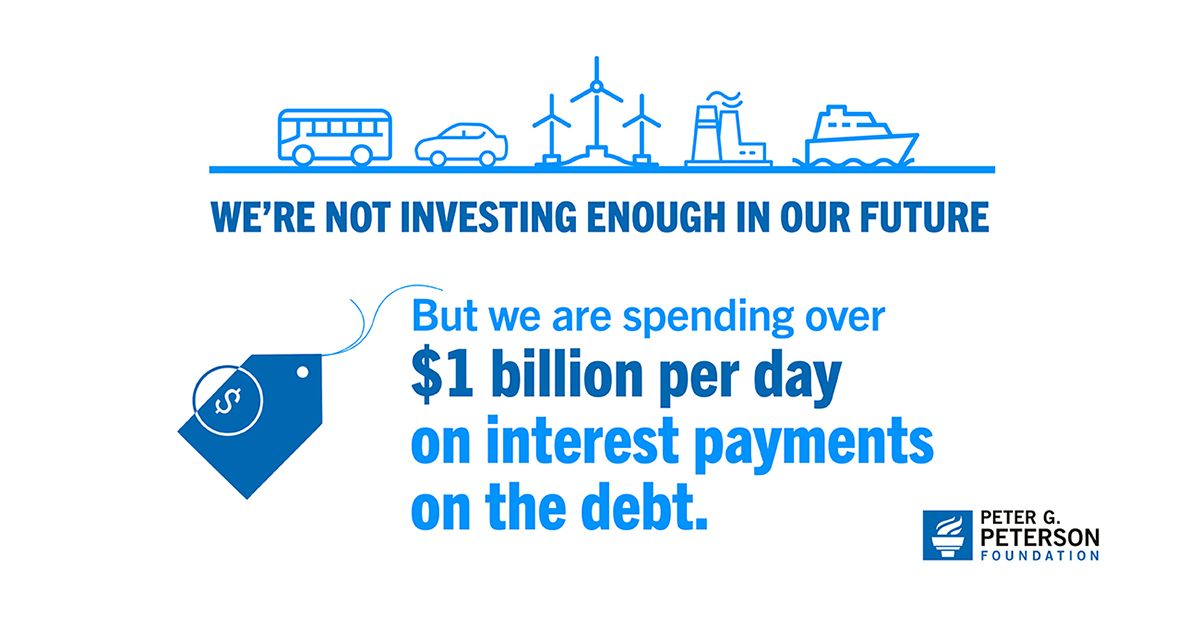 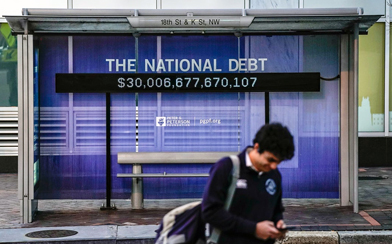