Pete Peterson established the Peter G. Peterson Foundation in 2008 to raise awareness of America’s long-term fiscal challenges and promote solutions to ensure a better economic future. As a nonpartisan organization, the Foundation works to put America on a fiscally sustainable path and protect the American Dream that Pete was so fortunate to have lived.

A first generation American, Pete was born in Kearney, Nebraska to Greek immigrant parents during the Great Depression. His family operated the quintessential Greek diner, which stayed open 24 hours a day, 7 days a week, 365 days a year, and taught Pete important lessons about the value of hard work, responsibility and commitment to community.

These lessons stayed with Pete throughout his life. His distinguished and far-reaching career included significant contributions and accomplishments across public service, business and philanthropy.

Pete’s public service began in 1971, when President Richard Nixon named him Assistant to the President for International Economic Affairs. One year later, he was named U.S. Secretary of Commerce. At that time, he also assumed the chairmanship of President Nixon’s National Commission on Productivity and was appointed U.S. Chairman of the U.S.-Soviet Commercial Commission. He again took on a public service role from 2000 to 2004, when he chaired the Federal Reserve Bank of New York.

In 1985, he co-founded The Blackstone Group, and over the next two decades he helped to grow the firm into a global leader in alternative investments. In the 1970s and ‘80s, Pete served as chairman and CEO of Lehman Brothers and Lehman Brothers, Kuhn, Loeb Inc. Before working in Washington, Pete was Chairman and CEO of audio-visual equipment manufacturer Bell & Howell, and an executive at advertising firm McCann Erickson.

Pete was chairman emeritus of the Council on Foreign Relations, founding chairman of the Peterson Institute for International Economics in Washington, DC, and founding president of The Concord Coalition. Along with former U.S. Treasury Secretary John Snow, he co-chaired the Conference Board Commission on Public Trust and Private Enterprise.

Pete authored numerous articles and essays, as well as seven books, including the best-selling Running on Empty: How the Democratic and Republican Parties are Bankrupting Our Future and What Americans Can Do About It and his memoir, The Education of an American Dreamer: How a Son of Greek Immigrants Learned His Way from a Nebraska Diner to Washington, Wall Street, and Beyond.

Pete is survived by five children and nine grandchildren, and his wife of 38 years, Joan Ganz Cooney, co-founder of the Children's Television Workshop.

“In creating this foundation, I am giving back a lot of my resources and myself to try, in my very small way, to give my children’s and grandchildren’s generations the same opportunities to share in this American Dream.” 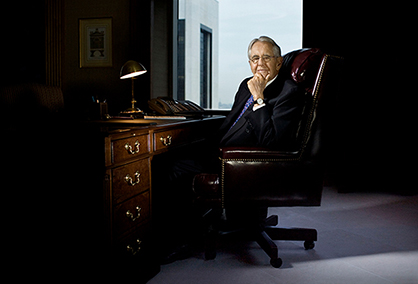 Pete was a prolific writer who penned seven books and over fifty articles. 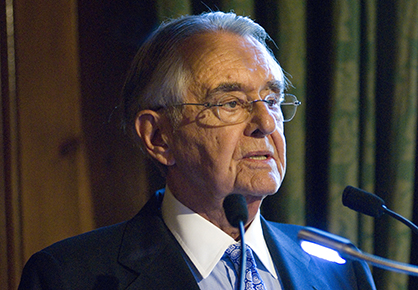 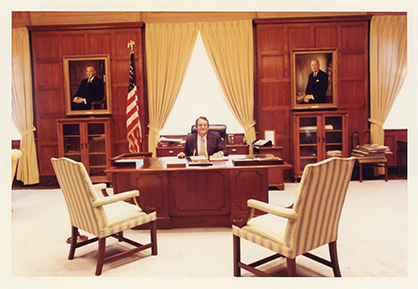 A Life in Photos 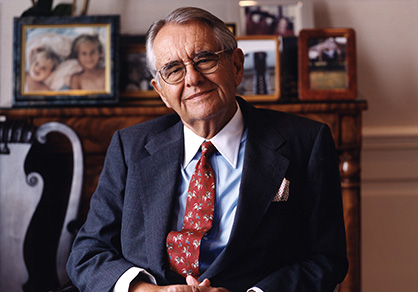 Reflections on Pete’s contributions and accomplishments in business, public policy and philanthropy.