Growth and Change in the Composition of Vulnerable Nonresident Fatherhood 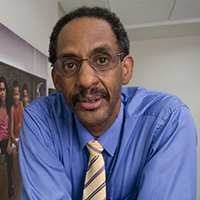 Dr. Ronald Mincy directs the Center for Research on Fathers, Children and Family Well-Being. Dr. Mincy is also a co-principal investigator of the Fragile Families and Child Wellbeing Study, and a faculty member of the Columbia Population Research Center (CPRC). He came to the University in 2001 from the Ford Foundation where he served as a senior program officer and worked on such issues as improving U.S. social welfare policies for low-income fathers, especially child support, and workforce development policies; he also served on the Clinton Administration’s Welfare Reform Task Force. He is an advisory board member for the National Poverty Center, University of Michigan; Technical Work Group for the Office of Policy Research and Evaluation (OPRE); Transition to Fatherhood, Cornell University; the National Fatherhood Leaders Group; the Longitudinal Evaluation of the Harlem Children’s Zone; and The Economic Mobility Project, Pew Charitable Trusts. Dr. Mincy is also a former member of the Council, National Institute of Child and Human Development and the Policy Council, Association for Public Policy Analysis and Management, co-chair of the Grantmakers Income Security Taskforce, and a board member of the Grantmakers for Children, Youth, and Families. 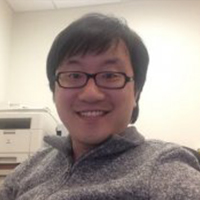 Hyunjoon Um is a doctoral student studying Social Policy Analysis at Columbia University School of Social Work. His research interests include child support policy, fatherhood, child development, and family well-being. He is currently working with Dr. Ronald Mincy on analyzing the long-term effect of fathers' earnings on children's academic and social skills. Hyunjoon Um holds a BA in Economics from Handong University and an MSW from Columbia University.