Yesterday, the Medicare Trustees released a report that warns of a serious funding shortfall in the Medicare program. This shortfall threatens the future of Medicare, which provides health insurance to more than 57 million people who are ages 65 and over, or who are disabled.

The Trustees highlight a fundamental imbalance between rising Medicare spending and the revenue sources dedicated to fund it. According to the report, America’s aging population and increasing per-enrollee healthcare costs will drive sharp increases in Medicare spending, which will outpace the program’s funding — causing a shortfall. The Trustees are calling on policymakers to act with urgency to shore up this critical program by addressing this fundamental problem.

The Trustees project that:

The Trustees urge lawmakers to enact legislation soon to put Medicare on a sustainable path:

"Notwithstanding recent favorable developments, current-law projections indicate that Medicare still faces a substantial financial shortfall that will need to be addressed with further legislation. Such legislation should be enacted sooner rather than later to minimize the impact on beneficiaries, providers, and taxpayers."

In addition, Americans have been living longer, which increases the length of time that people receive benefits from the program. In 1970, the average 65-year-old male was expected to live until age 79; today, he is expected to live until 84. The comparable life expectancies for women are 84 in 1970 and 87 today. While this is a welcome trend, it means that Medicare recipients will receive benefits for longer than they have in the past. In addition, medical costs typically increase with age, further driving increases in costs.

As Medicare spending has risen, the revenue sources that are dedicated to fund the expenditures — payroll taxes, premiums, and other receipts — are covering a smaller and smaller share of the actual costs. In 1970, Medicare’s dedicated income was able to fund 75 percent of the program, with the balance coming from transfers from the general fund of the Federal government. Today, payroll taxes, premiums, and other receipts are only able to fund 58 percent, with payroll taxes covering only 38 percent of the program’s costs. These shortfalls put increasing pressure on the rest of the federal budget.

As a result of the imbalance between revenues and costs in the Medicare program, the Trustees estimate that Hospital Insurance (HI) Trust Fund will be fully exhausted by 2029. The HI program finances inpatient hospital care, skilled nursing, home health, and hospice care, and almost all Americans ages 65 and older are eligible. Once the HI Trust Fund balance reaches zero, spending on benefits cannot exceed incoming revenues and premiums. Unless policymakers act, the Trustees estimate that in 2029 the Medicare program will be unable to pay 12 percent of its HI bills. If this happens, payments to providers, patients, or some combination, would have to be cut.

Medicare’s budgetary challenges go beyond hospital insurance. The Trustees also project rising spending on physicians, prescription drugs, and other healthcare services, which are funded by beneficiary premiums and general revenues. The trust fund for these programs cannot technically run out of money under current law because general revenue contributions must automatically cover any shortfalls in annual funding. However, the rising costs for these other health expenditures put pressure on the rest of the federal budget, consume resources that could be used for other programs, and ultimately lead to higher levels of federal debt and interest costs, which hurts the economy.

Medicare costs will be even higher under a less optimistic scenario

Medicare is facing a very predictable and long period of rapidly growing spending due to the retirement of the baby boomers and increases in longevity, as well as continued growth in healthcare costs per beneficiary. The Trustees call on Congress and the administration to act "with a sense of urgency" to address the growth in expenditures and the coming exhaustion of the HI Trust Fund. If done promptly, policy changes can be phased in gradually, minimizing the impact on beneficiaries. However, if Congress and the administration continue to delay needed reforms, Medicare enrollees could see more significant and sudden changes to the benefits that they rely on. Policymakers should work together to stabilize and strengthen this important program for generations to come, while also relieving the pressure it places on the rest of the budget. 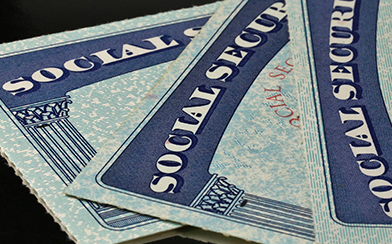