Lawmakers unveiled a tax overhaul framework today, outlining a number of changes to individual and corporate taxes. Below are charts that focus specifically on our corporate tax system.

1) The United States has the highest total statutory corporate tax rate among G20 countries at 39.1 percent — 5 percentage points above that of France. That tax rate includes the federal tax on corporate income (35 percent) as well as taxes imposed at the state and local levels. However, the U.S. tax code has many preferences that affect the rate actually paid by corporations. The effective tax rate takes those preferences into account and yields a tax rate of 19%, which is more in line with other developed nations. 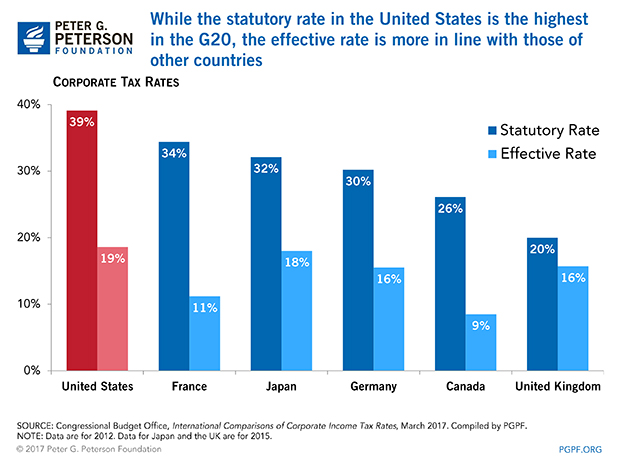 Tweet: The statutory corporate tax rate in the U.S. is 39%, but the effective rate is 19% #TaxReform

2) The United States collects less revenue from corporations as a share of GDP than many other advanced countries do. In 2015, the latest year for which data is available for international comparison, United States corporate tax revenues accounted for only about 2.2 percent of gross domestic product (GDP). 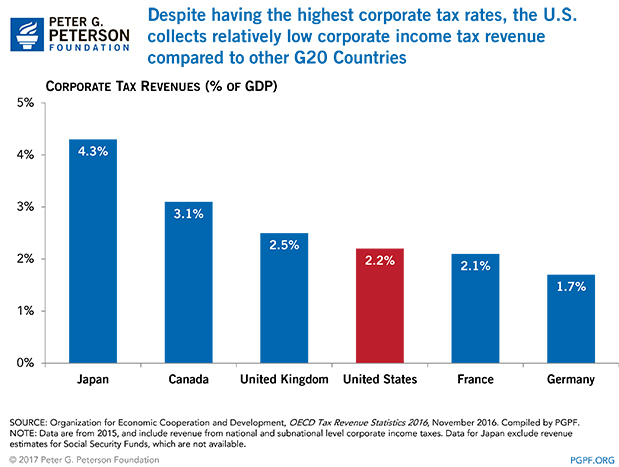 Tweet: The U.S. collects less revenue from corporate taxes as a share of GDP than many other advanced countries do #TaxReform 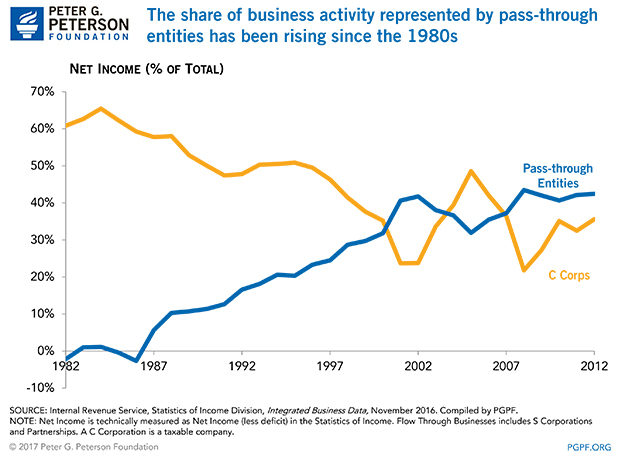 4) Revenues from corporate taxes have generally been declining as a share of GDP, in part as a result of the increase in pass-through businesses described above. 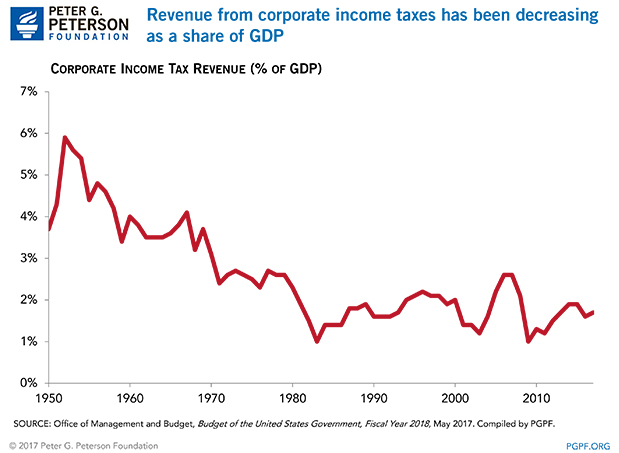 Tweet: Revenues from corp taxes have been ↓ as a share of GDP, in part because of ↑ in pass-through businesses #TaxReform

5) The United States forgoes nearly as much revenue as a result of tax expenditures for corporations as it collects in taxes from that source. 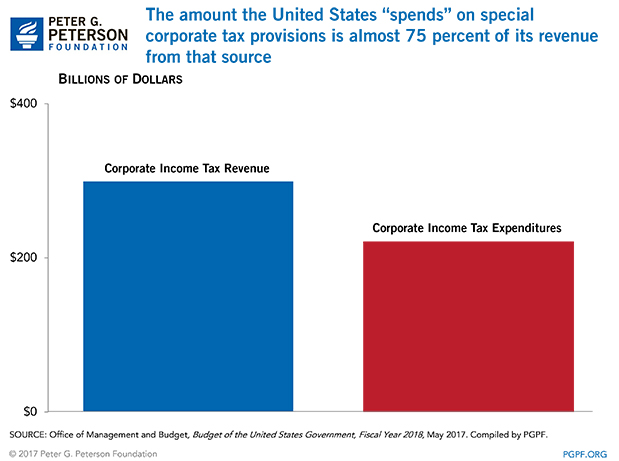 Tweet: The U.S. forgoes nearly as much revenue on corporate income tax breaks as it collects from that source https://ctt.ec/8G26t+ #TaxReform

Revenue from the Corporate Tax