As part of the President’s budget released earlier this year, the Administration included a blueprint for a comprehensive infrastructure initiative. Economists generally agree that public investment in infrastructure has a positive effect on productivity, and therefore on gross domestic product.  Accordingly, the President proposes a $1.5 trillion plan, comprised of $200 billion in federal funding over 10 years, which the Administration hopes will spur at least $1.3 trillion in additional spending from states, localities, and private investors.

The funding specified in the President’s budget would be allocated as follows: 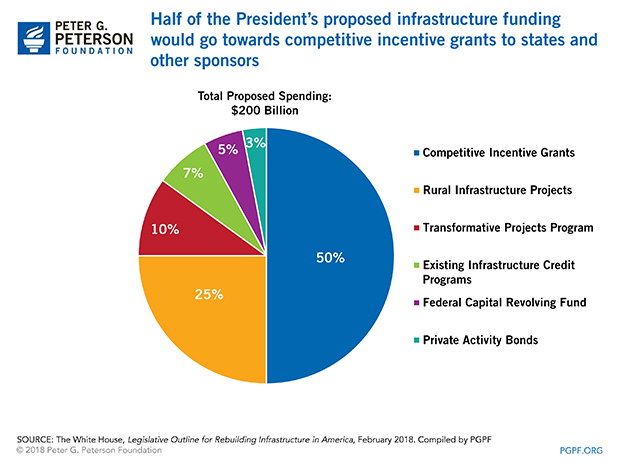 President Trump’s infrastructure plan has not yet progressed in Congress and a number of questions and concerns have been raised about its funding structure. First, there is a degree of uncertainty surrounding how states, localities, and private investors would provide $1.3 trillion in additional funding anticipated by the administration. States and localities already assume a large share of total infrastructure spending in the U.S. 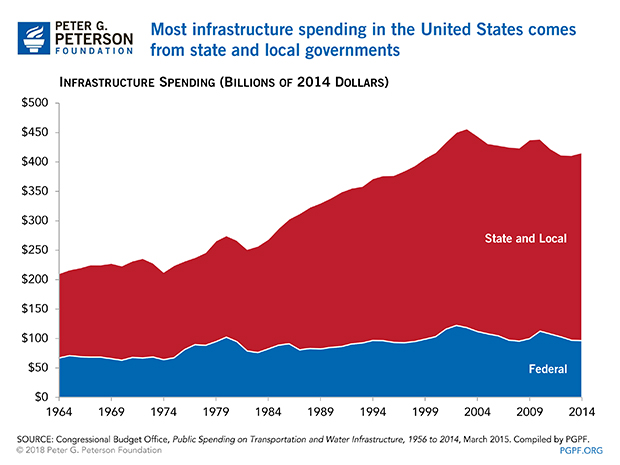 In particular, state and local governments fund nearly all investment for water utilities. They also contribute more than twice the spending on highways relative to the federal contribution and more than three times the amount spent by the federal government on mass transit and rail services. 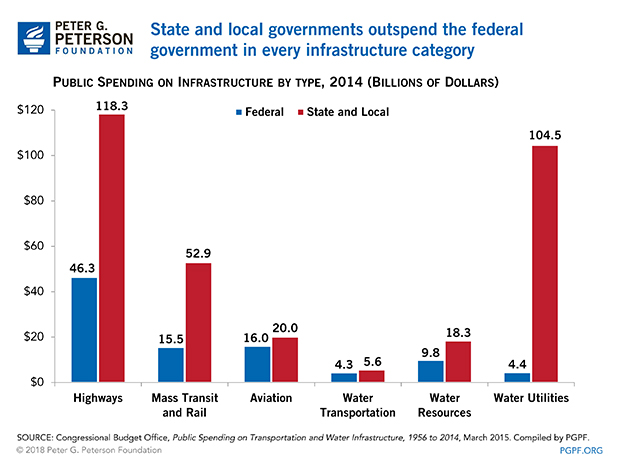 The plan also fails to address the solvency of the Highway Trust Fund, from which most federal funding for transportation projects is provided. CBO’s most recent baseline projections indicate that the balance in the Highway Trust Fund will be eliminated by 2022; if it is not replenished, the number of projects that it will be able to support will be restricted. 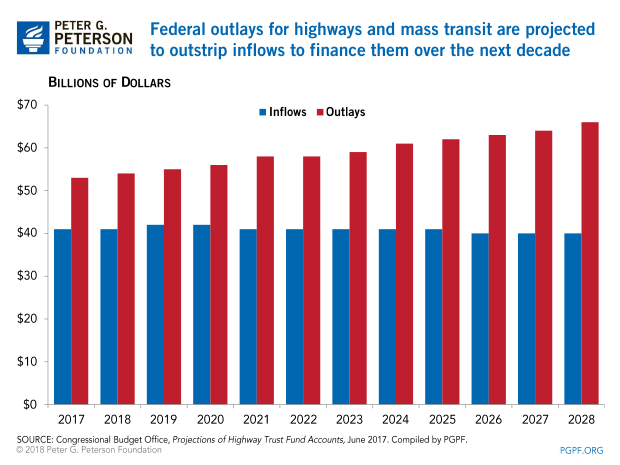 Additionally, a majority of public infrastructure investment is funded through nondefense discretionary spending, a category in the budget that President Trump proposes to reduce significantly. The President’s proposals for nondefense discretionary spending would also reduce appropriations for existing programs that provide funding for infrastructure, such as those for ground transportation and water resources. Those reductions would largely offset the proposed increase in federal spending under the infrastructure plan over the 2019–2028 period. 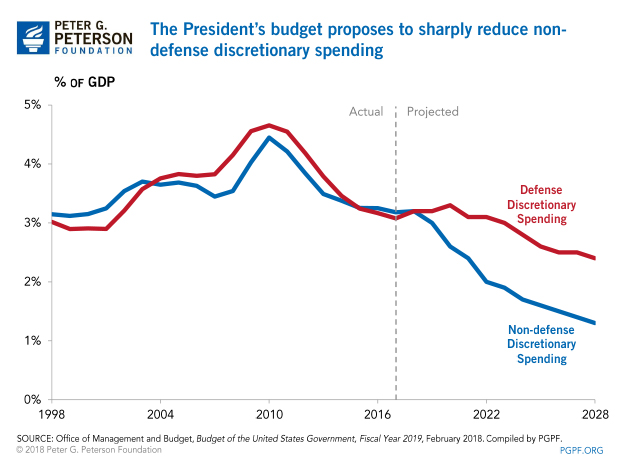 Those who support the President’s plan have lauded the proposed investment as ambitious and long overdue; opponents have criticized the uncertainty and reliance on spending by states, local governments, and private investors. Despite the range of reactions to the President’s plan, studies from Gallup and Pew Research Center indicate that a majority of Americans think infrastructure should be a policy priority. And there’s general consensus among economists that public investment in infrastructure has a positive effect on productivity, and therefore on gross domestic product, as demonstrated in a report from the Economic Policy Institute. However, Congressional support for the proposal remains uncertain, which means that the debate over infrastructure funding is likely to continue for some time.