How Have Tax Cuts Affected the Economy and Debt? Here’s What We Know So Far 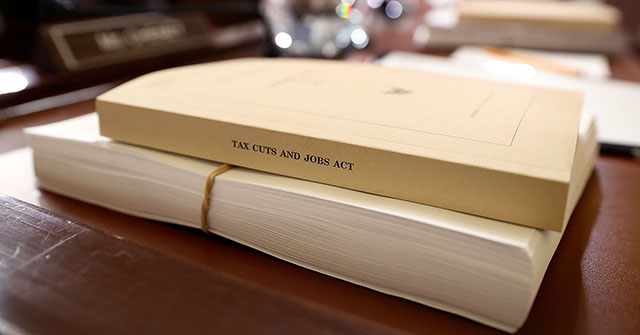 In December 2017, the Tax Cuts and Jobs Act (TCJA) was signed into law. This major piece of tax legislation included large-scale changes to both individual and corporate taxes, with significant implications for the federal budget and the overall economy.

Data released over the past several months are consistent with analyses of the law’s economic and budgetary effects that were released around the time of its enactment. Here is what we can say so far about the TCJA.

The TCJA Has Reduced Federal Revenues

The TCJA reduced the corporate tax rate and made other changes to the corporate tax code; as a result, the amount of corporate income taxes collected so far in the current fiscal year has dropped relative to the previous year. According to the Department of the Treasury, corporate tax receipts during the first nine months of fiscal year 2018 fell by 28 percent — from $223 billion in 2017 to $162 billion this year. 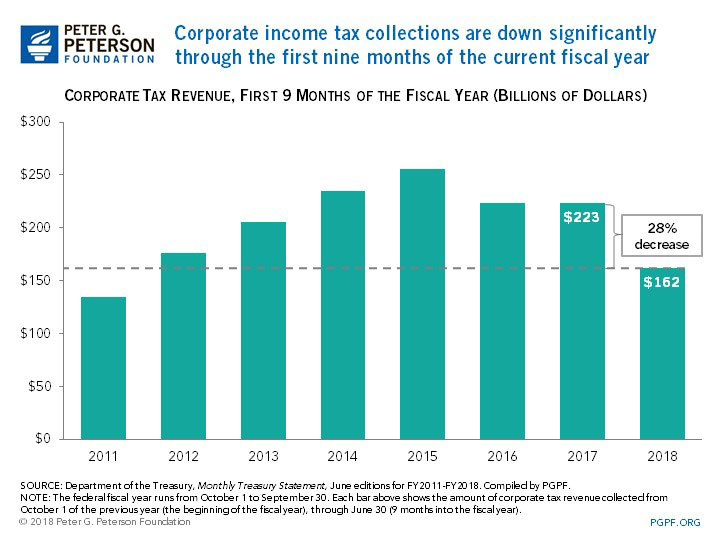 The TCJA also reduced marginal tax rates on individual income, and the implementation of new withholding tables in February by the Internal Revenue Service has led to diminished tax collections from that source. According to the Congressional Budget Office (CBO), withholding rose by 1.9 percent in the first nine months of the year, from $1,800 billion to $1,833 billion. Without any change in law, withholding would normally grow at about the same rate as nominal GDP; however, the growth in withholding so far this fiscal year has been less than half of the rate of growth of the economy.

The TCJA’s Positive Economic Effects May Be Short-Lived

On July 27, the Commerce Department announced that the United States economy grew at an annual rate of 4.1 percent in the second quarter of 2018 – the fastest rate of growth since 2014. That aligned with the expectations of many economists, who anticipated a temporary boost in economic growth due to the tax cuts included in TCJA. However, in the longer-term, the TCJA’s economic benefits are likely to decline and the damaging fiscal consequences of the TCJA will exacerbate our nation's fiscal challenges.

An analysis published in June by the Tax Policy Center highlights those concerns:

TCJA will stimulate the economy in the near term. But, most models indicate that the long-term impact on GDP will be small. . . . It will make the distribution of after-tax income more unequal, raise federal debt, and impose burdens on future generations.

The TCJA Took Our Debt Outlook from Bad to Worse

Those worsening budget deficit projections are in part a result of enactment of the TCJA. By CBO’s calculations, the deficit this year will be $164 billion larger because of the TCJA’s provisions. Over the 2018–2028 period, the cumulative deficit would be $1.9 trillion higher — $1.3 trillion from the direct effects of the legislation and $0.6 trillion from increased interest payments. Those totals include the effects on the economy of the provisions of the act and incorporate the assumption that the lower tax rates on individual income and other provisions expire as scheduled. 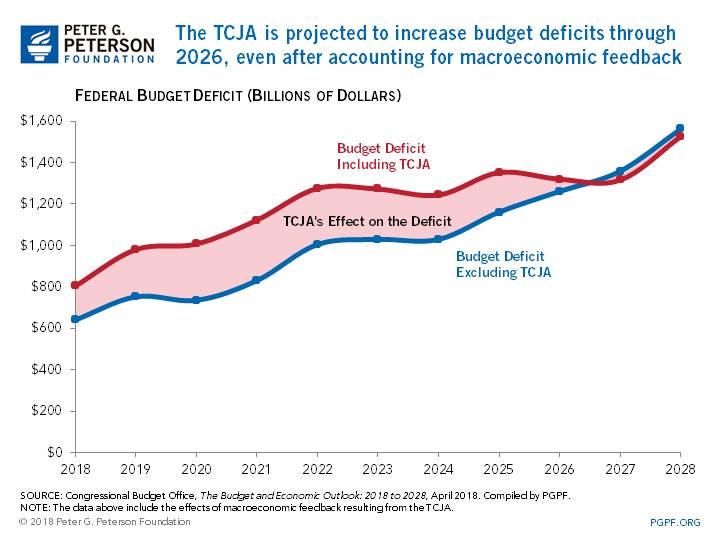 In the coming months and years, additional data will paint a clearer picture of the law’s economic effects and its impact on the federal budget. However, the general consensus among economists is that the long-term effects of the TCJA will be higher debt and little change to underlying economic growth. If that is the case, the recent positive economic effects will diminish while the increase in debt remains, thereby exacerbating our daunting fiscal outlook.