The Capital Gains Tax: What It Is and How Trump Wants to Change It 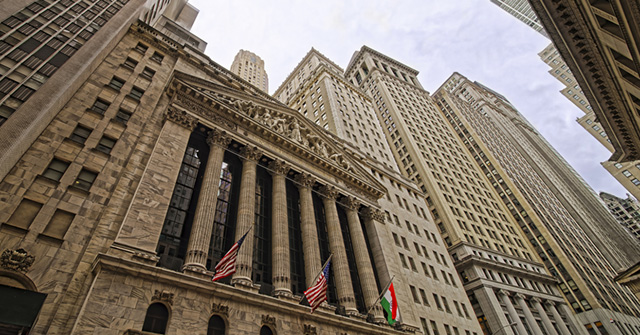 In a recent interview, President Donald Trump revived his administration’s proposal for a change to the way capital gains are taxed. Capital gains — the income received from the profitable sale of a capital asset — are taxed at a lower marginal rate than ordinary income, but the value of that sale is not currently adjusted for inflation over the time in which the asset was held. The policy being considered by the Administration would account for inflation when considering the value of such gains and would therefore enhance the tax preference that already exists. Below is a brief look at how the tax on capital gains works in our system, and what the proposed change would mean for the national debt.

What is the Capital Gains Tax?

Capital gains are recorded separately when filing taxes. For example, if shares of corporate stock were purchased for $10,000 and sold 10 years later for $20,000, the $10,000 profit would be considered a capital gain and enjoy a preferential tax rate. If a capital asset is sold at a loss, some or all of that loss may offset other gains or be deducted from taxable income. 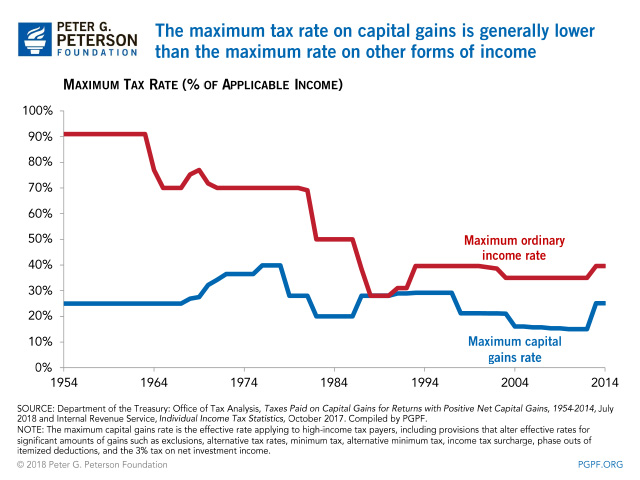 What Kind of Assets are Subject to the Capital Gains Tax? 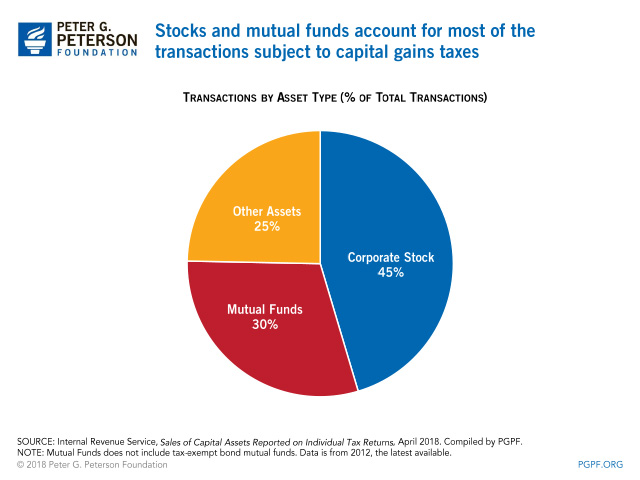 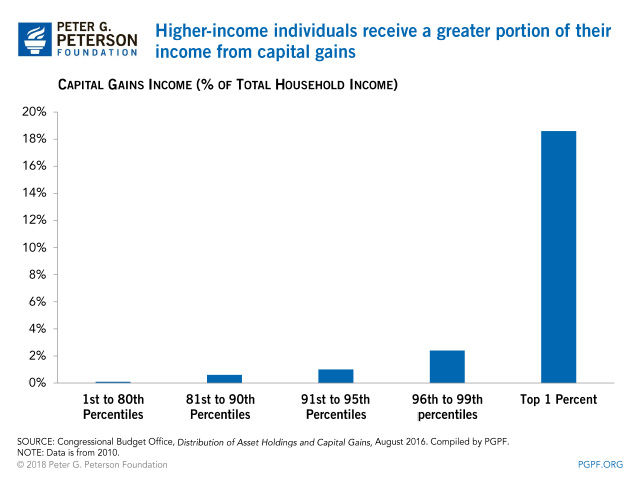 Additionally, the revenue from the capital gains tax can be volatile, reflecting changes in economic activity, especially during recessions. For example, revenue from capital gains dropped from $100 billion in 2001 to $58 billion in 2002, a 42 percent decrease in just one year. This same pattern occurred during the 2008 financial crisis, with capital gains revenue decreasing by 48 percent from 2008 to 2009. 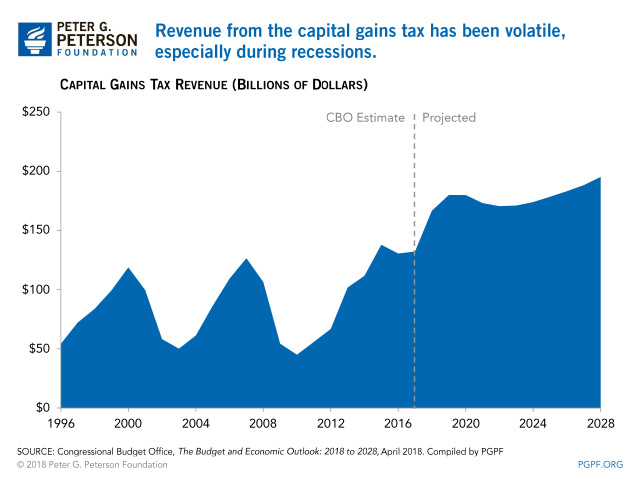 How would the Proposed Change Affect our Fiscal Situation?

The Administration is considering a change that would adjust capital gains for inflation, thereby reducing their tax burden. Consider the previous example of a $10,000 investment in stocks and selling it 10 years later for $20,000. Accounting for inflation, a $10,000 purchase in June 2008 had the same buying power as $11,516 in June 2018 so the seller would be subject to a capital gains tax on $8,484 as opposed to being taxed on the original $10,000 profit.

No official policy change has been announced by the Administration, but the Tax Policy Center estimated that it could increase the national debt by $20 billion per year. Following last year’s fiscally irresponsible tax bill, policymakers should look for ways to implement tax reforms that improve our fiscal situation rather than make it worse.

Tax breaks totaled nearly $1.5 trillion in 2018. To put that in perspective, that’s more than the government spends on Social Security, Medicare, or defense.
How Tax Cuts Are Affecting Revenues and Rates

The Tax Cuts and Jobs Act will lower revenues significantly and made changes to both tax rates and bracket widths.

Fed Chair Powell Encourages Congress to Address Rising Debt before Next Downturn
The President's Budget Proposes Large Spending Cuts, but Leaves Debt at High Levels
Economists Agree: The National Debt is a Long-Term Concern for America
Economic Growth Was Weaker in 2019 than in 2018
A Look at the Foreign-Born Labor Force in the United States
Five Troubling Takeaways from the Latest CBO Report
What is a Wealth Tax, and Should the United States Have One?
Decade in Review: Looking Back at CBO Projections Then and Now
What is a Continuing Resolution?
$9 Trillion Added to the National Debt over the Last Decade