The Risks of Running up Deficits When the Economy Is Good 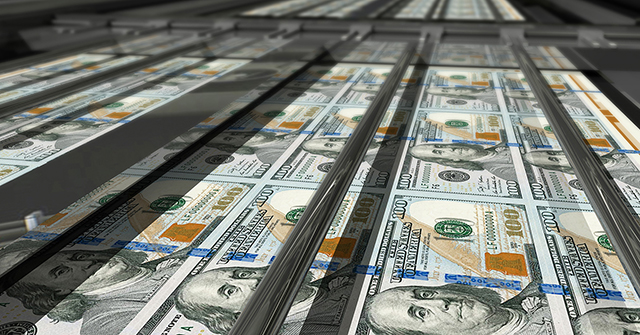 The federal deficit is growing during a period of economic expansion — a pattern that is highly unusual. This pattern is the result of the U.S. running a procyclical fiscal policy by providing stimulus in the form of tax cuts and increased spending. Enacting procyclical fiscal policies during a period of economic growth can have significant budgetary and economic implications.

The Effects of the Economic Cycle on the Federal Budget

The fluctuations between periods of economic expansion and contraction — known as the economic cycle — can heavily influence how much the federal government borrows each year. Federal revenues are positively correlated with the economic cycle as they tend to increase when the economy is expanding and decrease when the economy is in a recession. Certain federal spending, however, has the opposite characteristic; safety net spending such as unemployment compensation and the Supplemental Nutrition Assistance Program are purposefully designed to decrease during economic expansions and increase during recessions. As a result, deficits usually moderate during rapid growth in the economy and rise during slowdowns.

Fiscal policy can amplify or counteract such economic trends.

The Benefit of Countercyclical Fiscal Policies

Countercyclical fiscal policies can provide the government with the fiscal flexibility necessary to respond to future recessions. These policies encourage lower budget deficits during economic expansions to help the government create some fiscal space, which can then be used to stimulate the economy during subsequent downturns. During the financial crisis of 2007–2009, for example, Congress and the President enacted legislation designed to stimulate the economy, such as a two percentage point reduction in the payroll tax rate for workers. The intent of that tax cut was to provide additional income for the purchase of goods and services and thereby help offset the recession. Such countercyclical fiscal policies aim to smooth the economic cycle and promote economic stabilization.

The Dangers of Procyclical Fiscal Policies during an Economic Expansion

Despite these dangers, the U.S. is currently on a procyclical fiscal path. Although the economy has been expanding since 2009 and many economists believe it may soon be due for a slowdown, lawmakers chose to enact the Tax Cuts and Jobs Act at the end of 2017 and additional spending early in 2018, which has led to weaker revenue growth and an increase in the annual deficit. At the beginning of the last recession, federal debt was around 35 percent of gross domestic product and the government had the flexibility to respond to the financial crisis in a way that mitigated its effect on Americans. Now, however, the federal debt is over twice what it was at the end of 2007.

As noted by the authors of the University of York study: “Countercyclical governments are able to both state and credibly demonstrate a commitment to good fiscal and economic management. A government which conducts procyclical policy in good times loses this credibility and with it the advantages which come from it.”

Given the recent strength of the economy, policymakers have a valuable opportunity to improve our fiscal situation by reducing the annual deficit and in turn, help our nation and economy prepare for the next downturn.