The House is returning to PAYGO 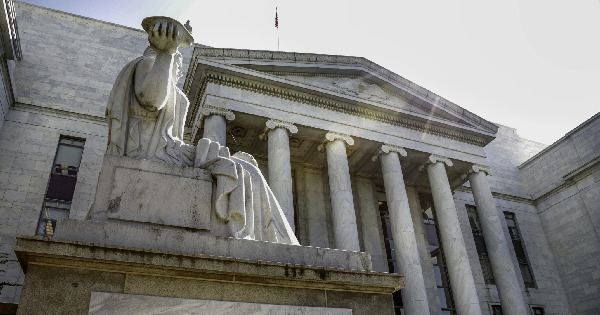 The House of Representatives recently returned to PAYGO budgeting rules. What is PAYGO and what are the implications for the federal budget and our debt?

Budget process rules like Pay-As-You-Go, or PAYGO, help ensure that fiscal considerations are an important part of policymaking. PAYGO mandates that legislation increasing mandatory spending or decreasing revenues be fully offset by other spending or revenue changes so that it does not add to the budget deficit.

Versions of PAYGO exist in both statutory law as well as in the rules of the Senate and now the House. The House’s PAYGO rule replaced a variation of the rule known as CUTGO. The CUTGO rule took a similar approach as PAYGO, but only applied to mandatory spending programs — i.e., increases in mandatory spending could only be offset with other equal or greater decreases in mandatory spending. As a result, legislation involving tax cuts were not subject to the same level of discipline. Replacing CUTGO with PAYGO will help prevent policymakers from passing fiscally irresponsible legislation.

Are there different kinds of PAYGO?

There are two different forms of PAYGO — a statutory PAYGO enacted in law and rules established by both houses of Congress.

Statutory PAYGO was first enacted in 1990 as part of legislation to reduce large deficits. That original statute expired in 2002, but was restored in the Statutory Pay-As-You-Go Act of 2010.

How does the PAYGO law work?

The PAYGO law requires that the Office of Management and Budget track the projected 5-year and 10-year average cost of each newly enacted bill that affects mandatory spending or revenues on what are known as PAYGO scorecards. If the sum of all projected costs for PAYGO bills in a given year is greater than zero, a sequestration (cancellation of budgetary resources) would be ordered to certain mandatory spending programs to offset that cost. However, a PAYGO sequestration can be averted if Congress waives it or resets the scorecards to zero.

How does a PAYGO rule work?

A PAYGO rule applies to individual pieces of legislation being considered in a given chamber of Congress. Under such a rule, if a piece of legislation is found to increase the deficit over a 6-year or 11-year period, a point of order may be raised and the bill will no longer continue in the legislative process. The cost estimates for legislation are usually produced by the Congressional Budget Office and transmitted through the Budget Committee of the House or Senate.

What’s the primary difference between the PAYGO law and a PAYGO rule?

The primary difference between the two versions of PAYGO is that the law measures the sum of all legislative changes to mandatory spending and revenues during a fiscal year and any increase in the deficit is offset through sequestration. A PAYGO rule, however, applies to each bill individually when it is being proposed and is enforced by a point of order.

Are both versions of PAYGO necessary?

Each version of PAYGO works differently to promote fiscal responsibility. The PAYGO rules in the House and Senate aim to discourage the consideration of legislation that would add to the deficit as a bill is being proposed. In that sense, it encourages legislators to consider the policies individually and, if they are a priority, find a way to pay for them.

The PAYGO law, on the other hand, takes a broader view by looking at a full year’s actions. It discourages policymakers from avoiding fiscal responsibility by requiring sequestration if the set of actions during the year would have increased the deficit.

In either case, the PAYGO requirement can be waived, but providing two hurdles to clear may increase the likelihood of fiscal responsibility.

What areas of the budget are affected by PAYGO?

PAYGO applies to changes to revenues and to mandatory spending programs that are not designated as off-budget (Social Security and net outlays of the Postal Service). However, if a sequestration were ordered, the offsets would be limited since most mandatory spending programs — such as Social Security, federal employee retirement and disability programs, veterans’ programs, Medicaid, and unemployment compensation — are exempt from the automatic reductions.

Deficits matter – and PAYGO can be an effective way to prevent deficits from growing. Policymakers can use PAYGO to prevent the consideration of fiscally irresponsible legislation. In fact, the Senate PAYGO rule has been used to prevent the consideration of 44 amendments since the creation of this rule in 1993. The renewed PAYGO rule in the House will encourage policymakers to keep costs — and in effect, deficits — in mind when creating new policies.

However, despite PAYGO’s ability to restrain deficit spending, it does not address the fundamental drivers of our national debt.

Why is PAYGO important now?

We are approaching historically high levels of debt and annual deficits that may soon reach $1 trillion. With a fiscal outlook that is unsustainable, procedures like PAYGO in various parts of the system can be a useful nudge to help policymakers make fiscally responsible decisions.

Mandatory Spending Is Growing over Time