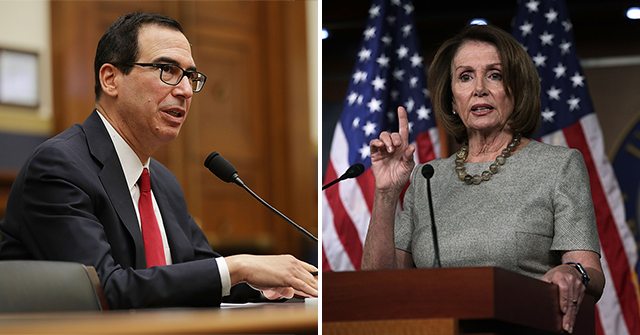 Congress is scheduled to be in recess for the month of August and through the first week of September, but there are a number of unresolved budgetary items that require action soon. News reports indicate that negotiators are making progress and are seeking to combine various elements into a larger agreement. Let’s look at three major fiscal deadlines and what’s at stake.

The issue: Extraordinary measures are running out.

Background: Currently, the debt limit, or debt ceiling, is set at $22.0 trillion. That’s the maximum amount of money that the U.S. Treasury can borrow to pay for government obligations that have already been incurred. We actually already hit that limit in March 2019. Since then, the Treasury has been using “extraordinary measures” to continue borrowing to finance the deficit. Soon, those measures will run out, and the government could be forced to delay paying its bills.

Deadline: In the Bipartisan Policy Center’s most recent analysis, they estimate that the extraordinary measures could be exhausted in the first half of September, which would mean that lawmakers would have to act to raise or suspend the debt limit before adjourning for August recess to avoid a potential default.

What’s at stake: If lawmakers do not agree on raising or suspending the debt limit before the extraordinary measures are exhausted, there could be severe consequences for both the federal government and the economy. With spending limited to incoming revenue, the federal government could be forced to delay payments to employees, contracts could be violated, and payments to beneficiaries of government programs (including Social Security and Medicare) could be delayed or reduced.

As the Washington Post recently reported: “If the debt ceiling isn’t raised in time, and the Treasury Department is squeezed for cash, it could lead to a spike in interest rates and stock market crash, among other things, because it could call into question the full faith and credit of the United States.” Even if Congress raises the debt limit in time, waiting until last minute to do so or engaging in fiscal brinksmanship in the process can have negative consequences for the economy.

The issue: Lawmakers need to enact appropriations, but they haven’t decided how much to spend.

Background: In 2011, the Budget Control Act established caps, or upper limits for annual appropriations. Currently, there are separate limits on the amount of funding that can be provided for defense and non-defense purposes through the appropriation process.

As it stands, the funding prescribed by the caps currently in place for 2020 would represent a significant reduction in spending compared to the amounts provided for this year. Lawmakers have routinely taken action to raise the caps and provide funding that would build on the amounts provided in the previous year — but have yet to agree on a path forward for next year.

Deadline: There is no hard deadline or requirement for increasing the current caps. However, the fiscal year ends on September 30 and establishing top-line numbers is an important element of the appropriation process.

What’s at stake: Failing to come to consensus on budget caps levels adds significant uncertainty and difficulty to the operations of government agencies. Put another way, if the House, Senate, and White House don’t come to an understanding about how much money to spend, they will have a much more difficult time agreeing on how exactly to spend that money. That would mean risking either a harmful government shutdown or a potential automatic across-the-board cancellation of budgetary resources.

Though increasing the caps would provide funding that many feel is necessary, doing so would also underline the tenuous nature of fiscal restraints currently in place and the weakness of existing enforcement measures. An increase in the caps without corresponding offsets would also exacerbate the unsustainable fiscal condition that already exists.

The issue: The fiscal year is coming to an end, and agencies need to know how their programs will be funded.

Background: Congress has the power of the purse, and every year the House and Senate take up legislation to fund discretionary spending via 12 separate appropriation bills. However, because lawmakers haven’t agreed on overall cap levels for this funding (see above) the path forward is uncertain, and the clock is ticking.

What’s at stake: If the House, Senate and White House don’t enact some or all of the appropriation bills before October 1 — or agree to a continuing resolution — we will once again face a government shutdown. Shutdowns not only interrupt federal programs and services, but they inject uncertainty into the process that could harm the economy as well as waste time and money.

What All of This Means

Governing by crisis and fiscal brinksmanship are poor ways to manage the government’s finances. While lawmakers should work to avoid harmful self-inflicted wounds like a government shutdown or a debt ceiling crisis, they should also avoid the easy path of more fiscal irresponsibility. Just last week, the administration released its mid-session review, which projects a $1 trillion dollar budget deficit for the current year. Over the longer term, the Congressional Budget Office estimates that debt will rise to nearly 1.5 times the size of the economy within 30 years if no policy changes are made. These are clear signs that we’re on an unsustainable path, and our leaders should use key fiscal deadlines to manage our debt and help build a brighter future and stronger economy for all Americans.

Related: What’s the Difference between a Government Shutdown and the Debt Limit? 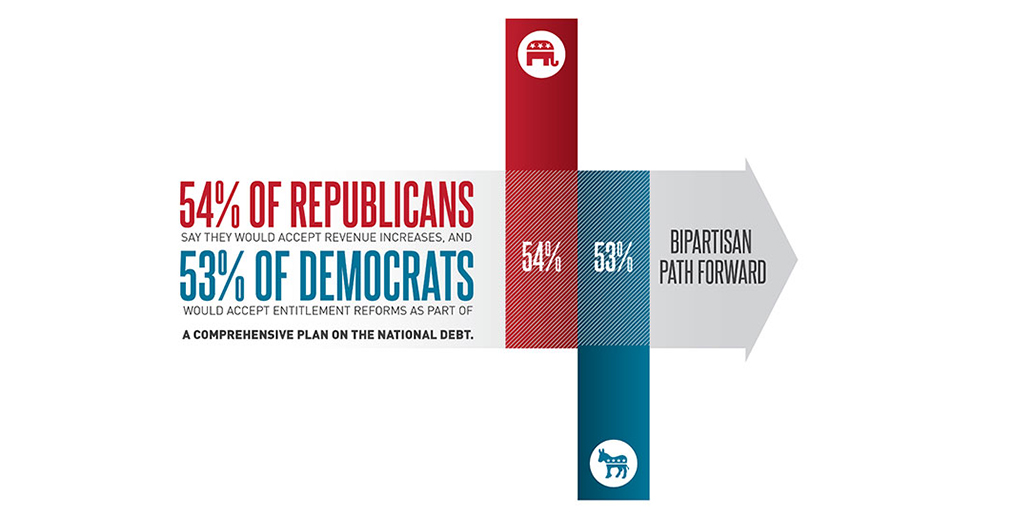