What Are Budget Caps and Why Are They Important Now? 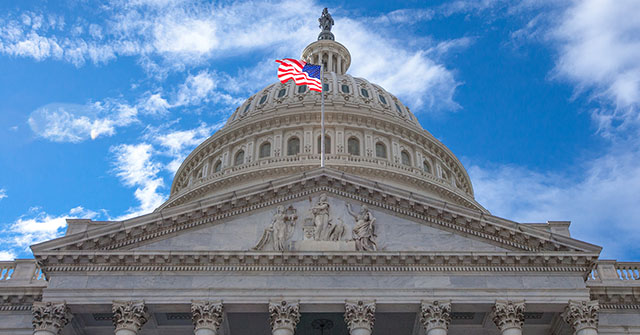 Budget caps on discretionary spending are upper limits for annual appropriations; separate limits currently exist for defense and nondefense programs. The caps are meant to be a mechanism to compel fiscally responsible budget making, but have had mixed results in that regard.

Why Is This Important Now?

We are approaching the end of the fiscal year, by which time lawmakers will have to decide on appropriate levels for annual appropriations. As it stands, the funding prescribed by the caps currently in place for 2020 would represent a significant reduction in spending compared to the amounts provided for this year. If the President and Congress are unable to come to an agreement on the amount of the caps, they will risk either a harmful government shutdown or a potential automatic across-the-board cancellation of budgetary resources.

This blog examines the history of budget caps and what is at stake as lawmakers decide how to address them moving forward.

The Origin of Budget Caps

In 1990, the Budget Enforcement Act (BEA) first established caps on discretionary spending (and also created enforcement mechanisms on other components of the budget) to help restrain appropriations and reduce the budget deficit. The caps set out in the BEA covered three categories: defense, international, and domestic spending. If the limits on any of those categories were exceeded, the BEA provided an enforcement mechanism, known as sequestration, whereby the president is required to cancel resources and bring total funding back to the cap levels. The caps were initially set to expire in 1995, but were extended and redefined in 1993 and 1997. However, the 1990s represented a time of economic growth and budget surpluses, and interest in enforcing the caps waned. The caps were allowed to expire in 2002, even though budget deficits had returned by that year.

The Budget Control Act and the Reinstatement of the Caps

In summer 2011, the United States was nearing the debt limit, or the point after which the U.S. Treasury would no longer be able to continue paying all of the government’s obligations. Increasing the debt limit is a common occurrence — it has been raised 86 times since 1959. In some cases, an increase in the debt limit has been associated with legislation intended to reduce the deficit; in 2011, that approach was taken with enactment of the Budget Control Act of 2011 (BCA).

The BCA included caps on discretionary programs from 2012–2021. The act also established a committee to develop a proposal that would reduce the deficit by $1.5 trillion over a 10-year period. When that committee failed to come up with a plan, the BCA’s contingency for deficit reduction went into effect, creating automatic spending reductions of $1.2 trillion over that same period. Most of those automatic spending reductions were applied to defense and nondefense discretionary programs, thereby reducing the limits on appropriations below the amounts set in the BCA.

Not all discretionary programs are constrained by the caps. The exempted programs include:

Lawmakers are once again faced with a significant reduction in the funds available for programs that are subject to the caps, which has created budgetary and economic uncertainty. Though increasing the caps would provide funding that many feel is necessary, doing so would also underline the tenuous nature of fiscal restraints currently in place and the weakness of existing enforcement measures. An increase in the caps without corresponding offsets would also exacerbate the unsustainable fiscal condition that already exists.

Related: What’s the Difference between a Government Shutdown and the Debt Limit?

The Debt Ceiling Reinstated
After the Supercommittee, Fiscal Policy Questions Still Have to be Addressed
Analysis: Understanding the Bipartisan Budget Act of 2015