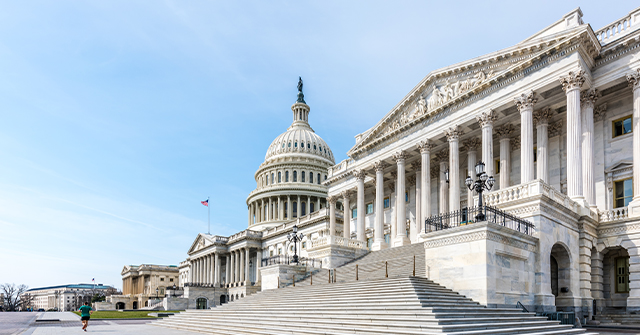 While Congress has not taken steps toward reining in our high and rising national debt, earlier this summer lawmakers did address a couple of pending fiscal items. However, as lawmakers return from an extended recess, there’s still one key fiscal deadline remaining. Appropriations for fiscal year 2020 must be enacted by October 1 (the beginning of the fiscal year) or a government shutdown could occur. Policymakers have a relatively short timeframe — just 13 working days for the House and 15 for the Senate— to get the job done.

The only piece of legislation with significant fiscal impact enacted so far this year was the Bipartisan Budget Act of 2019, which the President signed into law on August 2, 2019. The act suspended the debt ceiling through July 2021, thereby removing the threat of a dangerous default. The legislation also set upper limits, or caps, on the amount of appropriations for defense and domestic programs. Unfortunately, though, only a very small portion of those higher caps were offset; as a result the act made our fiscal outlook significantly worse, as it is estimated to add as much as $1.7 trillion to deficits over the next 10 years.

Even though Congress came to agreement on how much to spend on appropriations for the upcoming year, they still need to decide exactly what to spend it on. Therefore, to avoid a government shutdown, lawmakers must act in September to fund government agencies, either through full-year appropriation bills or through a continuing resolution.

Government shutdowns interrupt important services and programs, are harmful to the economy, and actually cost us money. CBO’s recent projections make clear that we’re on an unsustainable path. Lawmakers should work together to avoid unnecessary self-inflicted wounds to our economy, while at the same time making a commitment to working together to manage our rapidly growing debt.

Poverty Rate Increased for the First Time in Five Years, and Other Key Takeaways from the Census Report
14 Charts That Illustrate Our Fiscal Situation as We Close Out 2021
What is a Continuing Resolution?
How Much Money Is Left in COVID-19 Relief Programs?
Spending on Unemployment Insurance is Returning to Pre-Pandemic Levels
“Build Back Better” is Mostly Paid For — But Uses Budget Gimmicks
Income and Wealth in the United States: An Overview of Recent Data
Bipartisan Infrastructure Bill Less than 40 Percent Paid For
Leading Economists: The Economy Bounced Back Fast, But Major Questions Remain
Income Inequality Has Been on the Rise Since the 1980s, and Continues Its Upward Trajectory