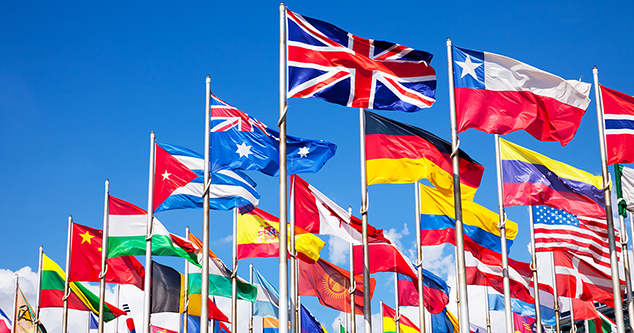 The United States leads the world in an unfortunate category: the expected pace of growth of its debt. That’s according to a new International Monetary Fund (IMF) report, which highlights that only seven advanced economies are anticipated to experience growth in debt relative to gross domestic product (GDP) between 2019 and 2024.

The report shows that the United States’ debt is projected to grow by 13.5 percentage points of GDP between 2019 and 2024. Korea’s debt is projected to grow nearly as fast — by 13.2 percentage points. Finland, Estonia, Italy, Israel, and Luxembourg also have debt growing faster than their economies, but at slower rates than that of the United States.

The IMF projects that the global economy will grow by 3.0 percent in 2019 and 3.4 percent in 2020. However, growth in the United States is expected to be slower — 2.4 percent in 2019 and 2.1 percent in 2020. The expected slowdown in the U.S. stems from the fading effects of the Tax Cuts and Jobs Act and additional appropriations provided for the past two years. That said, the IMF notes that the deal on appropriations for 2020 and 2021 and the Federal Reserve’s policy rate cuts have marginally bolstered growth in this country.

The report stresses that in the United States, “public debt remains on a clear upward trajectory, calling for consolidation,” and raising the revenue-to-GDP ratio would “create the fiscal space, to provide support to low- and middle-income families…and to pursue policies that raise potential growth.” Both the Congressional Budget Office and the Office of Management and Budget anticipate that the deficit will exceed $1 trillion beginning this fiscal year and continue growing in the future.

The IMF report underscores the need for the United States to strike the right balance between growth and fiscal responsibility by noting that “in the United States, where the unemployment rate is historically low and inflation is close to target, a combination of accommodative monetary policy, vigilant financial regulation and supervision, and a gradual fiscal consolidation path would help maintain the expansion and limit downside risks.” The United States’ status as having the fastest growing debt among advanced economies is another clear sign for lawmakers to pursue fiscally responsible policies that reverse this course and put the nation on a path toward a sustainable fiscal future.

Related: GAO Warns National Debt Could be Twice the Size of the Economy in Just 30 Years