How Does the U.S. Economic Response to Coronavirus Compare to the Rest of the World? 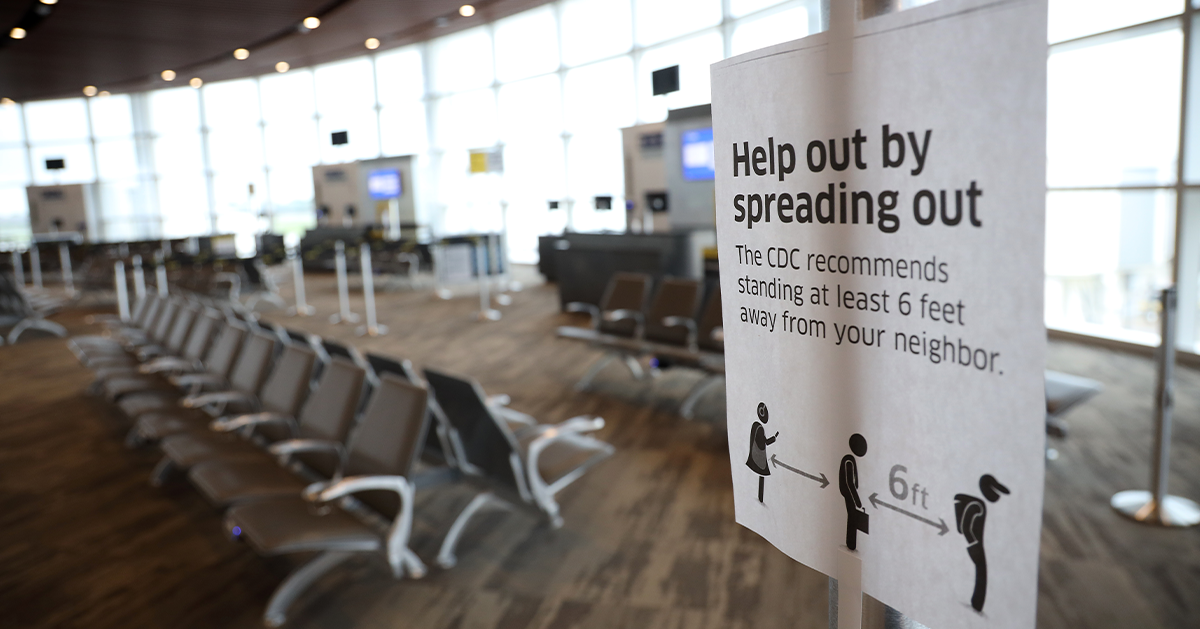 COVID-19 has spread to nearly every country in the world, and to help reduce the health risk and save lives, many countries have imposed limitations on business activity, congregating, and traveling. Such essential measures have drastically reduced economic activity as consumption has decreased, businesses have been shuttered, and jobs have been lost. Governments have therefore enacted legislation aimed at limiting the negative consequences for the labor market.

While some elements of policy responses are similar across countries, approaches have differed in important ways. The United States, for example, has focused on supplementing household incomes through stimulus checks, enhancing unemployment insurance, and providing support to businesses in the form of loans and grants. Many other countries have focused on maintaining employment by providing wage subsidies; such employment support has gained interest with some policymakers in the United States.

Below is a review of the elements of U.S. policy related to the labor market and the wage-support programs put in place elsewhere.

The federal government has enacted four pieces of legislation aimed at reducing the economic impact of the pandemic. Those acts include a number of elements intended to support small businesses, and therefore jobs, as small businesses comprise nearly 50 percent of private-sector employment. That support includes the Paycheck Protection Program, debt relief and loans to small businesses, various tax measures, and small business lending programs administered by the Federal Reserve. In addition, many state and local governments have provided cash infusions through loans, grants, and economic development funds, as well as cost deferrals on taxes, rent, and utilities.

Approaches around the World

Many countries are implementing measures similar to those enacted in the United States, including extending tax deadlines and providing options to defer taxes. They have also offered government-backed loans and grants to micro-enterprises, small businesses, self-employed individuals, and contractors. In addition to such measures, some countries have made short-term work programs an integral component to their labor-market policy response to COVID-19. Those programs allow businesses to reduce their employees’ work hours or temporarily close while providing government funding for a portion of employee wages.

Germany’s Kurzarbeit policy is considered the pioneer of short-term policies in Europe and is credited with preserving jobs during the 2008 recession. To qualify for the program, firms must have encountered a hardship beyond their control that necessitates a temporary reduction in working hours of at least 10 percent for 10 percent or more of their workforce. Firms that need to cease operations are also eligible. Firms are responsible for paying workers for time worked as well as a portion — typically 60 percent — of their lost wages. The state will reimburse employers for the subsidized portion of those wages.

In response to the current downturn, the program was lengthened, and the allowance is available through December 31, 2020. It will also temporarily allow workers to continue to receive benefits while taking up additional work in certain critical sectors. Economists have estimated that about 20 percent of the German workforce is currently receiving payments under the program.

France’s Chomage Partiel program is similar to Germany’s. It allows companies affected by regulations put in place to address COVID-19 to reduce their employees’ work hours or temporarily shut down without laying off workers. Firms are required to pay a minimum of 70 percent of gross wages to employees (on average, 84 percent of net pay) and will be fully reimbursed by the state for those wages (up to 4.5 times the minimum wage). Employers can augment that minimum pay and are responsible for paying wages for hours worked. France makes additional allowances for those who earn minimum wage; those workers will not see a reduction in their salaries. So far, the French Ministry of Labor estimates that 12 million employees — or 60 percent of the workforce — are being paid under this scheme, in addition to 2 million parents whose childcare duties prevent them from working.

Denmark’s program differs slightly from the programs in France and Germany. For firms that have experienced large (minimum 30 percent) reductions in demand, the Danish government will pay companies 75 percent of the salaries of their employees. The firm is responsible for paying the remaining 25 percent of the salary, and employees must take five days of annual leave. Hourly workers are eligible for support of up to 90 percent of their salary. Unlike in Germany and France, the Danish workers who receive those subsidies are not allowed to work.

The Job Retention Scheme created in response to COVID-19 in the United Kingdom is temporary and more limited in scope than those of its counterparts in Europe. The scheme allows employers to furlough employees with pay, rather than fire them, and provides funding for 80 percent of that employee’s wages, up to £2,500 (about $3,100) per month. Employees must be furloughed for a minimum of three weeks and are not allowed to work part time during that period. The Office for Budget Responsibility estimates that 30 percent of workers will be eligible for the scheme.

In New Zealand, employers and self-employed workers with revenue losses of at least 30 percent can automatically receive a fixed subsidy per worker for 12 weeks. The subsidy is equivalent to $355 United States dollars (USD) per week per full-time worker and $212 USD per part-time worker. In exchange, employers must continue to pay 80 percent of salaries during the pandemic. Roughly 58 percent of the labor force has applied for the program so far.

Much like New Zealand’s program, Australia’s JobKeeper Payment program is a temporary program that reimburses a flat rate of $1,500 in Australian dollars ($966 USD) per employee every two weeks to eligible businesses with revenue losses of at least 30 percent. Employers are required to pay employees a minimum of $1,500 Australian dollars (or $966 in United States dollars) every two weeks, pre-tax.

Canada has introduced a 75 percent wage subsidy (up to about $600 USD per week) for up to 12 weeks for employers whose revenues have decreased at least 15 percent. It has also extended its work-sharing program, in which benefits are provided to employees who agree to reduce their normal working hours. Under this program, an employer pays their employees for hours worked, and the government of Canada pays that employee a portion of the wages lost.

While there are many similarities across the globe in responding to the economic damage caused by the pandemic, the United States has generally focused more on supplementing incomes while other countries have adopted wage-subsidy programs. Those programs vary in scope, generosity, and some are temporary responses to COVID-19. However, the goals of all of the programs are to maintain employment levels, help firms survive demand shocks by providing cash flow, and facilitate quick economic recovery by limiting the economic losses caused by layoffs.

Questions remain as to the effectiveness of such programs. Most programs require businesses to be able to pay employees upfront before being reimbursed, and certain programs are better tailored to support specific sectors of the economy. For example, evidence suggests that the Kurzarbeit program is most effective at preserving jobs in the manufacturing sector — in the last recession, four-fifths of the beneficiaries of the program worked in manufacturing. Nevertheless, as economies begin to reopen and workers return to their jobs, the effectiveness of such programs will be tested.

Related: Here’s Everything Congress Has Done To Respond To The Coronavirus So Far

Aging of the Baby Boom Generation

Census Bureau Report on Poverty and Health Insurance Coverage
The Macroeconomic Gains from Stabilizing and Reducing Federal Debt
For A Stronger Economy, Deal With The Debt