How Did the Fiscal Response to Coronavirus Help Small Businesses? 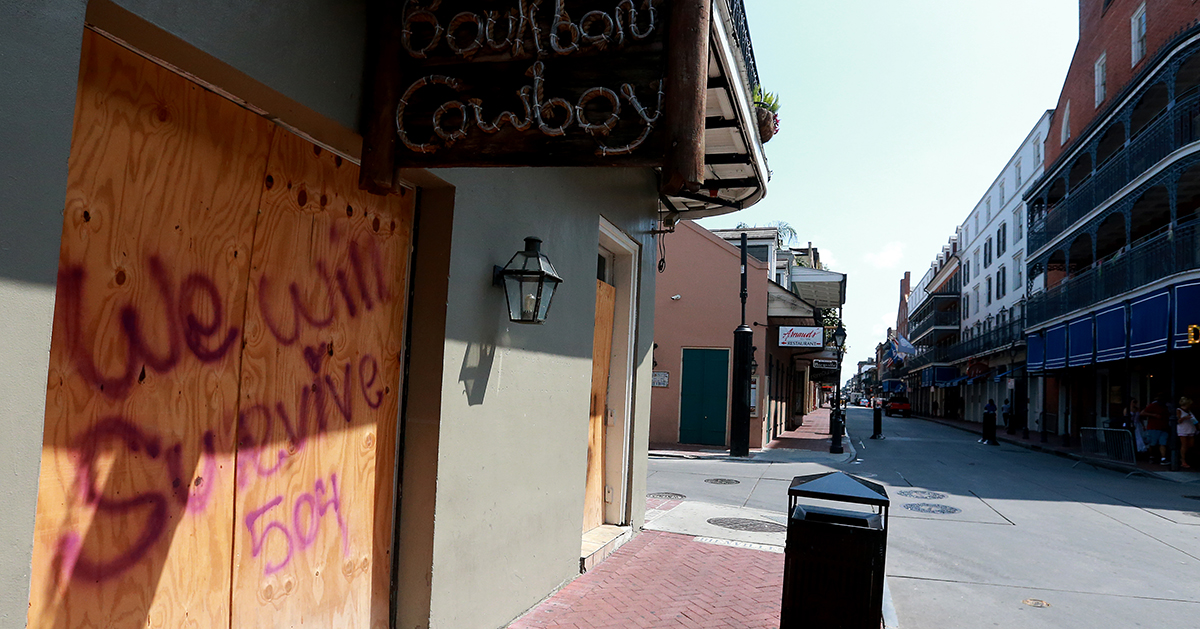 This is the fifth entry in our six-part series exploring the effectiveness of the fiscal response to the coronavirus pandemic. To receive updates on new pieces as they are published, sign up for our email newsletter.

Small businesses are a crucial component of the U.S. economy. Firms with fewer than 500 workers accounted for 99 percent of all businesses before the pandemic and employed about 50 percent of the country’s workforce. The coronavirus (COVID-19) pandemic has hit such businesses especially hard, leading to significant reductions in their revenues and workforce.

In response, policymakers implemented a number of programs to provide aid to small businesses. Two of the largest are the Small Business Administration’s (SBA’s) Paycheck Protection Program (PPP) and the Federal Reserve’s Main Street Lending Program (MSLP). The PPP helped millions of businesses stay afloat during the pandemic, but many analysts say that its impact was limited because it did not sufficiently support those that were most severely hit by the pandemic. The MSLP, on the other hand, has not reached many businesses due to the lack of interest among both lenders and borrowers.

The PPP, which expired on August 8, provided federally backed loans to qualified small businesses primarily to help them keep their workforce employed. Those loans were eligible for forgiveness — meaning they were not required to be paid back — if used to cover payroll, rent, or utilities. Through the program, the government disbursed two rounds of loans for a total of $525 billion to over 5.2 million businesses, making the PPP the single largest component of the federal government’s response to the COVID-19 pandemic. It’s clear that the PPP provided a significant lifeline that helped many small businesses survive. The program generated significant demand and quickly exhausted its initial sources, which led some analysts to criticize the program for its troubled rollout and lack of targeting. Those analysts suggest that the program would have been more effective if those most affected by the pandemic had received a greater share of the funding.

Researchers at the Massachusetts Institute of Technology found that the PPP increased employment at small businesses by 2.3 million people by mid-June. Additionally, an early study by researchers at Harvard Business School found that the program increased small business’ confidence in retaining employees. In April, small businesses reported that their employment would decline 40 percent by December, but once they were told about the program, they reduced their projected reductions in workforce to 6 percent.

In addition to reducing job losses, one of the PPP’s goals was to prevent business closures by helping businesses pay for expenses. Analysts at the American Enterprise Institute suggest that the program was successful in achieving that goal, as firms that received PPP funds were less likely to go out of business. Likewise, a National Bureau of Economic Research (NBER) working paper using data from April found that the PPP loans increased the likelihood of a business’s survival by 14 to 30 percentage points.

However, some contend that the program’s effect was small relative to its size and cost. According to a different working paper published by the NBER, the program raised the number of hours worked in recipient businesses by only 1 percentage point in May and June. Overall, employment in small businesses increased only slightly more than in larger businesses (which weren’t eligible for the PPP).

All told, evidence shows that the PPP was helpful but likely not sufficient, and that small businesses will need additional help as the pandemic continues to disrupt the economy. According to a survey by the National Federation of Independent Businesses, 84 percent of business owners used their entire PPP loan by mid-August, and 23 percent have laid off employees or anticipate doing so after their PPP funds are exhausted.

Did PPP Loans Go to Those Most Affected by the Pandemic?

While PPP loans helped support millions of jobs and businesses, several analysts argue that the program’s impact was limited because funds did not flow to those hit the hardest by the pandemic. Data from the SBA shows that about one-third of the loans were for over $1 million, indicating that a significant amount of the funding went to relatively larger businesses (since loan size is based on payroll costs). In addition, analysts at the University Of Chicago Booth School Of Business found that a large percentage of the first round of funds went to geographic areas that initially had better employment outcomes, fewer coronavirus-related deaths, and less social distancing (which is correlated with consumer spending); that geographic imbalance was only partially reduced in the second round of funding.

Sectors that require more face-to-face interaction, such as accommodation and food services, accounted for 26 percent of jobs lost during the pandemic but only received 8 percent of PPP loans. Researchers at Opportunity Insights point to some of those discrepancies as one of the reasons the PPP may have had little effect on employment at small businesses. Meanwhile, some argue that the program was implemented as intended, as it was designed to provide loans based on the size of a business’s payrolls and not necessarily the extent to which the business was impacted by the pandemic.

How did the PPP Affect the U.S Economy?

The Congressional Budget Office estimates that the PPP will help boost the economy by $226 billion, or 0.8 percent of gross domestic product (GDP), in fiscal year 2020. Overall, the program’s effect on economic output is modest compared to its budgetary cost. For every dollar spent by the government on the program, the PPP is expected to increase GDP by 36 cents — significantly less than some of the other major programs enacted in response to the pandemic.

To encourage lending to small- and mid-sized businesses, the Federal Reserve established the Main Street Lending Program (MSLP). Under the program, the Federal Reserve will purchase 95 percent of each loan that participating banks issue to qualified businesses and nonprofits, thus reducing the lending risk for banks. The program authorizes the Fed to purchase up to $600 billion of such loans, with $75 billion available from the Department of the Treasury to cover any potential losses. However, the program has had low levels of participation due to a lack of interest from lenders and borrowers.

How Much Borrowing Has Occurred So Far?

As of October 14, the MSLP has purchased $3 billion of loans — or 0.5 percent of the program’s lending capacity — for only 252 borrowers. The program took several months to become operational; the MSLP was first announced in April, but it did not purchase its first loan until July. Lending has been made to for-profit businesses in 36 states, with businesses in Florida and Texas accounting for nearly 40 percent of the total amount of loans purchased.

Why Isn’t the MSLP Being Used?

Two main reasons have been proposed to explain the low levels of borrowing from the Fed thus far:

As of early September, only 575 financial institutions have registered to participate in the program, representing about 6 percent of eligible lenders. One reason for the low participation rate may be the requirement that banks must retain a portion of the loans. Despite the fact that the government bears the lion’s share of the risk by purchasing 95 percent of loans, the remaining 5 percent may still serve as a disincentive especially as banks perceive borrower defaults to have risen during the pandemic. In addition, lenders are fully responsible for underwriting and servicing the loans. While the program allows banks to receive certain fees to compensate for the increased risks and the administrative burden, analysts at the Brookings Institution indicate that those amounts may need to be larger to entice lenders to join the program.

Moreover, many borrowers may not be utilizing the program because they find the terms to be unattractive or because they simply do not qualify. MSLP loans come with many covenants for borrowers, including limits on dividends and share repurchases as well as on executive compensation. According to a Federal Reserve survey, 87 percent of banks reported that potential customers did not borrow through the program because such terms were too restrictive. In addition, the program requires the borrower to be in good financial condition and be capable of repaying the loan; it also requires banks to apply their own underwriting criteria to determine borrowers’ creditworthiness, which many have tightened due to increased risks of default during the pandemic. As such, many borrowers are not eligible for MSLP loans because they were in poor financial condition prior to the pandemic, were too heavily affected by the pandemic and are now less likely to be able to repay the loan, or were deemed too risky according to the banks’ underwriting criteria.

Several analysts suggest that the MSLP could increase reach and effectiveness by expanding to include riskier businesses that can’t survive without government assistance, while others argue that the government should use the money earmarked for the program to provide direct relief to businesses, such as through the PPP. However, it may be too early to draw conclusions about the program’s effectiveness. The Federal Reserve Bank of Boston, which administers the MSLP, believes that lending through the program will pick up its pace in coming months. As the program continues to ramp up its lending, more analysis will be needed to better understand the MSLP’s impact on borrowers and the overall economy.

What Other Programs Have Provided Coronavirus Aid to Small Businesses?

In addition to the two programs outlined above, a number of other new and existing programs are available to help small businesses. Those include:

All of those programs are providing crucial cash flow relief to small and mid-sized businesses during the public health crisis.

The PPP and the MSLP were both designed to provide much needed financial support to small businesses during the pandemic, with the former having a relatively greater impact. Design issues with the programs may have limited their reach and effectiveness, especially for businesses that were most affected by the COVID-19 pandemic. Small businesses will likely need additional fiscal support as the ongoing pandemic continues to threaten their future. Policymakers should look at the success and participation rate of both the PPP and the MSLP as they consider adding additional funding to existing programs, making improvements to their design and targeting, and other forms of support.