How Did Americans Spend Their Stimulus Checks and How Did It Affect the Economy? 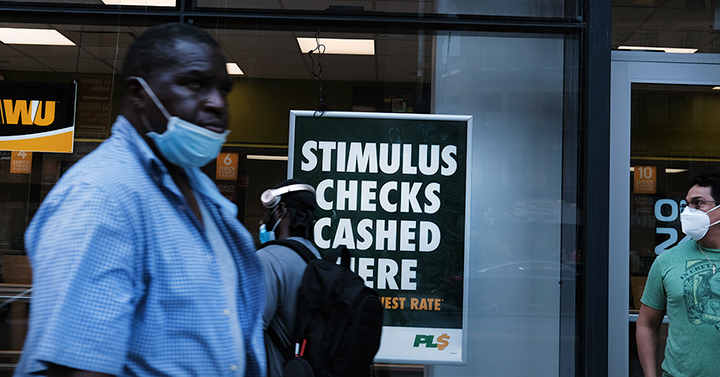 As of early May 2021, the federal government has enacted legislation to provide about $850 billion of Economic Impact Payments, also referred to as stimulus checks, to taxpayers. Those payments helped mitigate the loss of employment-based income for many households and temporarily eased the economic damage from the pandemic. The way in which Americans have been spending that money has differed across each round of payments, and below, we explore how those spending patterns differ and how they may affect the economy.

How Much Was Each Round of Stimulus Checks?

All three rounds of payments were primarily targeted at lower- and middle-income Americans, phasing out for incomes above $75,000 for single taxpayers, above $112,500 for taxpayers filing as head of household, and above $150,000 for married couples filing jointly. However, the rate at which those payments phased out varied for each round — detailed in the table below.

The Internal Revenue Service (IRS) has already sent out the majority of those payments. However, the second and third rounds of funding were disbursed much faster. It took the IRS about 4 months to disburse about 90 percent of the CARES Act payments; by comparison, it took only three to four weeks to disburse that proportion of payments under the Consolidated Appropriations Act and the American Rescue Plan.

One of the primary goals of the payments was to alleviate the economic hardship Americans faced due to the pandemic — especially for lower-income Americans, who were more likely to have been affected financially. Data from household surveys published by the U.S. Census Bureau show the reach of those payments to such households.

Overall, the stimulus payments reached an estimated 85 percent of U.S. households. The share of households that received a payment was higher for lower- and middle-income households and gradually declined for those earning more than $75,000 a year — the income threshold at which the payments began to phase out for single individuals. According to data from the U.S. Census Bureau, about 92 percent of households earning less than $75,000 received the first Economic Impact Payment, compared to only 50 percent of households earning over $150,000. That pattern was relatively consistent across all three rounds of stimulus checks.

Overall, the payments were effective in helping those who were financially affected by the pandemic as the majority of households who had lost employment-based income received a payment. In fact, according to a study by the American Enterprise Institute, the impact payments played a pivotal role in preventing many Americans from falling into poverty last year.

How Did Americans Spend Their Stimulus Payments?

The manner in which Americans spent that money varied for each round of stimulus payments. The first round of funds was mostly disbursed in April of last year, when the unemployment rate was at its highest (14.7 percent), and therefore many households used the money to pay for expenses. According to the U.S. Census Bureau’s survey (fielded in July 2020), nearly three-quarters of U.S. households used, or planned on using, those initial $1,200 payments primarily for expenses as opposed to saving them or using them to pay off existing debt (other studies, however, contend that the portion of first-round payments spent may have been smaller).

However, that spending pattern changed for the second and third round of stimulus checks. While many households reported that they still used, or planned on using, part of those latter payments for expenses like food and rent, only about one-fifth of households indicated that they used the money primarily for those purposes — opting to either save the payments or use them to pay off debt instead.

Those spending patterns were even more pronounced by income level. While all households were more likely to have spent the first round of payments, higher-income families were more likely to have saved the money — a trend that was more noticeable for the second and third round of payments. Analysts indicate that some households, including lower- and middle-income families, may have been more reluctant to immediately spend the second and third round of payments due to the uncertainty of the pandemic, preferring to make the funds last as long as possible instead.

Have the Stimulus Checks Helped the Economy?

While it’s not entirely clear yet how the payments have affected the economy, they may have contributed to a rise in personal income, consumer spending, personal savings, and economic growth.

The enactment of each round of payments coincided with a significant boost to personal income, as well as consumer spending, in that month. For example, the payments provided under the Consolidated Appropriations Act were mostly disbursed in January 2021; that month also saw a 3 percent monthly increase in real (inflation-adjusted) consumer spending and a 10 percent rise in real personal income. However, the personal savings rate also increased that month — rising from 13.5 percent in December 2020 to 20.0 percent in January 2021 — reflecting household preferences to mostly save the money instead of spend it. While saving the money is less likely to stimulate the economy in the near-term, some economists note that it may help in the long-term; for example, having more cash on hand may reduce the need to take out riskier loans in the future.

The impact payments translated to stronger economic growth as well. The stimulus payments enacted under the CARES Act were estimated to have boosted the country’s economic output by 0.6 percent in 2020, according to the Congressional Budget Office. By comparison, that amount is about one-half of the economic boost provided by the unemployment benefits that were enhanced through that legislation and 33 percent less than the boost from the first tranche of Paycheck Protection Program loans. While complete data on the economic effects of the second and third round of payments has yet to be released, some initial estimates indicate that they may provide a small boost to the economy as well. However, many economists anticipate that the rise in economic output, whether from the stimulus payments or other COVID relief efforts, will lead to at least a temporary boost to inflation.

The spending patterns of the Economic Impact Payments varied across legislation and households, with many families opting to increasingly save the funds or use them to pay off existing debt. Regardless, those payments likely helped alleviate the financial hardship faced by many Americans due to the COVID-19 pandemic and may have helped fuel the ongoing economic recovery. By understanding the benefits and shortcomings of the program, policymakers can improve the effectiveness of any future iteration of the program.

While investing in a college education has undeniable, lifelong economic benefits, excessive levels of student debt can impose hefty financial burdens on borrowers.
Why Do States Receive Different Amounts of Federal COVID Aid? 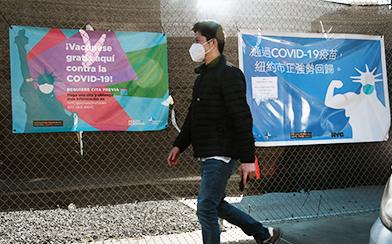 Generally, states with larger populations have been receiving more federal dollars from COVID-19 relief programs as such states typically have more unemployed persons, small businesses, and healthcare providers to which that relief has been targeted.