What Economic Effects Can We Expect from the Bipartisan Infrastructure Bill? 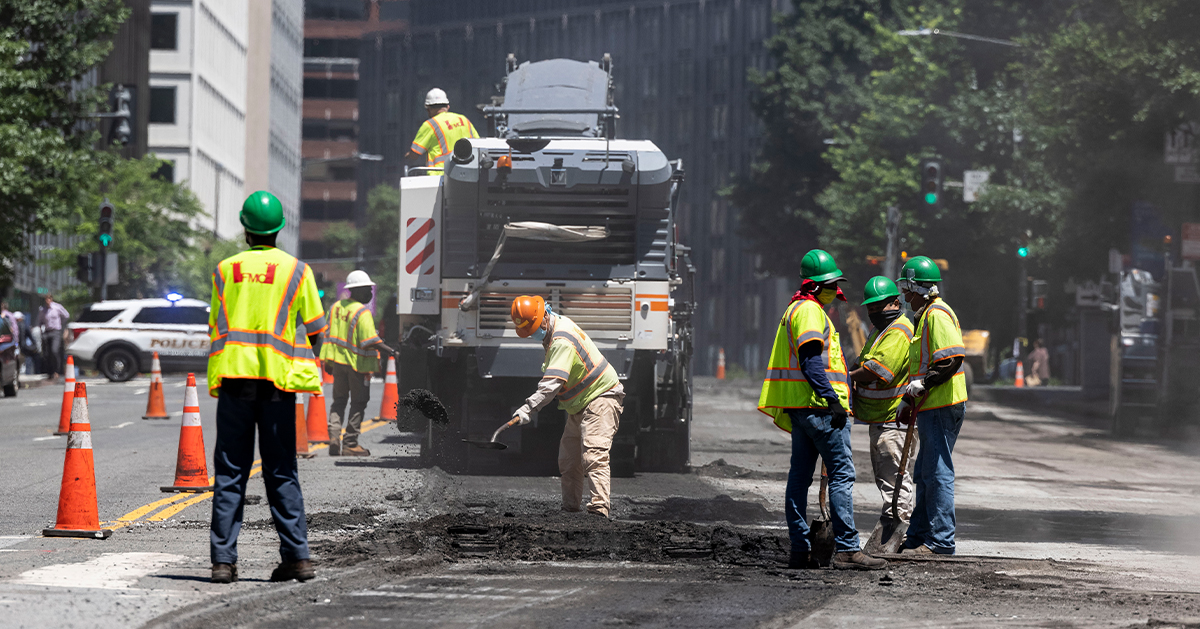 What Impact Does Infrastructure Investment Have on the Economy?

According to Mark Zandi, Chief Economist at Moody’s Analytics:

“Increasing infrastructure investment has significant macroeconomic benefits. Near term it has a large so-called multiplier — the increase in GDP for a dollar increase in investment. It is among the highest compared with other types of federal government spending and tax policy. Long term, economic research is in strong agreement that public infrastructure provides a significantly positive contribution to GDP and employment.”

The Penn-Wharton Budget Model provides some detail about how public infrastructure investment boosts the economy:

The Brookings Institution notes that infrastructure investment can have extremely broad economic benefits that might not show up in some narrow cost-benefit analyses:

“Typically, costs are predominantly monetary. Benefits, by contrast, are often difficult to put into dollar terms. For instance, lead abatement in housing, transportation, and water infrastructure confers health benefits that may in turn improve test scores and lower crime. Precisely quantifying these benefits is challenging. In such situations, it can be useful to calculate how large the unknown benefits would have to be — given the costs, quantifiable benefits, and interest rate — to justify the investment. Policy makers and stakeholders can then decide whether it is plausible that benefits exceed the threshold.”

The Economic Policy Institute suggests that the rate of return on public investment might be quite high:

By contrast, James Pethokoukis of the American Enterprise Institute notes that for an advanced economy like the United States, there should be a particular emphasis on the worthiness of potential investments:

“The point here is that there can be diminishing returns from spending. And we shouldn’t overestimate the impact of infrastructure investment in an advanced, built-out economy like America’s. As economist Edward Glaeser has written, ‘While infrastructure investment is often needed when cities or regions are already expanding, too often it goes to declining areas that don’t require it and winds up having little long-term economic benefit.’”

Finally, the Congressional Budget Office notes that the economic returns from infrastructure spending are dependent on myriad traits of the spending itself:

“The economic and budgetary effects of increased infrastructure spending could be larger or smaller depending on the details of the infrastructure policy as well as its financing. The effects depend on many factors, including the following: how state and local governments respond to additional federal funding; how quickly funding leads to outlays; how quickly outlays increase productivity; how much outlays increase productivity; and how outlays are financed.”

Would Deficit Financing Have an Impact on the Economic Effects of Infrastructure?

While the economic benefits of infrastructure are widely accepted, a number of policy experts caution against the competing negative effects of deficit financing such spending.

The Congressional Budget Office notes that deficit financing would mitigate the positive effects on the economy of investments in infrastructure:

“. . . if the increase in investment spending was financed by added federal borrowing, three factors would influence the economy. First, productivity would rise, increasing GDP over time, as in the previous case. Second, the increase in federal borrowing would reduce the amount of money available for private investment, damping GDP in later years. And third, because there would be no offsetting reductions in spending, total federal spending would increase, boosting overall demand and GDP during the first several years.”

The Penn-Wharton Budget Model also identifies the mitigating impact that deficit financing can have on the economic returns from infrastructure investment:

“When it is proposed that federal infrastructure investment be paid for with new debt, instead of current revenues, policy makers must take into account the additional debt-service payments that will be incurred. Furthermore, if the social benefits from an infrastructure project do not primarily consist of monetary benefits that eventually raise tax revenue (and if user fees are not practical or desirable), then debt finance merely delays the problem of paying for the infrastructure.”

How Could Those Economic Factors Play Out in the Current Context?

The bipartisan bill currently advancing in the Senate would spend $550 billion on new physical infrastructure investments.

According to a fact sheet that was released by the White House, that package would include:

According to the official cost estimate of the legislation that was published by the Congressional Budget Office, the cost of the provisions would only partially be offset; on net, the bill would increase deficits by $256 billion from 2021 to 2031.

Analyses of an earlier version of the bipartisan infrastructure package, which would have been slightly larger, offer insight into the economic effects that could be expected from the updated infrastructure package that is now being debated. Moody’s Analytics estimated that the earlier package would have a substantial impact on GDP over the next several years. It would cause real (inflation-adjusted) GDP to grow faster — at a rate of 2.9 percent in 2023 and 2.4 percent in 2024, as opposed to 2.3 percent and 2.2 percent, respectively, in the absence of the package. In 2031, the economy would be 0.14 percent larger and there would be 100,000 more jobs.

By contrast, the Penn-Wharton Budget Model estimated that the earlier package would have no impact on GDP at the end of the 10-year window. They noted that the package’s spending would have outpaced its increase in revenues, which would have led to a level of debt 0.4 percent higher than the baseline in 2031. The analysis also considered some of the pay-fors to have the effect of increasing debt relative to the baseline.

Economists generally agree that federal infrastructure investment can have significant positive impacts on the economy. However, those benefits are a function of the size of the infrastructure investment and are mitigated in significant ways if the package is deficit financed. Lawmakers, to their credit, are pursuing ways to pay for some or all of their priorities, an important recognition of our nation’s unsustainable fiscal outlook. In the words of Foundation CEO Michael Peterson, “It is encouraging that leaders in the U.S. Senate have reached an historic bipartisan agreement to invest in national infrastructure.” However, lawmakers “should ensure that this new spending is fully funded with transparent, credible offsets.”

Related: What’s in Biden's Infrastructure Plan and How He Proposes Paying for It