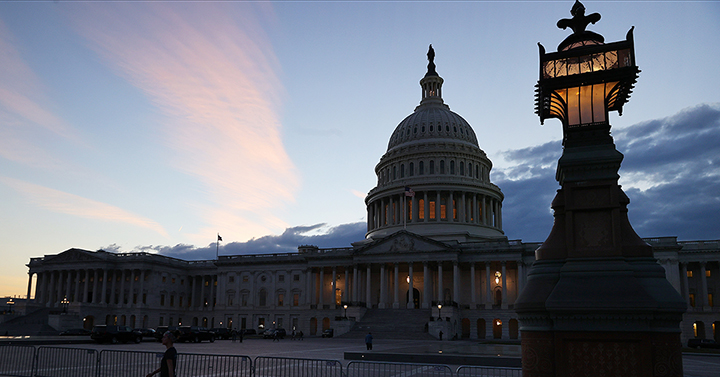 Today, the Congressional Budget Office (CBO) released its first set of budget and economic projections since July 2021. This is the first report since the Federal Reserve began a period of monetary tightening to curb inflation, and it shows sharply higher interest cost projections in the budget outlook. While this year’s deficit looks much better primarily due to the expiration of pandemic relief programs, CBO projects that the deficit will soon begin to climb again. Overall, the report indicates that the nation remains on an unsustainable fiscal trajectory due to a structural mismatch between spending and revenues. Below are some key takeaways from the report:

1. Interest costs will grow rapidly. As the Fed continues to raise interest rates to battle high inflation, interest costs rise significantly. Over the upcoming decade, CBO projects that net interest payments will total $8.1 trillion; relative to the projection issued last year, such payments are higher by $1.9 trillion between 2022 and 2031. As a percentage of gross domestic product (GDP), net interest would double from 1.6 percent in 2022 to 3.3 percent in 2032; if the projection comes to pass, that ratio would be the highest recorded since 1940 (the first year for which such data are reported).

2. CBO’s latest projections show a worse fiscal outlook compared to those from July 2021. In July 2021, CBO projected that deficits from 2022 to 2031 would total $12.1 trillion. In the latest report, CBO projects a cumulative deficit of $14.5 trillion over that period. Legislation that increased appropriations for infrastructure and other programs led to higher projections of spending when extrapolated across the 10-year period. Economic factors boosted projections for both revenues and spending on inflation-sensitive programs; interest costs increased substantially as well.

3. The national debt remains historically high. CBO projects that debt held by the public will be 98 percent of GDP this year — down slightly from nearly 100 percent last year, but nevertheless one of the highest levels ever recorded. By 2031, the ratio would exceed its previous high of 107 percent. CBO also projects that by 2052, debt would be nearly twice the size of the economy (185 percent of GDP).

4. Deficits will recede from their highs during the pandemic, but the structural imbalance between spending and revenues will grow larger over the decade. According to CBO, the budget deficit will be $1 trillion in 2022, which is considerably less than the $3.1 trillion recorded in 2020 and the $2.8 trillion recorded in 2021. That decline is largely due to the waning of federal support that was enacted in response to COVID-19 and improved economic conditions. However, by 2032, the budget deficit is projected to grow to $2.3 trillion — with spending exceeding revenues by 34 percent.

5. Inflation is high and interest rates are rising. Inflation has risen recently, in part due to the large amount of federal support provided in response to the pandemic. Prices, as measured by the CPI-U, rose by 4.7 percent in calendar year 2021 — the highest increase since 1990. CBO projects that inflation will peak at 6.1 percent in 2022, before dropping to 2.4 percent in 2024 and remaining around that level through 2032.

In addition, interest rates are projected to rise over the next decade, as the Federal Reserve has begun to raise rates in an attempt to combat inflation. Current 3-month Treasury bill rates are around 1.1 percent and CBO projects that such rates will peak at 2.6 percent in 2025 before settling at 2.3 percent in 2027. Similarly, 10-year notes are currently around 2.8 percent; CBO projects that they will reach 3.8 percent by 2028 and remain at about that level through the end of the projection period.

6. Outlays for Social Security and major healthcare programs will also drive the growth in spending. CBO projects that outlays for Social Security and the major healthcare programs (Medicare, Medicaid, premium tax credits and related spending, and the Children’s Health Insurance Program) will increase from 11 percent of GDP in 2022 to 13 percent in 2032; much of that increase is attributable to Medicare. Over that period, all other non-interest spending would decline to 8 percent of GDP, which would be well below its 50-year average of 11 percent.

7. Revenues are projected to grow, but not as fast as outlays. The recent economic recovery from the pandemic-induced recession has contributed to a spike in revenue collection. CBO anticipates that such growth will recede; however, certain individual income tax provisions are set to expire in December 2025, which would provide a boost to revenues afterwards. Overall, CBO projects that revenues will remain relatively stable over the next decade as a share of GDP.

Overall, the latest CBO report shows that the economy has continued to recover from the shock of the COVID-19 pandemic, but that structural budgetary issues remain. Higher inflation and interest rates will pose challenges for the federal budget if lawmakers do not work to find a better long-run balance between the growth of spending and revenues.