Will Allowing Medicare to Negotiate Prices of Prescription Drugs Result in Cost Savings? 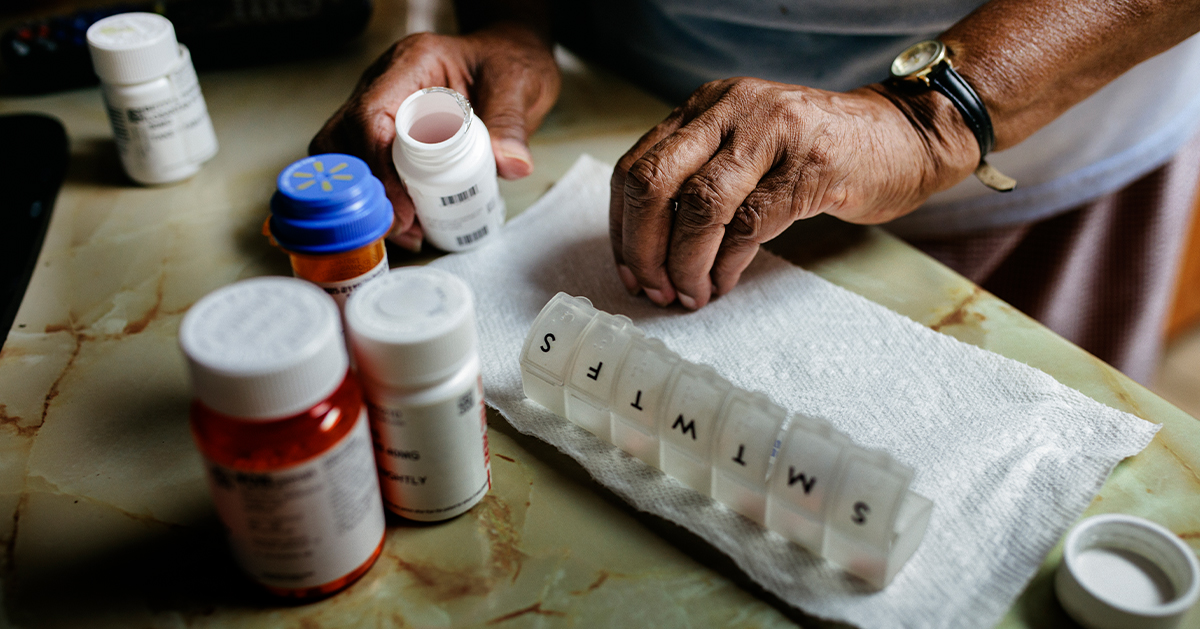 Healthcare costs are notoriously high in the United States, and the price of prescription drugs is a big reason why. On the national level, Medicare accounts for about one-third of prescription drug spending. To combat the rising costs of that component of the program, legislation under development in Congress includes a price negotiating mechanism that could work to reduce Medicare spending if enacted into law.

Spending on Prescription Drugs is Higher in the U.S. Compared to Other Countries

The United States spends nearly three times the average of other developed countries per capita on healthcare, which is in large part due to high drug costs. A 2021 study by the RAND Corporation, a nonprofit research organization, found that the cost of brand-name drugs in the United States was more than triple the cost of those same drugs in other developed countries. One reason for this is that there are loopholes that allow pharmaceutical companies to extend or create new patents in the United States — many of which are not actually new drugs. Such patents decrease competition, restrict generic versions from being produced, and thereby allow companies to charge higher prices here compared to other countries. There are a number of other factors that contribute to other countries paying different prices on prescription drugs, but much of it comes down to the lack of regulation or negotiation of drug prices in the United States.

How Would Medicare Negotiate Prices?

Currently, Medicare is prohibited from negotiating prescription drug prices with manufacturers, which contributes to the government having to pay for medications at relatively higher prices. Medicare Part D is an optional segment of the program that helps beneficiaries pay for prescription drugs. If the provisions under discussion to negotiate prices are enacted, the U.S. Department of Health and Human Services (HHS) would be allowed to negotiate prices for up to 10 drugs in 2025 and 20 drugs in 2028 and after.

High costs are concentrated among a relatively small number of drugs; the top 100 most costly drugs account for nearly 50 percent of all Part D spending. The goal of price negotiating is to reach a “maximum fair price” that more similarly matches the Average International Market price, which represents the average price in six countries: Australia, Canada, France, Germany, Japan, and the United Kingdom. The agreed-upon price would then be made available to insurers and organizations that sponsor Medicare Part D plans as well as commercial payers in group and individual markets. If drug companies do not comply with the negotiation process, a maximum 95 percent excise tax would be invoked.

Would Negotiating Drug Prices Make a Difference for Medicare Recipients?

Overall, allowing HHS to negotiate drug prices would reduce costs both for the federal government and consumers. A recent estimate by the Congressional Budget Office (CBO) of a similar plan to address drug prices showed savings of nearly $300 billion over the upcoming decade.

The concept is already in practice in other agencies of the federal government that provide health services. The Veterans Health Administration, Department of Defense, and Medicaid all have the power to negotiate drug prices, and they pay less than Medicare, on average, for top-selling brand-name drugs. With rising prescription drug expenditures — which cost Medicare $116 billion in 2021 compared to $2 billion in 2000 — price negotiation would be a useful cost-saving tool. In a recent report, the Center for American Progress wrote that “lowering drug prices through negotiation, inflationary rebates, and insulin and cost-sharing caps would allow people — especially those with chronic conditions and disabilities — to access the treatment they need.”

However, the pharmaceutical industry has raised concerns about allowing Medicare to negotiate prices, arguing that doing so will reduce drug innovation, decrease companies’ return on investment, and subsequently lead to fewer drugs being available in the future. CBO estimates that the proposal would lead to 10 fewer drugs out of 1,300 brought to market over the next 30 years.

The price of prescription drugs in the United States is high and rising, with costly consequences both for consumers and for the federal balance sheet. Allowing Medicare to negotiate drug prices is one promising policy that lawmakers could consider to reduce healthcare spending, lower costs for consumers, and put our nation on a stronger and more sustainable fiscal path.

Related: Infographic: Spending on Prescription Drugs Has Been Growing Exponentially over the Past Few Decades