How Much Does the United States Spend on Prescription Drugs Compared to Other Countries? 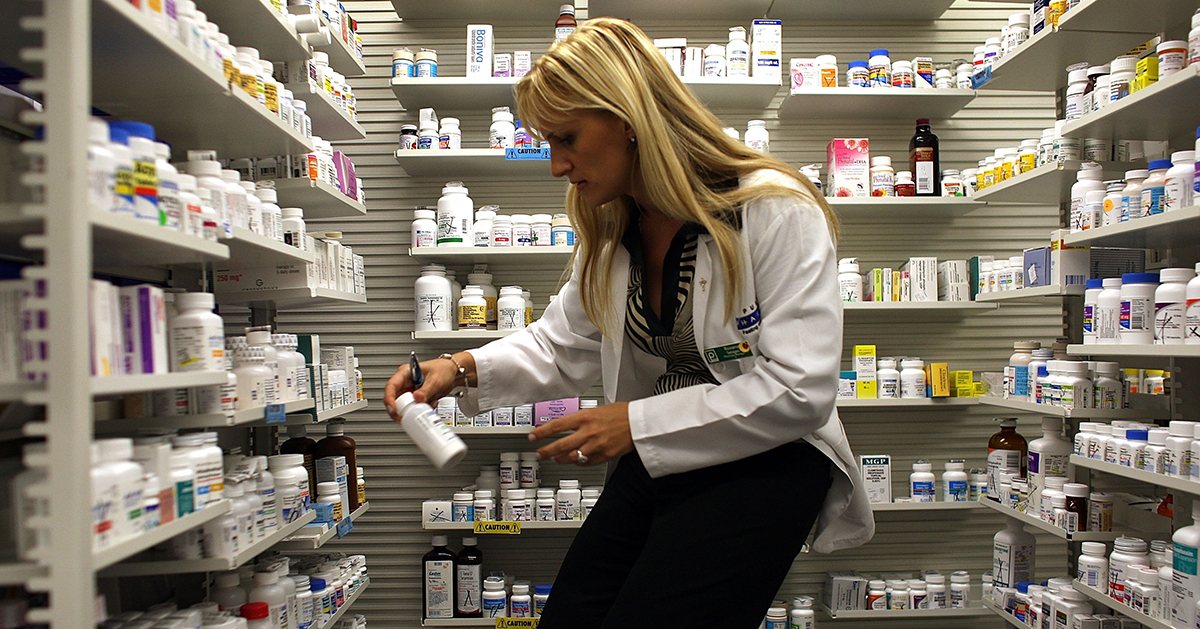 While prescription drug costs only accounted for 8 percent of total U.S. healthcare spending in 2020, the price of such drugs has risen substantially over the last few decades. The United States continues to spend significantly more on prescription drugs than other wealthy nations; comparing America to other nations highlights the extent of the cost burden that prescription drugs currently present to the our healthcare system. In addition, such comparisons have the potential to inform solutions to address high prices in this country.

How Much Does the United States Spend on Prescription Drugs Compared to Other Countries?

The U.S. spends twice as much on prescription drugs as other comparatively wealthy nations, on average. In 2019, the latest year for which data are available, private insurers and government health programs spent $963 per capita on prescription drugs while comparable countries spent an average of $466. In fact, the country with the second-highest amount of spending per capita was Germany ($770, or 20 percent less than the United States).

Why does the U.S. spend more on Prescription Drugs?

According to a 2021 study by the RAND Corporation, a non-profit global policy think tank, prices of prescription drugs in the U.S. are 2.4 times higher than the average prices of nine other nations (Austria, Australia, Belgium, Canada, Germany, Japan, Sweden, Switzerland and the United Kingdom). That higher cost is largely related to brand-name drugs, which are 4.9 times more expensive in the U.S. than in those countries. In fact, brand-name drugs are responsible for 84 percent of total drug costs in the United States despite accounting for only 8 percent of drugs dispensed.

Furthermore, brand-name drugs have experienced a swift increase in their cost over the last decade, aiding in the rise of per-capita spending. The chart below exemplifies the significant price disparities found across several brand name prescription drugs. Notably, Harvoni, a drug to treat Hepatitis C, cost almost $8,000 more than the average price of the drug in other nations. Such price gaps can be observed for several other brand-name drugs, such as those used for common disabilities such as arthritis.

Utilization is another factor that contributes to how much a country spends on prescription drugs, although many experts contend that it is not currently a major driver for the U.S. According to the Peterson-Kaiser Family Foundation Health System Tracker, the share of adults who reported taking one or more prescription drugs on a regular basis ranged from 47 percent to 58 percent across wealthy countries. The United States, at 58 percent, is on the high end of that range.

However, when taking defined daily dosage (DDD) into account – a metric used to estimate prescription drug consumption and observe changes in drug utilization over time – per capita drug consumption in the U.S. is actually lower than other advanced countries, according to the IQVIA Institute for Human Data Science; a multinational firm focusing on healthcare analytics and clinical research.

There has been a notable and consistent rise in U.S. drug utilization over the years, likely because of the way in which the delivery system for pharmaceuticals functions. In the U.S.’s fee-for-service system, physicians are paid based on the number of services provided and pharmacies are reimbursed depending on the number and length of time for which prescriptions are filled. The structuring of this system has facilitated an environment where physicians have a financial incentive to prescribe medications to patients rather than exploring alternative interventions — ultimately leading to increases in drug spending. A study on national trends in prescription drug expenditures and projections for 2021 by Oxford University Press Public Health Emergency Collection found that utilization increases across all healthcare sectors were one of the main drivers in growth of pharmaceutical expenditures between 2019 and 2020 (an expenditure increase of 4.9 percent).

How Can Data on Spending on Prescription Drugs in Other Countries Inform U.S. Policy?

The persistence of high prescription drug prices in the U.S. not only exacerbates national budgetary challenges, but also compounds existing issues within the healthcare system, such as the large population of uninsured Americans (28 million people) who already experience high out-of-pocket costs for medical treatments. The experience of other countries may inform solutions in the U.S.

A number of countries — France, Germany, Sweden, and the United Kingdom — allow for negotiation on drug prices. The U.S. has historically opted for a free market approach towards pricing; however, provisions in the recently enacted Inflation Reduction Act of 2022, will now allow Medicare to negotiate prices for certain prescription drugs. According to the Kaiser Family Foundation, between 2019 and 2020, half of all drugs covered by Medicare experienced price increases above the rate of inflation and one-third of those faced price increases of 7.5 percent or more. With the introduction of negotiation of prescription drug prices, the U.S. would be closer in line with the policies existing across other nations; in addition, the Congressional Budget Office estimates that such negotiation will save the federal government $99 billion over the next decade.

A proposal from the Centers for Medicare and Medicaid Services during the Trump Administration advocated for the introduction of an international price index (based on drug prices of 16 other nations) as another spending control that has proven successful in lowering drug costs across other health markets. A price index could limit costs under Medicare Part B, which covers drugs typically received by a patient at a doctor's office or as a form of outpatient care in a hospital, thereby helping to drive down U.S. drug prices to become closer to international standards. The Centers for Medicare and Medicaid Services, a federal agency that is responsible for administering the Medicare program, estimated that the index could reduce spending on included drugs by 30 percent.

The United States has a valuable opportunity to study the success of peer nations that have been able to keep drug prices low through negotiations, regulation, and provision of a greater number of low-cost alternatives. Through the implementation of similar policies, the U.S. can decrease spending and increase efficiency in our healthcare system, helping to ensure that drugs are not only accessible, but also a sustainable component of our nation’s fiscal future.

Related: How Does the U.S. Healthcare System Compare to Other Countries?