How Did the Pandemic Affect the Way We Look at Deficits? 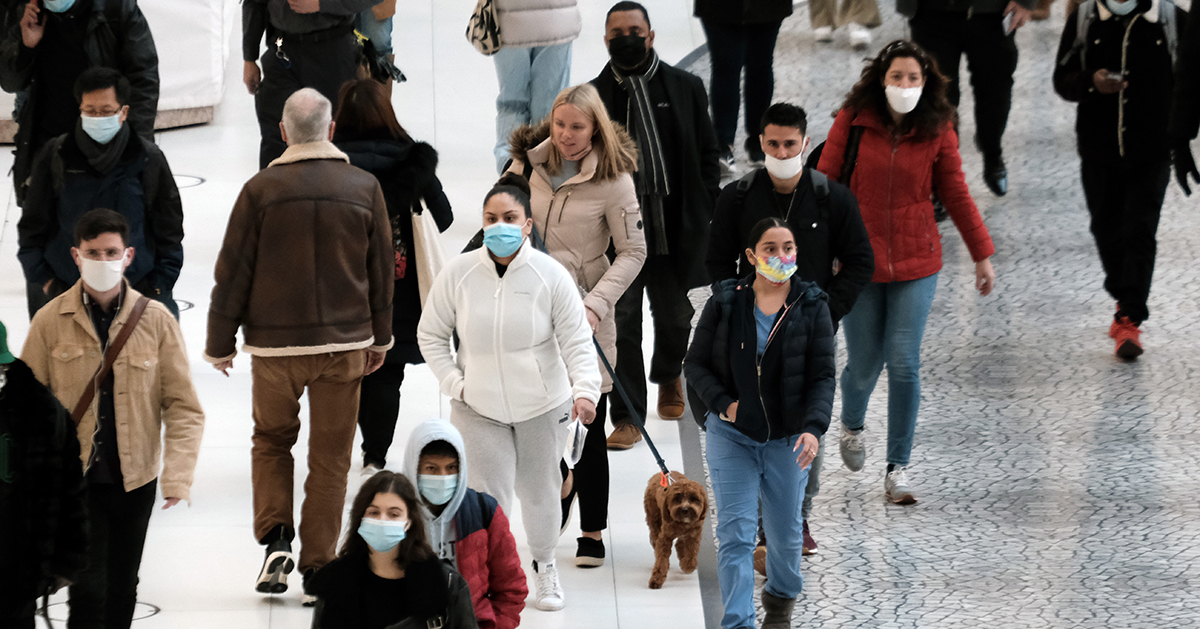 The pandemic caused a severe economic slowdown that reduced tax revenues and generated a set of large legislative responses. As a result, the deficit in 2020 and 2021 ultimately came in much higher than expected. By contrast, deficit projections for 2022 to 2030 have barely changed, despite the global health and economic challenges that emerged over the past two years. This blog post examines the evolution of deficit projections from the Congressional Budget Office (CBO) between March 2020 and May 2022 and how such changes affected the nation’s fiscal outlook.

In March 2020, CBO projected deficits of $1 trillion per year for both 2020 and 2021. But that month, shutdowns in response to the pandemic took place and the economy declined rapidly. In response, lawmakers enacted major new pieces of legislation that, in addition to lower revenues from the downturn, increased the deficit in those years. The Coronavirus Aid, Relief, and Economic Security (CARES) Act increased the deficit for 2020 by over $2 trillion. Some of the cost carried over to 2021, which also swelled as a result of additional legislation such as the Consolidated Appropriations Act of 2021, and the American Rescue Plan Act of 2021. In the end, the deficit for 2020 was $3.1 trillion, and the deficit for 2021 was $2.8 trillion — each significantly larger than any other year in U.S. history in dollar terms.

While lawmakers did enact new major pieces of legislation that affected deficit projections through 2030 — such as the American Rescue Plan Act of 2021, the Infrastructure Investment and Jobs Act, and appropriations for 2021 and 2022 — such effects were mostly offset by changes to economic projections and technical revisions. CBO estimates that legislative actions increased projected deficits by $3.4 trillion over the 2022–2030 period; however, revised economic assumptions and technical adjustments led to a reduction in projected deficits during that period of $3.0 trillion.

Revisions to CBO’s economic assumptions over the past two years improved cumulative deficit projections for 2022 to 2030 by $1.8 trillion. First, over the course of the pandemic, the agency’s projections of interest rates have been revised downward. In March 2020, CBO projected that in 2022, the average interest rate on debt held by the public would be 2.3 percent whereas by May 2022, that projection was revised down to 1.9 percent.

Second, CBO’s projections of revenues for 2022 to 2030 have been revised upward during the pandemic as a result of stronger than expected economic growth — thanks in part to the positive economic effects of the new legislation that was enacted in response to the pandemic. Such increases in projected revenues offset 92 percent of the increases in projected outlays. However, recent economic developments indicate that revised expectations for both interest rates and economic growth could lead to higher projected deficits in CBO’s next report.

A third category, known as technical changes, which cannot be explained by legislative or economic developments, also helped to offset the deficit-increasing effects of the pandemic legislation. One example of such a change is that in May 2022, CBO substantially increased its projections of revenues from the individual income tax to reflect the fact that actual collections had been coming in stronger than what would be expected based on the latest economic data and budgetary effects of recently enacted legislation. All told, technical changes improved cumulative deficit projections for 2022 to 2030 by $1.3 trillion.

The COVID-19 pandemic required a substantial legislative response, which drove up deficits for 2020 and 2021. However, as the costs of that response wane, deficits from now through the end of the decade remain on roughly the same path that was projected before the pandemic. Nonetheless, that path is unsustainable. Ultimately, the pandemic exacerbated existing fiscal challenges, but the real problem remains our longstanding structural debt that is driven by a mismatch between spending and revenues. Lawmakers should start to address this structural mismatch to put our nation on a more sustainable path, while ensuring that we are prepared to address unknown challenges and crises of the future.

Related: What Is the Primary Deficit?