The Federal Government Has Borrowed Trillions, But Who Owns All that Debt? 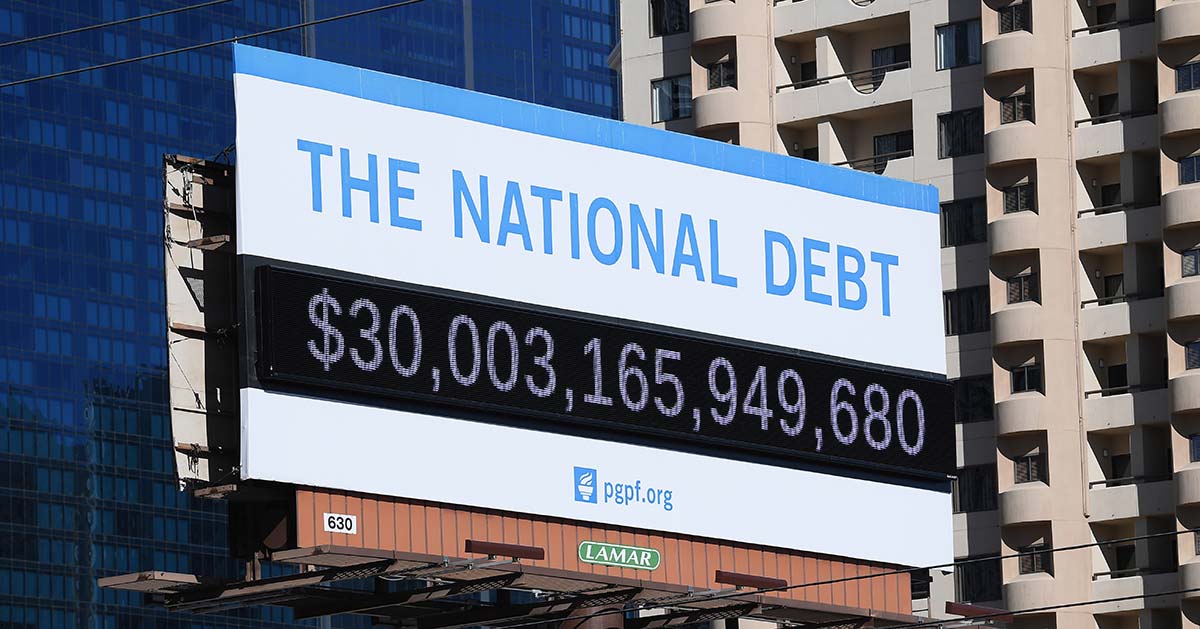 At the end of 2021, the nation’s gross debt had reached nearly $30 trillion dollars. Of that amount, about 20 percent, or $7 trillion, was intragovernmental debt — which simply records transactions between one part of the federal government and another.

Here, we are looking at the other 80 percent, known as debt held by the public. That approximately $23 trillion represents cash borrowed from domestic and foreign investors.

Debt held by the public (DHBP) is the amount that the Treasury has borrowed from outside lenders through financial markets to support government activities. Economists view DHBP as the most meaningful measure of debt; high levels of such debt, typically measured as a percentage of gross domestic product (GDP), can crowd out private investments in the economy, make it more difficult to respond to economic crises, and generate other concerns.

As of December 2021, DHBP was $23.1 trillion, or 96 percent of GDP. That borrowing came from both domestic and foreign creditors, with the former holding about two-thirds of it.

Domestic holdings of federal debt have increased notably over the past decade, rising from $6.0 trillion in December 2011 to $15.4 trillion at the end of December 2021. The Federal Reserve, which purchases and sells Treasury securities as a means to influence federal interest rates and the nation’s money supply, is the largest holder of such debt.

In fact, the central bank has doubled its borrowing over the past couple of years as part of its effort to mitigate the economic impact of the COVID-19 pandemic, with its holdings rising from $4.3 trillion in mid-March 2020 (around the time that many businesses shut down) to $9.0 trillion in early June 2022. However, the Fed has recently begun reducing the size of its balance sheet to combat high inflation.

Foreign ownership of U.S. debt, which includes both governments and private investors, is much higher now than it was 50 years ago. In 1970, total foreign holdings accounted for $4.9 billion, or just 5 percent, of DHBP. As of December 2021, such holdings made up $7.7 trillion, or one-third, of public debt. Of that amount, 54 percent was held by foreign governments while private investors held the remaining 46 percent. Because Treasury securities are backed by the full faith and credit of the U.S. government, creditors including foreign investors often view lending to the United States as a safe investment.

In recent years, however, the foreign share of DHBP has declined due to the rapid growth in purchases by the Federal Reserve in response to the economic effects of the COVID-19 pandemic. Foreign holdings peaked at 48.5 percent of DHBP in 2011, but dropped to 33.0 percent at the end of 2021.

Japan and China hold significant shares of U.S. public debt. Together, as of December 2021, they accounted for $2.4 trillion, or about 10 percent of DHBP. While China’s holdings of U.S. debt have declined over the past decade, recently falling below $1 trillion for the first time since 2010, Japan has slightly increased their purchases of U.S. Treasury securities. Investors in many other countries — including the United Kingdom, Switzerland, and Ireland — have increased their holdings of U.S. debt as well.

Foreign ownership of U.S. debt can have implications for the nation’s economy and financial markets. When foreign investors purchase Treasury securities, the federal government must send income abroad in the form of interest payments. On the one hand, that foreign investment may help increase U.S. economic activity if the money borrowed from such investors is used for productive purposes, like stimulating an economic recovery or funding investments in the nation’s economy. On the other hand, some analysts note that more foreign-owned debt reduces the control of financial markets in the U.S. and more income sent abroad means less is available for domestic investors.

What Does All This Debt Mean For the Federal Budget and the Economy?

The amount of federal debt issued to the public can affect the country’s fiscal and economic health in a number of ways. The nation’s high and rising levels of such debt can affect economic growth and poses a number of risks; it could:

Until lawmakers in Washington agree on a fiscally sustainable approach to the federal budget, public debt will continue to rise — threatening important safety net programs as well as domestic and foreign confidence in U.S. markets that can eventually chip away at economic opportunities for Americans.

Related: What is the National Debt Costing Us?