Does UK Crisis Hold Fiscal, Economic Lessons for US Policymakers? 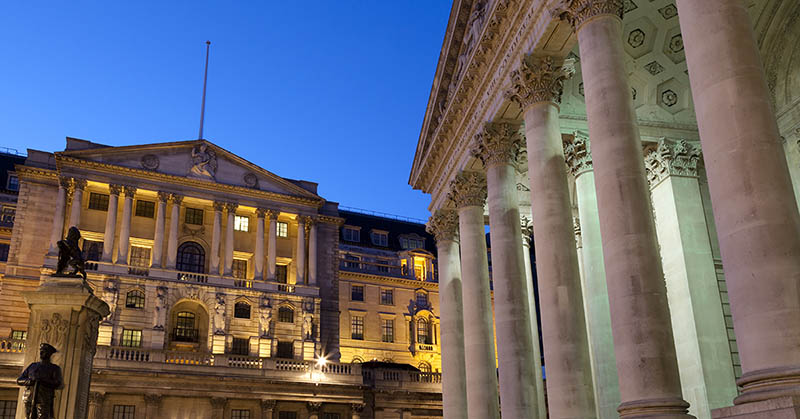 The United Kingdom is enduring a fiscal, economic, and monetary crisis that has caused significant turmoil in financial markets and political instability.

There are many critical differences between our two nations, but are there lessons to be learned by US policymakers from the UK predicament?

In response, many observers expressed deep concerns about the fiscal impact of the budget proposal — in particular, that such stimulus during a time of high inflation would cause interest rates to rise even higher, thereby boosting interest owed by the government and affecting mortgages, pensions, and other financial products.

A New York Times story described the fallout: “The market’s swift, withering verdict on Ms. Truss’s tax-cutting agenda shattered her credibility, degraded Britain’s reputation with investors, drove up home mortgage rates, pushed the pound down to near parity with the American dollar, and forced the Bank of England to intervene to prop up British bonds.” The episode caused a global investment panic and rippling economic uncertainty, leading to Truss’ resignation as Prime Minister after just 45 days in office.

What Are the Experts Saying?

As the crisis unfolded, economic experts in the UK and around the world raised alarm bells about the underlying policy, its fiscal impact, and its economic repercussions. Many observers highlighted the danger presented by a large package of spending increases and tax cuts during a time of high inflation and rising interest rates.

For example, the International Monetary Fund released a statement outlining its concerns on Sept. 27:

“We are closely monitoring recent economic developments in the UK and are engaged with the authorities. We understand that the sizable fiscal package announced aims at helping families and businesses deal with the energy shock and at boosting growth via tax cuts and supply measures. However, given elevated inflation pressures in many countries, including the UK, we do not recommend large and untargeted fiscal packages at this juncture, as it is important that fiscal policy does not work at cross purposes to monetary policy.”

Jonathan Portes, a professor of economics at King’s College London, offered this bottom line on what went wrong in the United Kingdom:

“What we saw here was the combination of the wrong fiscal policy at the wrong time — an unfunded commitment at a time when rates are going up.”

Kenneth Rogoff, a professor of economics at Harvard, said that could be a problem in other countries:

“What is really worrisome now,” he said, is that the situation in Britain “might be the canary in the coal mine as global interest rates keep soaring, especially as they do not seem likely to come down anytime soon.”

Jason Furman, chairman of the Council of Economic Advisers in President Obama’s administration, warned that the US should not follow suit by borrowing more in this era:

“Any more big additions to the deficit are really risky. We saw the UK heavily punished for that, and so I think that would be quite problematic.”

“The lesson of the UK is, markets are going to be much more vigilant about any fiscal plan in this environment, particularly for countries that have a large debt stock that are potentially going into an economic downturn and are seeing interest rates move substantially higher. You have to be really careful.”

“The events in Britain are a sign that the era of the free lunch is over. In the last 15 years, rich countries could enact fiscal stimulus, cut taxes, and massively replace lost income without worrying too much about inflation, or spiking interest rates. It is becoming clear that we're now in a world with more explicit tradeoffs. The new British government was moving forward in that old framework, and markets are forcing them to rethink.”

Lessons for the United States

There are many differences between the political, fiscal, and economic systems of the United Kingdom and the United States, including America’s much larger overall economy, the strength of the dollar as the world’s reserve currency, the complexities of Brexit and UK’s parliamentary system, and more. However, both countries have high debt loads that are set to grow significantly as a percentage of their respective GDP over the coming decades, and both are dealing with rising interest costs consuming substantial portions of their budgets and high inflation causing concern among their citizens.

One main lesson of the UK episode is that an unsustainable fiscal outlook can complicate and worsen financial or economic crises when they arise. And, by the same token, a solid fiscal foundation makes a nation, and an economy, more stable, better prepared, and better able to respond to the unexpected.